Defining Orchestration and Drinking The Docker Kool-Aid at IDF 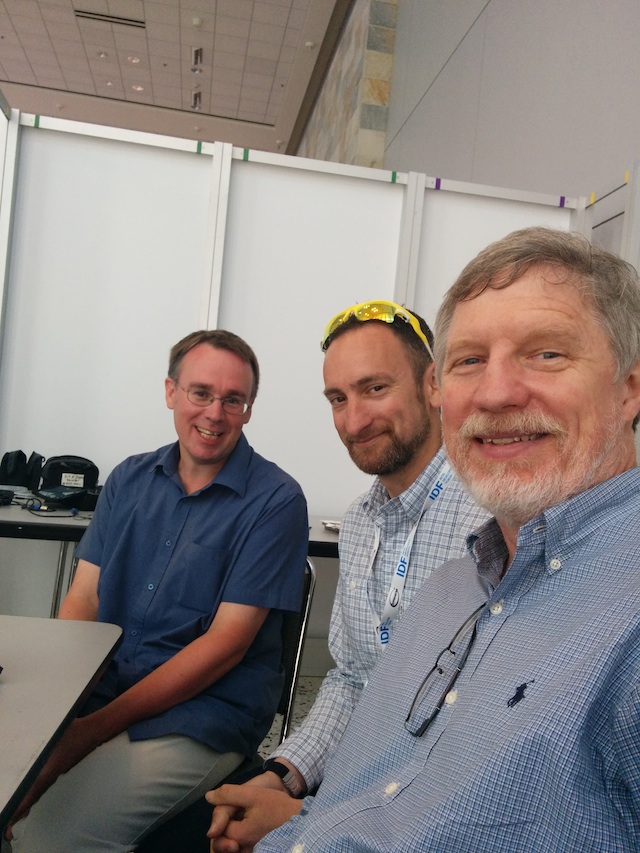 We took The New Stack Analysts show to the Intel Developer Forum this past week. On the eve of the conference, I gathered with Billy Cox of Intel and two respected cloud analysts: Ben Kepes of Diversity Limited and Paul Miller of Cloud of Data.

#13: Defining Orchestration and Drinking The Docker Kool-Aid at IDF

I wanted to know how the conversation about the data center has changed in the last year. Has the change been that significant? Cox has some perspectives about a data center that works entirely by itself, commanded by people from some distant place; Miller has perspectives about Google Kubernetes and Kepes keeps it real.

But, I think DevOps is a step backward. Instead I propose NoOps. The goal of NoOps is also to improve the process of deploying applications. But, NoOps means that application developers will never have to speak with an operations professional again. NoOps will achieve this nirvana, by using cloud infrastructure-as-a-service and platform-as-a-service to get the resources they need when they need them. Of course, this is not just about getting virtual machine instances. It is also about release management. Ops can run this public, private, or hybrid infrastructure and give developers the tools they need to responsibly deploy applications faster.

Today this concept does not seem so far fetched. It’s now about the data center as entirely programmable like some giant computer. Google Kubernetes gives some credence to the notion of the big computer that runs by itself. And so does Apache Mesos as well as hosting services such as CoreOS for managing containers.

Billy Cox said most definitely, with a new focus on the data center more so than speeds and feeds.

It’s the convergence that’s apparent and that is leading to new views about orchestration as illustrated in Google Kubernetes.

The software defined story is a crucial part of the automation. It’s now important to call physical resources with software. It is why Google Kubernetes is so interesting as one aspect of the management layer.

But the term orchestration is used and abused.

It is important to talk about orchestration for software networking, storage, etc. said Billy Cox:

Orchestration to me is not just lights out, it’s people gone.

But containers are not the only answer. There are billions of virtual machines and that’s not going to change. Still, there is this emerging confusing mix of VMs and containers. Some form of orchestration is needed to do the work.

What you can do is standardize what you expose. This is increasingly important as IT gets more accustomed with programming the infrastructure with APIs. Servers can be configured based on performance goals.

Now comes the question: Does an Amazon customer want that level of access or is that optimization offers as a service? More so, it is a balance of what detail to expose.