How New Relic Adapted When the Enterprise Came Calling 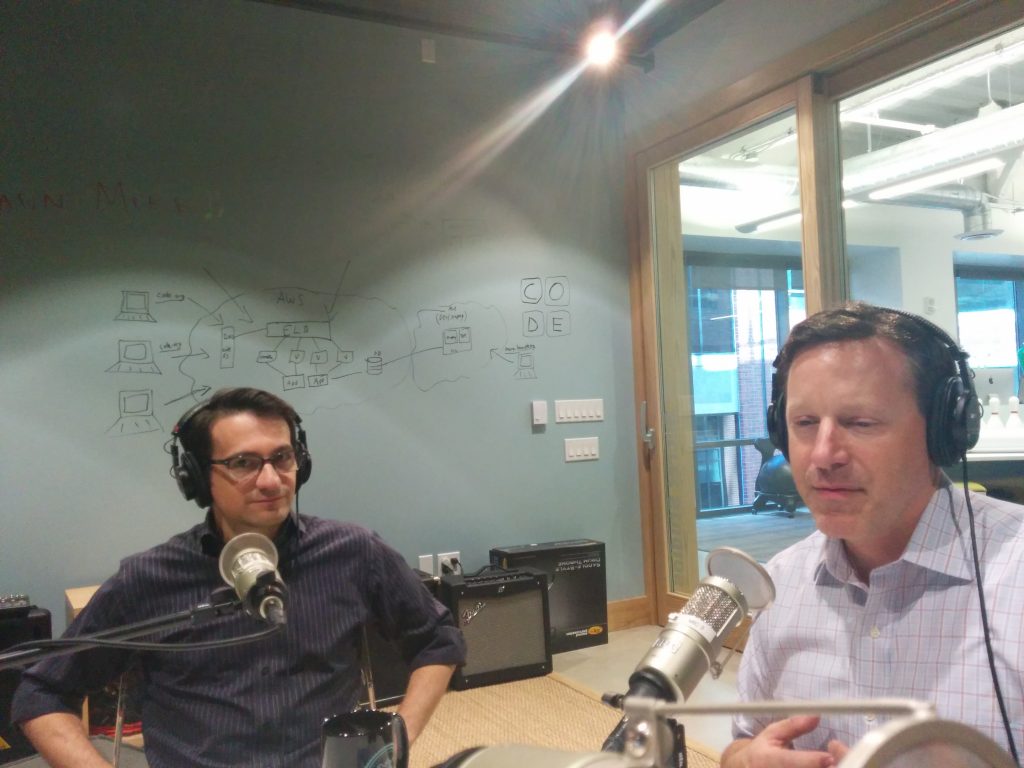 FutureStack starts tomorrow with developers coming to San Francisco’s Fort Mason for the New Relic event. It is primarily a conference for people whom New Relic affectionately calls “data nerds.” These days, the term is applicable to a far larger community than ever before. Increasingly, there is a growing community of less technical people who are interested in becoming more adept at building their own apps and finding ways to monitor them, too.

New Relic serves as a case study for a company that is adapting to this shift in business interests.  From a new stack perspective, we are increasingly curious about how developer tool companies are changing as tools become more acceptable and the overall market continues to grow.

The shifts that happen when the enterprise comes calling served as a topic of discussion last week with Trinity Ventures‘ Dan Scholnick and New Relic’s Bill Lapcevic.  Scholnick has been a board member at New Relic since 2008 and is now a General Partner at Trinity. Lapcevic is New Relic’s Vice President of Customer Success and Business Development. They joined The New Stack Founder Alex Williams over a cup of San Francisco’s Ritual Roasters coffee, which without a doubt helped them savor the conversation as it drifted into topics about the mechanics of running a developer tool business.

#16: How New Relic Adapted When the Enterprise Came Calling

“If you’ve been on the internet at all, you’ve probably seen one of our ads,” Lapcevic said. “It’s not the brand marketing that has to change” when shifting from a SaaS marketing strategy geared toward small and medium-sized businesses to a SaaS sales strategy targeting enterprise companies.

Bill knows that it’s necessary to bring the complete story, because, “from an enterprise perspective, they need other information other than, ‘This is what I do. This is why you care. Try the product.’ They also want to know, ‘Who else is using the product? Who else like me is using the product?’ So, you might find suddenly you have to do a lot more in-depth case studies. They often like to look at white papers. They like to look at things like Gartner Analyst reports to help them make decisions, so if you’re not working with those analysts in the right way and helping shape their vision, and listening to what they have to help you shape your vision, then you’re going to miss the boat there as well.”

Scholnick is convinced that the quality of the product carries the day, no matter the size of the business consumer. Potential enterprise clients will try the product, “then they’d talk to our sales folks and say, “we need x, y and z enterprise feature.’ And we’d say, ‘Sorry, we can’t do that.’ And they’d walk away and say, ‘we can’t buy your stuff; we’re going elsewhere.’ And then two weeks later we’d look at our server log, and, ‘there’s that guy “Bob” from Xyz company who said he couldn’t use us, and they just swiped a credit card and they’re paying us $5000 a month.”

Dan recalls their days before cloud infrastructure, when potential clients would tell them how much they liked what New Relic offered, but they wanted it on-premises, ostensibly due to security and privacy concerns.

How does a company counter such a customer stance?

For starters, says Bill, New Relic endeavored to seek out attainable security compliance and to develop stringent and audit-able policies regarding data privacy. These initiatives integrated into a solid security story that differentiates New Relic in the market. Moreover, “Lew [Cirne, New Relic Founder] had a vision,” Bill recollects, “that SaaS was going to overtake on-premise as the way to build and deploy modern web application software. And what we’re seeing now is that vision is actually accurate, that the market is coming to us…”

Often, developers are already holding the door open. “We targeted, and still target to a certain extent, developers as the primary user of our product,” notes Bill. Even within big enterprises, developers “have a lot more flexibility and they’ve got credit cards.” Developers may have already installed and already begun to use product before any official sales are proposed. When enterprises say “no,” Bill’s counter-stance might be, “you’re already using it and there aren’t any problems.”

Both Dan and Bill allow that sales team growth is a fact of business, but they maintain that being product-driven leads to greater sales success and marketing efficiency. A superior product lays the foundation for the go-to-market logistics. Dan and Bill speak of “The $2000 Minute,” during which the customer experience of the product seals the deal. Dan believes that this crucial experience remains the key sales lever, regardless of the size of the prospect enterprise.

“We call it an ‘Expert Services Team,’” says Bill of their new group who “deliver best practices information to get people to really operationalize their use of New Relic throughout their organization.”

“Another example of the organization having to shift,” Alex notes. “I expect that (the services team) will grow, and I expect you hope it grows.”

Yes, Bill assures, “to the extent that we need to deliver high-level information and expertise to the customer.” However, “it can’t become a crutch for the product, or we won’t be able to scale.”

“You can use services as a crutch and never really improve your product,” Dan adds. “You get addicted to that revenue stream and then you never figure out how to build a product revenue stream because you keep covering up problems with the product with services.”

Indeed, services can be superior product ambassadors, but Dan believes content marketing strategy to be the best marketing tool. “It’s evergreen, and it builds on itself, and you’re constantly getting returns on it, so, over time, it’s much lower-cost than just buying advertising.”

“In the developer tool space it’s very effective,” Alex observes, “as developers are some of the most voracious readers of blogs you can find.” Alex cites the mainstream acceptance of APIs and the greater availability of hands-on technology as two emerging wedges in the enterprise market for developer tools. What are some others?

Dan thinks it may be “the best time ever to be building companies that cater to developers, DevOps, IT folks. One of the biggest disruptions,” through Saas and through cloud, Dan indicates, “is that you can now deliver these types of products and services directly to developers instead of having to go through an IT buyer.” The advent of cloud, and of mobile and tablet platforms are “breaking the entire tool chain,” and reviving the concept of service-oriented architecture.

Bill offers advice for those seeking business opportunity in the SaaS space: think about how to create engagement in your product. “We know that every person who’s touching our software on a regular basis means that product is more sticky, has more growth potential within that organization. The company has a longer lifetime value.” Compared to the cost of acquiring a customer, the longer you can make the lifetime value, the more lucrative your company’s going to be. Access to APIs and ease of integration, for example, remove friction from adoption and create engagement.