Web vs. Mobile vs. Native vs. Open 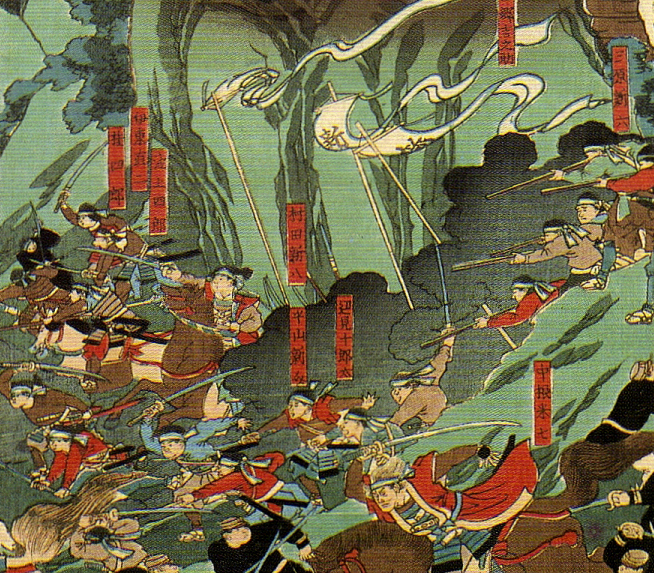 For whom are developers developing? Within what environments will they develop? The answers to these questions will not only shape the next generation of developers, but they will also affect technology development over the next five to ten years.

The New Stack founder Alex Williams offers up this topic to his guests, Jerry Chen, Partner at Greylock, and John Edgar, Chief Technology Evangelist at DigitalOcean, in this edition of The New Stack Analysts podcast.

For more episodes, visit the podcast section of The New Stack.

When John first joined DigitalOcean he spent some time at college hack-a-thons talking to students about their hacks and how they implemented them. “They’re coming out of school with a really deep computer science knowledge,” John observed. And besides, they all had mobile devices in their hands. Not surprisingly, the students’ experience with sharing their current development projects with their friends (and, by extension, the market) was quicker and better with a mobile app than with a web app.

As more and more developers enter the market, says John, “native (particularly the Apple and Google ecosystems) is the direction things seem to be going.” Upon realizing this, John recalls, “alarm bells were starting to go off in my head, partly because our company is definitely one that ties into a web application a lot better than a native application; the story is a lot better there.”

Alex notes from his experience in covering the enterprise that the discussion around mobile app development is happening as much in the boardroom as it is among young college students.

And web on the PC still makes sense for big clients, says Jerry, adding that “the mobile web is sick, not dying; and native apps is taking off.” One reason for the rise of native, Jerry observes, is that the experience is so much better right now. Also, he says, distribution channels, namely the Apple App Store and the Google Play Store, are much better in terms of promotion and discovery. And these large incumbents’ incentive is to encourage native apps versus the mobile web. “They have the ability to differentiate with native apps vis-a-vis each others’ or third parties’. As a result, a ton of information is now being stuck behind native apps.”

As an investor, and also as a user of the Internet, Jerry is concerned. “What was really a free and open sharing of data on the web is now getting hidden behind a bunch of native apps. It doesn’t have to be hidden completely; there’s ways you can still unearth all of this data. But how you interact with their data, how you search, how you use their data via native apps is very temperate.”

Alex is curious about what trends Jerry has observed in the course of hearing companies’ pitches.

Foremost, says Jerry, with every end-user facing application that’s a mobile-first website, it’s usually a native app that the user sees. And, the mobile user experience is markedly different, and affects monetization, for example. Web users are sitting in front of their PCs or Macs having that familiar impression of ads in their browsers. Conversely, “there is some mobile advertising that’s largely dominated by Facebook and a couple other of the major properties, but all of these small apps that don’t necessarily have the same kind of eyeballs, the way you monetize them is either a paywall, a subscription, or event triggers,” such as location awareness or app awareness.

What impact is this gravitational shift having on DigitalOcean? “There’s always going to be a need for abstracted infrastructure,” John maintains, “so it’s not something that we’re particularly concerned about as a short-term issue.”

“In the long term, as we see products like Firebase and Parse start to take off, and Back-end as a Service becomes more abstracted for native applications and these tie-ins to the web, and distributed networks become just an API call away, it’s going to be an interesting space and some interesting competition for cloud providers.”

“We’re going to have to evolve,” admits John. “Because we’re not really focused on the enterprise space, and more focused on the individual developer space, we’re pretty well-equipped and nimble enough to evolve.”

Alex shares some of his research comparing mobile web with native, and with hybrid. So, how about hybrid as a solution?

Jerry thinks hybrid is an evolutionary step toward, “hopefully, a mobile web that can keep up with or match the performance and usability of a native app.” He predicts, “as HTML5 and other standards mature, hybrid apps get a lot more usable as a substitute for native apps.”

“Hybrid apps are a productivity hack,” asserts Jerry. “It’s faster for a web developer to get a mobile app up, and then to use wrappers or SDKs to connect to the functionality of the native device.” Ultimately he’d prefer that, a) mobile web catches up to native, or, b) the tooling gets really good so that it’s almost indistinguishable between the two.

John has yet to meet a hybrid experience that he thinks is very good. “Because of the lack of organization at the web, we haven’t come together as a group of ‘web-makers’ and said, ‘this is a good way of developing applications for the application layer; this is how we want to see it standardized across browsers; this is how we want to deliver and render code through a browser on a multitude of devices.'”

“As a result,” John laments, “we’ve ended up with broken browsers and broken mobile-first websites all over the place, and there hasn’t been good education around a mobile-first mentality for the web; not taking websites and shrinking them down, but understanding what it means to start with the device and move up to the desktop, thinking about the trends of how we’re consuming code.”

“On the web right now, you can link to other websites, the information is a lot more accessible, more easy-to-use,” Jerry explains. “With native apps on the mobile side, that doesn’t hold true.”

Alex asks about how open source, and Docker specifically, plays into this scenario. “There’s a bunch of standards and a bunch of technologies that need to catch up, in terms of languages and tools,” Jerry observes, reminding that it’s still early days, and things still need to coalesce. He hopes that innovation around the mobile web, probably coming from the open source community, will improve those tools and standards.

What, indeed, has begun to coalesce, Alex wonders? One of the use-cases John sees around Docker and the web is portability of the front-end. “That’s been really interesting for front-end developers. But, unfortunately, there hasn’t been as much coalescing as we’d like to see.”

Meanwhile, the mobile market continues to explode, even more so in the non-English-speaking world. “In emerging markets that don’t have this huge corpus of Wikipedia articles or websites because they’re newer to the Internet, it’s okay for them to go mobile first,” Jerry says.

“In fifteen, twenty years from now, a lot of information that we’ll want to access will be in other languages and others countries,” he notes. “We will want to have access to that, either to apps or the knowledge.”

“To the extent that they’re stranded behind a native app experience, we’ll be at a detriment.”

Regarding security, it’s all hands on deck for the foreseeable future, as teams work to shore up the already antiquated web. “Consumers tend to feel that the native world is more secure,” John attests. Not only is the web experiencing a failure of coalescence, but also its brand is suffering from a recent stretch of bad security breaches. John expects this pattern of vulnerability exploits to continue for months to come and, for a technology evangelist, he expresses an inordinate amount of pessimism.

“I don’t think John’s pessimistic,” Jerry assures. “The open, free web has come with a cost.”

“Take a very curated environment like the App Store. You could argue that you can trust the guys who approve for the App Store, and that it’s going to be a lot more secure and better, but at the cost of it being proprietary libraries and native apps. You’d like to see a world where open source and open standards and open mobile web is very secure, and maybe it’ll get better over time, but it’s a trade-off, because by definition of being open you invite more people into the party.”

Lastly, Alex raises the topic of data, its accessibility, and how this applies to the mobile web and native app experiences.

John says he’s witnessing a continued shift toward data as currency, and he bemoans a continuing lack of awareness on the part of the public regarding how their data is being used and stored.

“The optimist in me,” confesses Jerry, “would like to see that in the future we will be given tools to curate and manage our data.”

“There’s a lot of battles to be fought there.”

SHARE THIS STORY
RELATED STORIES
Why Trust and Autonomy Matter for Cloud Optimization State of the API: Monetizing API Deployment Is on the Rise 5 Security Principles to Guide Your DevSecOps Journey How to Get Started Filling 3.4 Million Cybersecurity Jobs OpenSSF Aimed to Stem Open Source Security Problems in 2022
TNS owner Insight Partners is an investor in: The New Stack, Docker.
SHARE THIS STORY
RELATED STORIES
Netlify Acquires Gatsby, Its Struggling Jamstack Competitor Azure Went Dark GPTZero: An App to Detect AI Authorship OpenAI, ChatGPT and the Next Age of 'Build'  OpenSSF Aimed to Stem Open Source Security Problems in 2022
THE NEW STACK UPDATE A newsletter digest of the week’s most important stories & analyses.
The New stack does not sell your information or share it with unaffiliated third parties. By continuing, you agree to our Terms of Use and Privacy Policy.