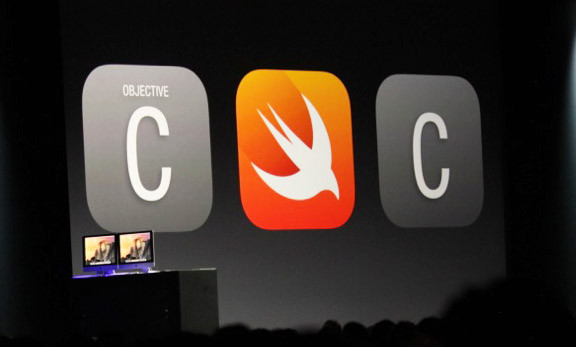 Editor’s Note: Highlight: Discussing the affect Apple CloudKit and Swift may have on IT shops and the developer’s take on open source. — AW

Last week, we did our fourth TNS Analysts show and had a long discussion about Apple’s CloudKit and Swift, the new PaaS and programming language.

Joining us were  Michael Cote of 451 Research and our guest, Sravish Sridhar, CEO of Kinvey, a backend service provider. Kinvey is a founding sponsor of the New Stack. Fellow co-host Donnie Berkholz could not make the show.

And some show notes:

Kinvey is a founding sponsor of The New Stack.

Alex Williams is founder and editor in chief of The New Stack. He's a longtime technology journalist who did stints at TechCrunch, SiliconAngle and what is now known as ReadWrite. Alex has been a journalist since the late 1980s, starting...
Read more from Alex Williams
SHARE THIS STORY
RELATED STORIES
Tutorial: Deploy a Full-Stack Application to a Docker Swarm Deploy a Kubernetes Cluster on Ubuntu Server Using Containerd 3 Container Practices to Boost Your Security Posture Connect to Remote Docker Machines with Docker Context .NET 7 Simplifies Route from Code to Cloud for Developers
TNS owner Insight Partners is an investor in: The New Stack, Docker.
SHARE THIS STORY
RELATED STORIES
Acorn, a Lightweight, Portable PaaS for Kubernetes Deploy a Kubernetes Cluster on Ubuntu Server Using Containerd Acorn from the Eyes of a Docker Compose User What Is Apptainer and How Do You Install It on Ubuntu Server? Can Observability Platforms Prevail over Legacy APM?
THE NEW STACK UPDATE A newsletter digest of the week’s most important stories & analyses.
The New stack does not sell your information or share it with unaffiliated third parties. By continuing, you agree to our Terms of Use and Privacy Policy.