The New Stack and Linux Foundation Survey: What Is the Best Open Source Project? 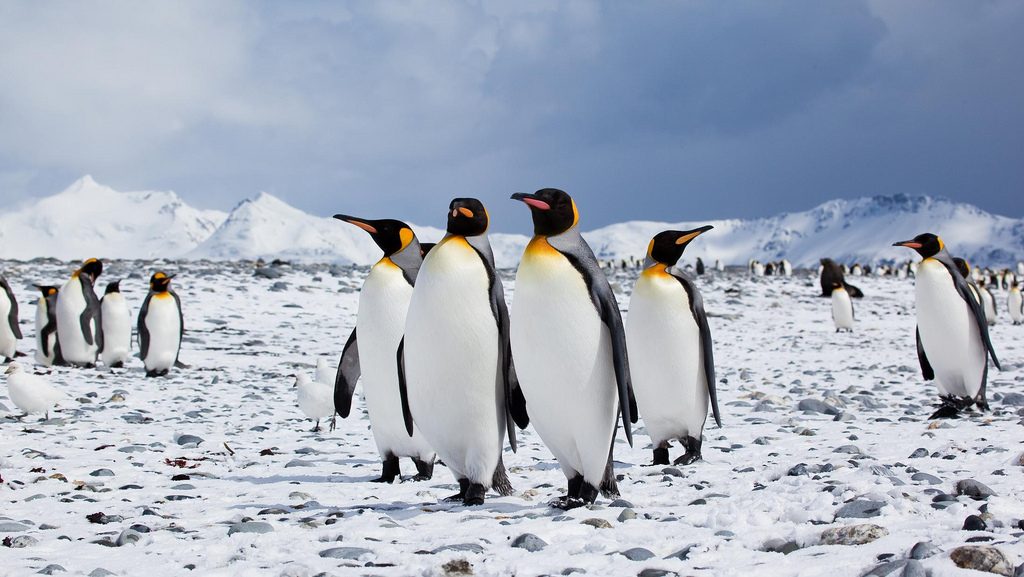 TNS DAILY
We're launching a new daily news service! Beginning March 1st, you can receive a free daily roundup of the most recent TNS stories in your inbox. Pre-register now, never miss a story, always stay in-the-know.
Editor’s Note: It’s OSCON week. Help us get a picture of the open source projects that you like the most.

The New Stack is teaming with Linux.com to do a survey about what you think are the most popular open source cloud projects. The next-generation of the enterprise is being built now with open cloud technologies. Your choices will help identify and recognize the most popular open source projects that are defining the new way to build and manage applications and systems.

Complete the survey and enter to win a free all-access pass to CloudOpen North America, taking place August 20-22 in Chicago, including full access to the co-located LinuxCon event as well. Two winners will be selected randomly from contest entries and notified via email following the close of the survey.
The survey should not take more than 5-10 minutes to complete.

It covers hypervisors, infrastructure as a service (IaaS), platform as a service (PaaS), management and provisioning and other topics such as favorite overall open source projects. Projects in each category are the same as those included in the Linux Foundation’s October 2013 white paper, Understanding the Open Cloud, with a few additions chosen by the New Stack and Linux.com editors. All are relevant to the open cloud, relatively mature, and relatively visible in the open source ecosystem.

All of these projects are released under an open source license that guarantees full and unrestricted access to the project’s codebase. Every component, from the software to the APIs used by application developers, is open to vendors, developers and customers alike. Each project also has a community of contributors and users who work overtime to support it.

The results of this survey will be presented at CloudOpen North America in Chicago, Aug. 20-22, 2014, as well as online at Linux.com and here on The New Stack.

Here are the projects, by category. (You are also welcome to write in projects on the survey as you see fit by selecting the “other” option and adding the project’s name to the provided text box.)

Docker.io: an open-source engine for building, packing and running any application as a lightweight container, built upon the LXC container mechanism included in the Linux kernel. It was written by dotCloud and released in 2013.

KVM: A lightweight hypervisor that was accepted into the Linux kernel in February 2007. It was originally developed by Qumranet, a startup that was acquired by Red Hat in 2008.

Xen Project: A cross-platform software hypervisor that runs on platforms such as BSD, Linux and Solaris. Xen was originally written at the University of Cambridge by a team led by Ian Pratt and is now a Linux Foundation Collaborative Project.

CoreOS: a new Linux distribution that uses containers to help manage massive server deployments. Its beta version was released in May 2014.

2. Infrastructure as a Service

Apache CloudStack : An open source IaaS platform with Amazon Web Services (AWS) compatibility. CloudStack was originally created by Cloud.com (formerly known as VMOps), a startup that was purchased by Citrix in 2011. In April of 2012, CloudStack was donated by Citrix to the Apache Software Foundation.

Eucalyptus – an open-source IaaS platform for building AWS-compatible private and hybrid clouds. It began as a research project at UC Santa Barbara and was commercialized in January 2009 under the name Eucalyptus Systems.

OpenNebula: An open-source IaaS platform for building and managing virtualized enterprise data centers and private clouds. It began as a research project in 2005 authored by Ignacio M. Llorente and Rubén S. Montero. Publicly released in 2008, development today is via the open source model.
OpenStack – an open source IaaS platform, covering compute, storage and networking. In July of 2010, NASA and Rackspace joined forces to create the OpenStack project, with a goal of allowing any organization to build a public or private cloud using using the same technology as top cloud providers.

3. Platform as a Service

OpenShift: Red Hat’s Platform-as-a-Service offering. OpenShift is a cloud application platform where application developers and teams can build, test, deploy, and run their applications in a cloud environment. The OpenShift technology came from Red Hat’s 2010 acquisition of start-up Makara (founded in May 2008). OpenShift was announced in May 2011 and open-sourced in April 2012.

Ansible:  An automation engine for deploying systems and applications.

Apache Mesos: A cluster manager that provides efficient resource isolation and sharing across distributed applications, or frameworks. It was created at the University of California at Berkeley’s AMPLab and became an Apache Foundation top level project in 2013.

Chef: A configuration-management tool, controlled using an extension of Ruby. Released by Opscode in January 2009.

Juju:  A service orchestration management tool released by Canonical as Ensemble in 2011 and then renamed later that year.

Ovirt: Pprovides a feature-rich management system for virtualized servers with advanced capabilities for hosts and guests. Red Hat first announced oVirt as part of its emerging-technology initiative in 2008, then re-launched the project in late 2011 as part of the Open Virtualization Alliance.

Puppet: IT automation software that helps system administrators manage infrastructure throughout its lifecycle. Founded by Luke Kanies in 2005.

Salt : A configuration management tool focused on speed and incorporating orchestration features. Salt was written by Thomas S Hatch and first released in 2011.

Vagrant : An open source tool for building and managing development environments, often within virtual machines. Written in 2010 by Mitchell Hashimoto and John Bender.

Ceph: A distributed object store and file system. It was originally created by Sage Weil for a doctoral dissertation. After Weil’s graduation in 2007, he continued working on it full-time at DreamHost as the development team grew. In 2012, Weil and others formed Inktank to deliver professional services and support. It was acquired by Red Hat in 2014.

Gluster – a scale-out, distributed file system. It is developed by the Gluster community, a global community of users, developers and other contributors. GlusterFS was originally developed by Gluster Inc., then acquired by Red Hat in October 2011.

Riak CS: An open source storage system built on top of the Riak key-value store. Riak CS was originally developed by Basho and launched in 2012, with the source subsequently released in 2013.

Alex Williams is founder and editor in chief of The New Stack. He's a longtime technology journalist who did stints at TechCrunch, SiliconAngle and what is now known as ReadWrite. Alex has been a journalist since the late 1980s, starting...
Read more from Alex Williams
SHARE THIS STORY
RELATED STORIES
Microsoft Makes Azure Load Testing Generally Available PLG Will Eliminate the Subscription-Based Software Model Data, Analytics and AI: What Will Happen in 2023 It Doesn’t Matter How Much You Spend on AWS Wix Tackles Application-Level Security with Custom Detector
TNS owner Insight Partners is an investor in: The New Stack, Docker.
SHARE THIS STORY
RELATED STORIES
It Happened to Me: How I Suddenly Owed AWS $13,000... How Jit Builds a Platform Engineering Mindset in the Cloud Wix Tackles Application-Level Security with Custom Detector Data, Analytics and AI: What Will Happen in 2023 When Losing $10,000 to Cryptojacking Is a Good Investment
THE NEW STACK UPDATE A newsletter digest of the week’s most important stories & analyses.
The New stack does not sell your information or share it with unaffiliated third parties. By continuing, you agree to our Terms of Use and Privacy Policy.