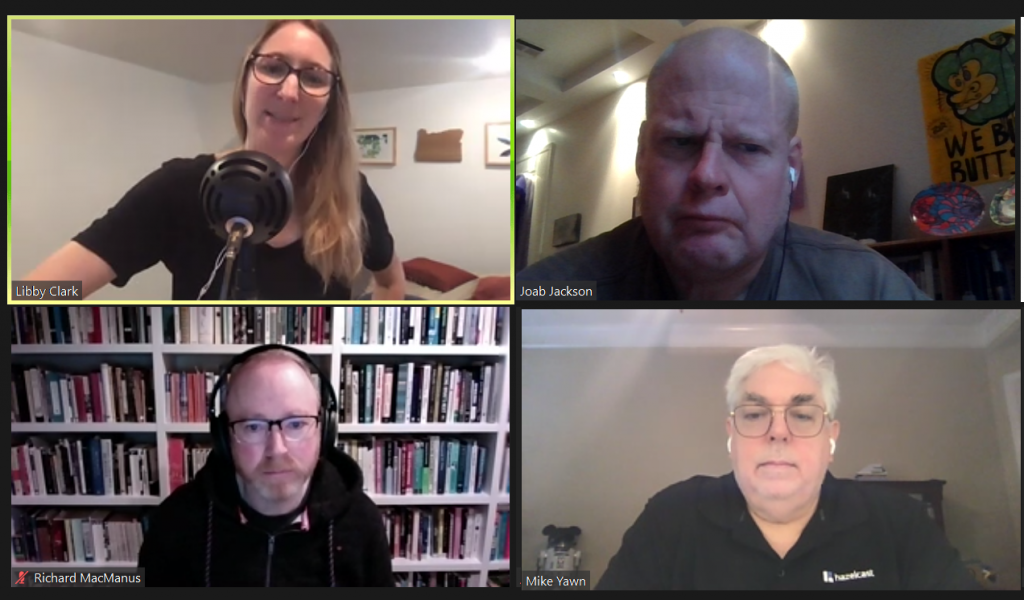 Welcome to The New Stack Context, a podcast where we discuss the latest news and perspectives in the world of cloud native computing. For this week’s episode, we spoke with Mike Yawn, a senior solution architect at Hazelcast, about the potential of in-memory computing to supercharge microservices and cloud native workloads.

Yawn recently contributed a post to TNS explaining how in-memory technologies could make microservices run more smoothly. Hazelcast offers an in-memory data grid, Hazelcast IMDG, along with stream processing software Hazelcast Jet. We wanted to know more about how in-memory could be used with microservices. While in-memory offers caching just like key-value databases, such as Redis, it also offers additional computing capacity, which can help process that data on the fly, Yawn explained.

“The standard definition of a memory data grid is that you can pool together the RAM of a bunch of different systems so you can cluster multiple nodes together. If you have four systems with 8GB [each], then you can effectively have a 32GB system and you can go up to dozens or hundreds of nodes, depending on your memory usage,” he said.

“It’s not just about pooling the RAM. You get to use the additional processors of those systems and the additional network bandwidth of the different interface cards. So it really does let you scale out by adding lots of inexpensive systems rather than scale up to very expensive supercomputers,” said Yawn.

He also spoke about the growing deployments of Kubernetes among the company’s users, which tend to be on the higher end of enterprise users, such as banks.

“We support Kubernetes because our users tell us it’s important to them,” Yawn told us.

Later in the podcast, we discussed some of the other posts of the day:

Joab Jackson is Editor-in-Chief for The New Stack, assuring that the TNS website gets a fresh batch of cloud native news, tutorials and perspectives each day. He has logged over 25 years in infrastructure IT journalism, including stints at IDG,...
Read more from Joab Jackson
SHARE THIS STORY
RELATED STORIES
Does Your Database Really Need to Move to the Cloud? Install Dozzle, a Simple Log File Viewer for Docker Defining the Modern Bare Metal Cloud 10 Essential Practices for Building Software for Cloud Scale  OpenTelemetry Properly Explained and Demoed
SHARE THIS STORY
RELATED STORIES
3 Ways an Internal Developer Portal Boosts Developer Productivity CALMS Is DevOps for Cloud Engineering Defining the Modern Bare Metal Cloud How Intuit’s Platform Engineering Team Chose an App Definition OpenTelemetry Properly Explained and Demoed
THE NEW STACK UPDATE A newsletter digest of the week’s most important stories & analyses.
The New stack does not sell your information or share it with unaffiliated third parties. By continuing, you agree to our Terms of Use and Privacy Policy.