The New Stack Context: Is Kubernetes the New App Server?

Welcome to The New Stack Context, a podcast where we discuss the latest news and perspectives in the world of cloud native computing. For this week’s episode, we spoke with Tina Nolte, vice president of product, for Kubernetes management service Spectro Cloud, about why we shouldn’t think of containers/Kubernetes as just another form of virtualization.
May 15th, 2020 5:00pm by Joab Jackson 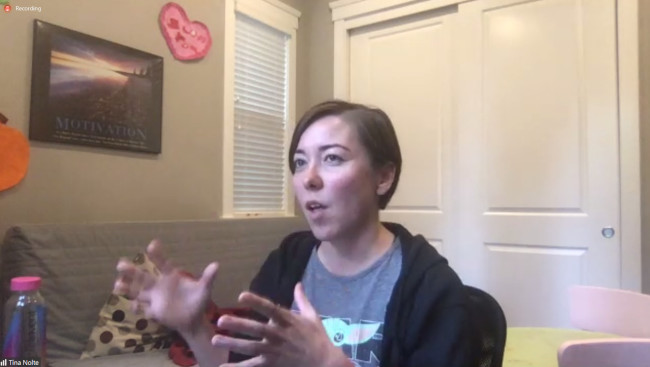 Welcome to The New Stack Context, a podcast where we discuss the latest news and perspectives in the world of cloud native computing. For this week’s episode, we spoke with Tina Nolte, vice president of product, for Kubernetes management service Spectro Cloud, about why we shouldn’t think of containers/Kubernetes as just another form of virtualization.

Nolte recently wrote a popular post for us on why we shouldn’t think of containers and Kubernetes as just another form of virtualization — that it opens up a whole new way to think about application development and deployment. So we wanted to find out more about this concept.

“Kubernetes is really about that middle area between infrastructure and application. So the applications themselves are enabled to be differently architected because that operational PaaS layer, if you will,” she explained. “It’s not just a lift-and-shift of old apps into new infrastructure.”

Focusing too much on the infrastructure side of Kubernetes ultimately misses its true value, an insight Nolte gleaned, in part, from working for a well-regarded OpenStack-based start-up, Nebula, that ultimately shuttered. From our conversation:

Most enterprise OpenStack vendors focused on sort of a public cloud competition path, if you will. However, I think because of that deeply rooted in infrastructure focus, most of those vendors didn’t acknowledge the value of the platform services that the public cloud offered,” She said. “There’s something I heard once, where everybody thinks that their layer in the stack is where the hard problems are. That every layer above them is easy. If you’re deeply entrenched in infrastructure thinking, you don’t appreciate the ways in which that ecosystem is developing above you.”

We also delved into the Kubernetes services that Spectro Cloud offers. We keep hearing again and again about the operational complexities of managing Kubernetes. So we learn how the company eases this process.

Then, later in the show, we discuss some of the other top posts and podcasts of the week. We delve into error-monitoring in a podcast with Sentry’s Ben Vinegar. We revisit the debate of whether to use microservices or a monolithic architecture, or, more realistically, a mixture of both. We delve into the hidden powers of the Unix Sudo command, as well as touch upon what gear you would need to run a cloud native stack at home.

Joab Jackson is Editor-in-Chief for The New Stack, assuring that the TNS website gets a fresh batch of cloud native news, tutorials and perspectives each day. He has logged over 25 years in infrastructure IT journalism, including stints at IDG,...
Read more from Joab Jackson
SHARE THIS STORY
RELATED STORIES
Is the Answer to Your Data Science Needs Inside Your IT Team?  CyberArk Decreases Cognitive Load with Platform Engineering Rethinking Java @Scheduled Tasks in Kubernetes 2023 Will Be the Year FinOps Shifts Left Toward Engineering Why a DataOps Team Needs a Database Reliability Engineer
TNS owner Insight Partners is an investor in: The New Stack.
SHARE THIS STORY
RELATED STORIES
A Platform Team Product Manager Determines DevOps Success Platform Engineering in 2023: Doing More with Less How Jit Builds a Platform Engineering Mindset in the Cloud 2023 Will Be the Year FinOps Shifts Left Toward Engineering Platform Engineering Won’t Kill the DevOps Star
THE NEW STACK UPDATE A newsletter digest of the week’s most important stories & analyses.
The New stack does not sell your information or share it with unaffiliated third parties. By continuing, you agree to our Terms of Use and Privacy Policy.