The New Stack Context: On Monoliths and Microservices

Welcome to The New Stack Context, a podcast where we discuss the latest news and perspectives in the world of cloud native computing. Today we’re talking to The New Stack correspondent Mike Melanson, about his recent coverage of the ongoing debate over the value of microservices. We also discuss the top podcasts and news stories for the week.
Feb 15th, 2020 6:00pm by Libby Clark 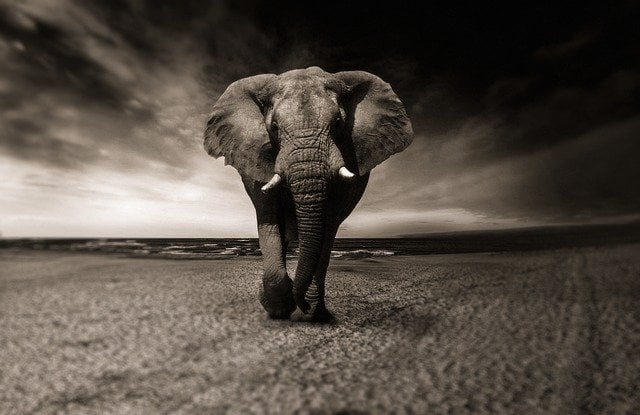 Feature image by Christine Sponchia from Pixabay.
TNS Annual Reader Survey
We need your input! Take 5 minutes to chime in and help guide our coverage.
Begin the survey

Welcome to The New Stack Context, a podcast where we discuss the latest news and perspectives in the world of cloud native computing. Today we’re talking to The New Stack news correspondent Mike Melanson, about his recent coverage of the ongoing debate over the value of microservices. We also discuss the top podcasts and news stories for the week, covering topics such as developer relations, mobile platform development and optimization, and distributed architectures.

We have been covering the debate over the relative merits of microservices for a while now. Microservices offer a number of advantages on the development side. Separate teams can work different parts of a language, even in their preferred languages and tools. Updates can be quietly inserted without needing to refresh the entire application. But while the hype around microservices is considerable, industry observers have been starting to recognize the limitations as well. Many have been advocated returning to the opposite approach: building single large “monolithic” applications.

“Monoliths are the future because the problem people are trying to solve with microservices doesn’t really line up with reality,” Hightower wrote in his own blog post. A company lacking coding discipline that ends up with a disaster of a codebase may see microservices as an answer, but in reality, it is just trading class instantiation for function calls. “They’re initiating things and throwing it over a network and hoping that it comes back,” Hightower writes.

For the podcast of the week, we discuss TNS London Correspondent Jennifer Riggins’ interview with Mary Thengvall, over the value — and how to measure the value — of developer relations. We also discuss how Tricentis tools could have been used to prevent the app failure that led to the U.S. Democratic Iowa Caucus disaster, eBay’s performance-improvement tweaks, Microsoft’s new Dapr distributed computing architecture, Humio’s advice for migrating to the cloud, and a recent Istio service mesh bug unearthed by Aspen Mesh.

Libby is the Open Source Community Marketing Manager at Amazon Web Services. She was most recently VP of strategy at The New Stack where she helped grow the company toward its 2021 acquisition by Insight Partners, and before that spent...
Read more from Libby Clark
SHARE THIS STORY
RELATED STORIES
How Golang Evolves without Breaking Programs Composing a Platform by Patching Crossplane Resources Low-Code Tools Improve Devs' Work-Life Balance, Survey Finds New Book Identifies 26 Lines of Code that Changed the World Rust and the OS, the Web, Database and Other Languages
Aspen Mesh, Humio and Tricentis are sponsors of The New Stack.
TNS owner Insight Partners is an investor in: Tricentis, Hightower.
SHARE THIS STORY
RELATED STORIES
How Bindle Makes It Easy to Store and Distribute Cloud Native Apps Developers Get a Quick-Start to Coding with Replit IDE Cloud Lessons to Help Developers Improve ESG Impact A Better Developer Experience Requires Better Testing Tools 'Hey GitHub!' Tries a Voice Interface for Copilot
THE NEW STACK UPDATE A newsletter digest of the week’s most important stories & analyses.
The New stack does not sell your information or share it with unaffiliated third parties. By continuing, you agree to our Terms of Use and Privacy Policy.