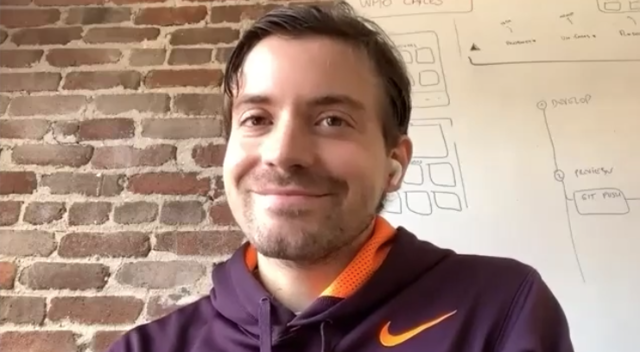 There is a new architecture for frontend web development: JAMStack rethinks the current server-browser architecture, freeing the developer from fiddling with Apache, Linux or other aspects of backend support.

For this week’s episode of The New Stack Context podcast, we speak with Guillermo Rauch, founder and CEO of Vercel, which offers a JAMstack-based service that allows developers to simply push their code to git in order to update their web site or application. Key to this platform is an open source user interface framework created by Rauch, called Next.js, based on Facebook’s React, but tweaked to make it easier to build user interfaces not only for the developer but even for the designer.

On the benefit of using a managed JAMstack such as Vercel’s (over a traditional LAMP stack), Rauch noted that:

You can deploy to an essentially serverless infrastructure, right? I always tell people that content delivery networks were the OG serverless — because they never required management. They were perfectly delegated. It’s a globally distributed system with no single point of failure. You’re not going to have to worry about Linux and Apache because you can deploy to any distributed global network that can serve essentially markup, JavaScript, CSS and static files. Then obviously to power the API, server rendering and more advanced functionality, the Vercel network gives you serverless functions. So we try to complete the entire JAMstack equation.

In our interview, we also discussed:

Later in the show, we reviewed some of the top TNS stories and posts of the week, including:

Joab Jackson is Editor-in-Chief for The New Stack, assuring that the TNS website gets a fresh batch of cloud native news, tutorials and perspectives each day. He has logged over 25 years in infrastructure IT journalism, including stints at IDG,...
Read more from Joab Jackson
SHARE THIS STORY
RELATED STORIES
Kubernetes Needs to Take a Lesson from Portainer on Ease-of-Use The Top 4 Threats to Securing Your Cloud Infrastructure Kinsing Malware Targets Kubernetes Entrepreneurship for Engineers: Building for Customers’ Love Choosing the Right Container Native Storage for AWS Public Cloud
TNS owner Insight Partners is an investor in: The New Stack.
SHARE THIS STORY
RELATED STORIES
Kubernetes App Deployment from the Command Line Platform Engineering Won’t Kill the DevOps Star 5 Best Practices for DevSecOps Teams to Ensure Compliance MicroK8s and Portainer Is The Easiest Way to Deploy an Application on Kubernetes What TNS Readers Want in 2023: More DevOps, API Coverage
THE NEW STACK UPDATE A newsletter digest of the week’s most important stories & analyses.
The New stack does not sell your information or share it with unaffiliated third parties. By continuing, you agree to our Terms of Use and Privacy Policy.