The New Stack Context: Splunk Removes the Term ‘Whitelist’ from Its Software 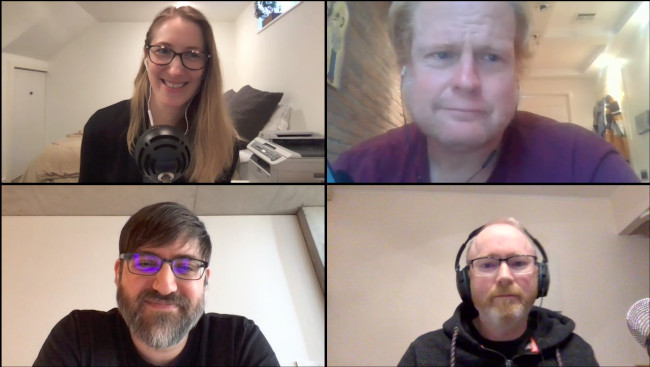 Welcome to The New Stack Context, a podcast where we discuss the latest news and perspectives in the world of cloud native computing. For this week’s episode, we spoke with Eric Sammer, Splunk distinguished engineer, about the IT system monitoring company’s ongoing effort to rename its terminology to remove language that perpetuates systemic racism and unconscious bias in tech. Splunk brought together a working group of people from across the organization to develop additional recommendations, guidelines and procedures to identify and replace biased language and to prevent other instances from happening in the future. We also chatted with Sammer about what has happened since the company he co-founded, event-driven services monitoring provider Rocana, was acquired by Splunk in 2017.

Episode 122: Splunk on Removing Exclusionary Language from its IT Systems

Happy Juneteenth! This day marks the day in 1865 that Black slaves in the U.S. learned that they were free. This year, thanks to the spirited Black Lives Matter protests, we are seeing IT companies recognize this date as an official work holiday. We are starting to see some other meaningful changes come about in the industry as well, thanks to BLM.

This week saw a number of IT companies recast some legacy IT terminology that has long carried potentially offensive connotations. GitHub, for instance, dropped “master” and “slave” for alternatives like “main/default/primary” and “secondary.” Also this week, Splunk, listening to advice from partners, is eliminating the terms “whitelist/blacklist” in favor of more neutral wording. So we spoke with Sammer to learn more about Splunk’s efforts.

“I come from a world where when somebody says, ‘Hey, this thing hurts me,’ then you just stop doing it,” Sammer said in the interview. “Language evolves, we learn, we grow as a society. There’s ingrained stuff that I think just makes sense to question and challenge and change.”

Joab Jackson is Editor-in-Chief for The New Stack, assuring that the TNS website gets a fresh batch of cloud native news, tutorials and perspectives each day. He has logged over 25 years in infrastructure IT journalism, including stints at IDG,...
Read more from Joab Jackson
SHARE THIS STORY
RELATED STORIES
Watch Out, Attackers Have Their Heads in Your Cloud! Java's James Gosling on Fame, Freedom, Failure Modes and Fun Entrepreneurship for Engineers: Avoiding Feature Bloat Golden Paths Start with a Shift Left How We Manage Incident Response at Honeycomb
TNS owner Insight Partners is an investor in: The New Stack.
SHARE THIS STORY
RELATED STORIES
How to Get Started Filling 3.4 Million Cybersecurity Jobs Tech Works: How Can We Break Our Obsession with Meetings? Watch Out, Attackers Have Their Heads in Your Cloud! Entrepreneurship for Engineers: Avoiding Feature Bloat How Jit Builds a Platform Engineering Mindset in the Cloud
THE NEW STACK UPDATE A newsletter digest of the week’s most important stories & analyses.
The New stack does not sell your information or share it with unaffiliated third parties. By continuing, you agree to our Terms of Use and Privacy Policy.