The New York Times’ Op-Eds from the Future

Sometimes it's important to think about technological challenges in a new way.Two weeks ago the New York Times began a remarkable experiment, bringing in scientists and science fiction authors, futurists and philosophers, to try publishing something new: a series of fictitious opinion pieces called "Op-Eds from the Future."The feature is the brainchild of Susan Fowler, who last July became the technology editor of the New York Times' op-ed section. "
Jun 9th, 2019 6:00am by David Cassel 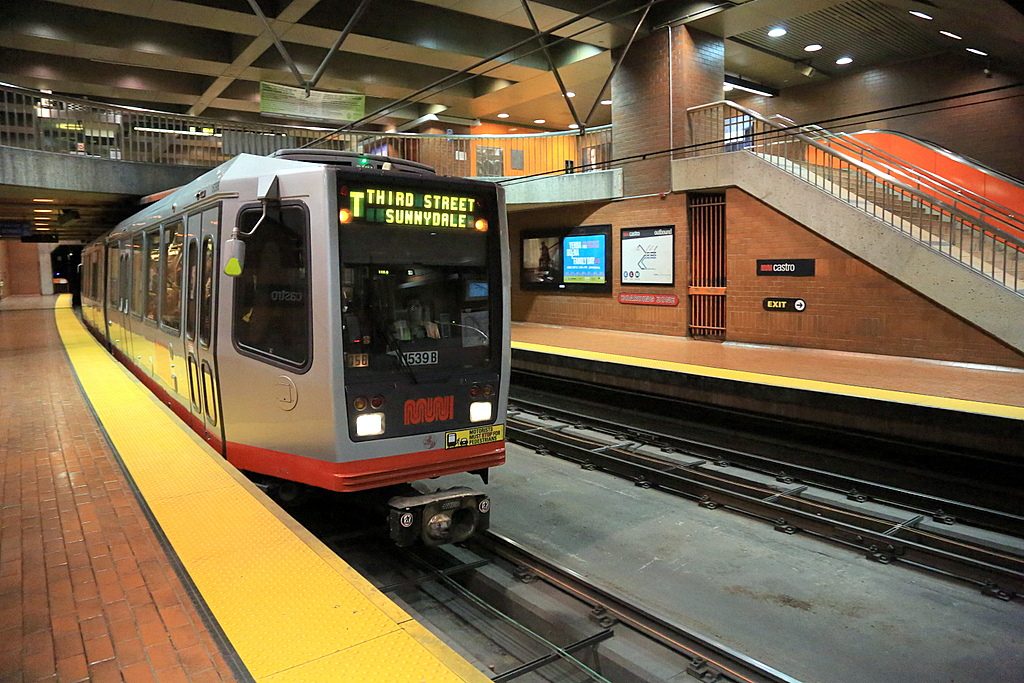 Sometimes it’s important to think about technological challenges in a new way.

Two weeks ago the New York Times began a remarkable experiment, bringing in scientists and science fiction authors, futurists and philosophers, to try publishing something new: a series of fictitious opinion pieces called “Op-Eds from the Future.”

The feature is the brainchild of Susan Fowler, who last July became the technology editor of the New York Times’ op-ed section. “When I joined the Opinion section last year, I spent a great deal of time thinking about the things that had shaped my worldview,” Fowler explained on Twitter. “I realized that fiction — especially science fiction — had been the most powerful influence.”

“Science fiction is so powerful and effective because it takes the problems and issues we face today and puts them into new situations and contexts, allowing us to see them more clearly. This is what I wanted to bring to @nytopinion, and it’s how Op-Eds From the Future came to be.”

Each op-ed begins by acknowledging that the pieces are fictitious and “The challenges they predict are imaginary — for now — but their arguments illuminate the urgent questions of today and prepare us for tomorrow. ” 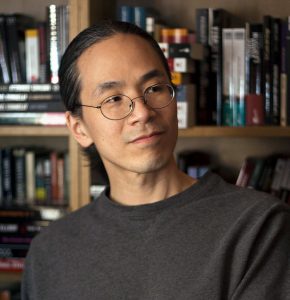 The very first op-ed from the future was written by Ted Chiang, a science fiction writer who has won four of science fiction’s prestigious Hugo awards. He kicked off the feature on Monday, May 27th — with an imaginative op-ed coming from far off in our future. It looked at the failure of a 25-year genetic engineering project in a world where wealthy parents were not just purchasing perks for SAT exams, but actually buying more brain power for their privileged children. The op-ed notes that the necessary “genetic interventions” weren’t covered by insurance plans of the future.

The problem was a society with “genetically engineered young people who are increasingly prevalent in management positions of corporate America today.” So 500 low-income students were also given intelligence-boosting genetic enhancements.

Yet this experiment proved disappointing, Chiang’s futuristic op-ed reports, with few of the low-income subjects landing high-paying jobs, or even jobs with advancement opportunities. And while most of them did go to a four-year college, few attended elite universities. What went wrong? Apparently, intelligence was just one of the advantages needed for success. Wealthy parents were also gaming the system by purchasing genetic “height enhancements” for their children, since “the tendency to view taller individuals as more capable leaders is well documented.”

“When the beneficiaries of free genetic cognitive enhancements become as successful as the ones whose parents bought the enhancements for them, only then will we have reason to believe that we live in an equitable society.”

Needless to say, this provoked many discussions online. Just on the New York Times site, the article attracted 278 comments. And people couldn’t resist offering their own interpretations of the story’s real message.

One commenter even suggested their own ending, in which later studies revealed the unintended negative effects from receiving intelligence enhancements. The privileged recipients became more narcissistic, while the low-income recipients became depressed, frustrated, and anxious over what one professor from the future described as “the pressure of higher expectations combined with social disadvantage and the frustration of being unable to fully use their talents.”

“This led to calls for greater social equity and the banning of cognitive enhancements. Did society really need more mad geniuses?”

This is an amazing (and amazingly mainstream) example of applied sci-fi. SF short stories (this one from the great Ted Chiang) in the form of NYT op-eds from the future, to educate and opinionate about tomorrow’s tech/policy issues today. An awesome idea. I want to write one! https://t.co/nSm7W2PJMf

Another comment suggested the experiment needed to continue until the children reached the age of 50, “when the expected cumulative benefits of the intelligence genes, in particular, those associated with common sense and good decision making, would be most pronounced.

“We just need to wait to 2084 (ironically the same year that the expected talking animal study reads out as well).”

And one commenter even argued that the true measure of success should be happiness — which is higher in those who are “free of meaningless pursuit of status. When viewed this way, it is clear that those chasing ever higher intelligence quotients are the ones in need.”

Then one week later, the New York Times ran its second op-ed from the future…

Hiding in the Secret Garden

“I’m rather pleased with how it came out,” posted science fiction writer Hannu Rajaniemi on his web site, about the Op-Ed he wrote. “Many of the ideas around how the next generation might handle parental surveillance of online spaces came from Jean M. Twenge’s fascinating book iGen, which has striking observations about how online environments and smartphones shape they psyches of children.” 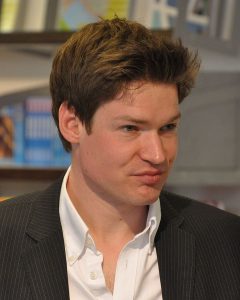 Rajaniemi’s piece was titled “Keep your augmented reality. Give me a secret garden” — painting a picture of a world in which children wear AR glasses that, unbeknownst to them, “hide the places where people aren’t supposed to go” — like condemned houses or the stables of delivery drones. Where in the real world the houses all look the same, when seen through the AR glasses they’re bedecked with “fantasy skins.”

Parents also tap into the eyeglasses to spy on whatever their children are seeing — which leaves at least one very depressed young girl who just wants a place “where we can be teenagers again.”

“[W]e claimed those hidden spaces for a reason, and we must be allowed to keep them.”

There are other hints about the future — there are vertical farms and delivery drones, and instead of a world dominated by Netflix, or Amazon or Google, there’s apparently a service called GANflix. (Did the three companies merge?) But the theme of the op-ed is privacy — and especially, the lack of it.

It even imagines the horrors that led to this dystopian future: the lack of strong privacy safeguards in our own hapless present. “When my mother was growing up, the internet was so broken that even a baby monitor could spy on you,” the op-ed notes — apparently alluding to real stories from 2018. The pendulum had swung, with parents determined to at least carve out some strong privacy protections for the next generation — because “they’d already hemorrhaged too much data to have any privacy left.”

So they’d built a world where data collection has been thwarted with privacy-ensuring “safenets.” But the op-ed reveals that the 12-year-old finally made her mother see that there was also such a thing as being “too safe” — and now the family is working together to stop their governor from eliminating precious “invisible” spaces.

Like the previous story, this one also stirred up some strong reactions — and some thoughts on what was the real message in this story from the future. One commenter on the New York Times site wrote, “I thank the author for a subtle and solid portrayal of hope.”

And the story also struck a strong chord with another reader, who posted that even in the world of today, they liked to shut off their phone and just go find a quiet spot to paint.

“There is a whole other world we are ignoring that is spectacular and rewarding. It’s called Real Life.”