The Optimal Kubernetes Cluster Size? Let’s Look at the Data 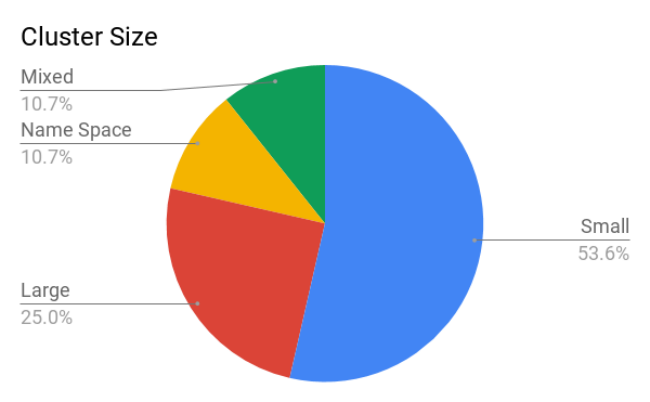 Feature image provided by the author.

Rob Hirschfeld
Rob Hirschfeld is CEO and co-founder of RackN, which offers orchestration software for the container-centric data center. He has been in the cloud and infrastructure space for nearly 15 years, from working with early ESX betas to serving four terms on the OpenStack Foundation Board.

TL;DR: smaller clusters clearly win, but the why matters.

As Kubernetes emerges as the de facto management platform, we are still figuring out what that means. The challenge is that it exists in a gray zone between a specialized application platform and general purpose infrastructure abstraction. I wanted to understand if one set of use-cases was more common.

A few months ago, I free-form surveyed Twitter about Kubernetes clusters. I was wondering if Kubernetes was emerging as a wholesale replacement for virtualization platforms or simply growing as an application framework. If the former, I’d expect to operators using the platform as a large scale, multitenant system that would provide a common operational baseline for the “Data Center O/S” like Google Borg, VMware vCenter, OpenStack, or Mesosphere have attempted. If the later, I’d expect to see developers using the platform as a single application, lifecycle management system that would provide improved automation for managing continuous deployments.  Obviously, both are happening, but was one dominate and why?

Of nearly 30 responses, over half suggested smaller application specific clusters were the right choice. In general, answers reflected on the desire for the separation, isolation and control provided by small clusters. I also expect that small clusters are more likely taking advantage of the underlying VM based IaaS. This aligns with my field anecdotes where users are leveraging K8s on existing IaaS while they gain operational experience.

So, are small clusters better? For most use cases, yes. They minimize the “blast radius” for issues and segregate Kubernetes version and upgrade concerns. Kubernetes management overhead is low so sprawl is tolerable for now. Further, the cloud providers have virtually eliminated the management cost for creating new clusters even if multi-cluster governance is missing. Expect this trend to change as multitenant operational patterns emerge and operational teams show up with governance requirements.

hey @kubernetesio ops… are you planning large multi-tenant clusters (like we'd have for VM managers) or will you setup dedicated clusters per application, team or use-case? I'm seeing a pattern and wanted to hear from others before I blog about it. please RT #TYVM

My personal question for this survey was to predict a trend line for bare metal Kubernetes. Since bare metal servers are larger, we’re more likely to see it used for larger multitenant clusters so that users can share resources like VM clouds. This use-case, while less common, is clearly emerging in the survey and suggests that bare metal clusters need more time.

It’s worth also noting an interim approach from the OpenStack community of using Kubernetes as an underlay. Since strategy is building a single function cluster as an installer, it’s really a small cluster approach and does nothing to advance the broader usability of Kubernetes. I’ve observed other independent software vendors (ISVs) attempting a similar strategy of adopting a single application Kubernetes as an installer; however, this approach creates new challenges since the vendors are not ready to own the per-requisite Kubernetes distro or install problem.

My takeaway is that small clusters will ALWAYS win in a poll because they are simpler to setup and operate. That means small customers are the gateway for Kubernetes; however, I don’t think that tells the full story. There’s enough momentum on the large, shared cluster front to predict for Kubernetes to grow into a more common infrastructure underlay. Today, namespaces may have limited adoption but the pool points to them becoming more prevalent. Namespaces allow multiple users in a cluster to limit their scope and visibility in the cluster. It’s not a full multitenant feature but gives some of the same benefits for now.

Public comments presented (in their original form) with Twitter attributions for reference: 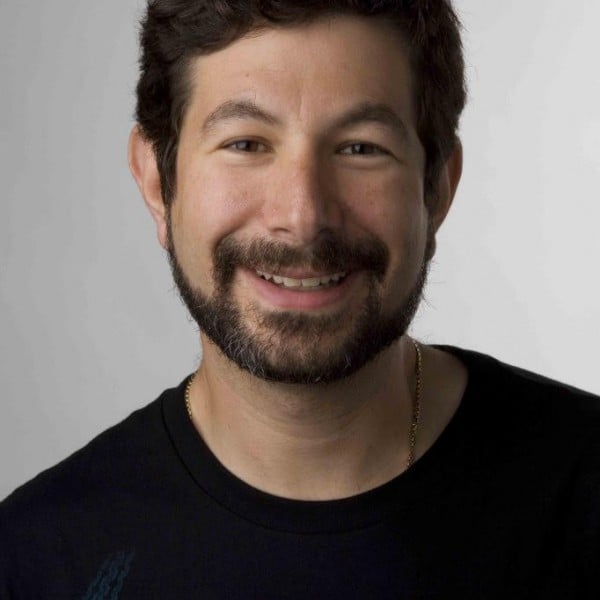