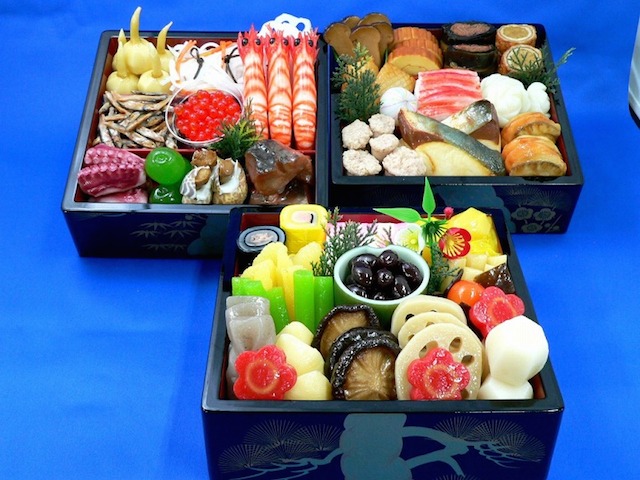 It began with an overwhelming desire for Japanese food. Not to eat it, but to see if those delectable, hyper-real plastic Japanese foods could be perfectly replicated. If it’s possible to 3D print KFC’s Colonel’s Original Recipe chicken, edible Oreos, and Foodini’s pizza dough and tomato sauce, why not Japanese food, which is typically made from wax or polyvinyl chloride? Yet as 3D printing continues expanding into markets from jewelry to tiny furniture, for a few reasons, Japanese fake food is focused on an artisanal past, uninterested in any rapidly advancing technology, even though it appears to be possible.

“There are certainly parts of [fake Japanese food replicas] that could be 3D printed,” says Jo Kamm, Kansas City-based educator who teaches classes on digital design and fabrication to artists. “Let’s look at the noodles. It is always going to make more sense to start with a noodle than try to replicate a part of noodles by making it a solid.”

And by noodles, he means the malleable strands of ramen which he discusses in “10 principles of 3D printing” that he teaches to artists in Kansas City. Kamm includes a masa block created by draping filament, rather than printing it in place, in his course.

The 3D printing process, also known as additive manufacturing, takes one 3D solid object and turns it into a model. This requires a scan of the object, which is used by the printer to create it, using layers of a specific material dispensed through a nozzle. The 3D printer has been around since the 1980s, but it has been gaining popularity since the early 2010s when the price of 3D printers dropped drastically as mass production increased.

One would think that this is good news for the possibility of 3D printing fake Japanese food replicas. There’s already plenty of sushi on ShapeWays — a site where anyone can model a design and submit it for custom 3D printing — and online B2B marketplace Alibaba. And even Japan’s largest home supply store, Yamada Denki, started selling 3D printers in July 2013.

One day while cruising Instagram, I was struck with another craving for Japanese food. It had nothing to do with smell, and everything to do with square-shaped photos posted by @beansoil, a man named Futoshi Fujiwara who works as a circuit engineer and lives in Tokyo. An avid 3D printer, his Instagram feed is focused on real Japanese food and many cats. He explained that the Japanese food samples he sees in restaurants, which are made of wax, are not for 3D printing. Photograph of sushi purchased in Asakusa, Toyko, for $7 USD. Image courtesy of @beansoil

“I think it’s hard to beat them with the current 3D printers,” says Fujiwara. “Because cheap 3D printers don’t have enough accuracy to print out detail as a grain of rice, and don’t have vivid color of expression as a sashimi of tuna.”

Fujiwara told me that he would try to 3D print sushi anyway, though. He purchased these sushi food samples in Asakusa, Tokyo, for $7 each. He says: “These sushi are polyvinyl chloride resin — not 3D printed.”

Fujiwara did a 3D scan of these fake sushi into his scanner, and came out with this data that he refers to as a “rock.” In other words, this is not sushi.

“This is one reason why I don’t use a 3D printer for food samples,” says Fujiwara.

Fujiwara is not alone in his disinterest for 3D printing sushi. Justin D. Hanus, the founder and CEO of Fake Food Japan, says the fake food manufacturers do not use 3D printing methods. His company produces fake food products in Osaka, Japan, where the fake food industry began in 1932. “Even though it is possible to create a prototype (such as an orange) via 3D printing means, at present not all items are possible, such as pasta noodles,” says Hanus. “I’ve seen 3D-printed fake food go up against traditionally made fake food on TV in a comparison test for realism. 3D printing loses out in this regard, because even though it is good, it isn’t quite as good as the handmade fake food when it comes to finite details and realism.”

But could part of the reason for not 3D-printing Japanese fake food replicas be tied to cultural traditions of handmade design in this niche? Kamm points out that it would be possible to produce certain components of the fake food replicas using 3D printers — like the ramen, or the centerpiece, or even the rice.

Says Hanus, “[3D printing fake Japanese food] just isn’t cost effective, and being quite limited as to what can be made at present is a factor as well. Unless there are some major innovations in the coming years, it doesn’t seem like we would resort to 3D printing for at least the next ten to twenty years.”