The Past, Present, and Future of ‘Asteroids’

Next year will mark the 40th anniversary of the classic arcade game "Asteroids." But the internet has already seen some fond tributes and remembrances to a videogame that's earned it place in the early history of computers -- and in the lives of the young geeks who went on to become computer programmers.
Nov 4th, 2018 6:00am by David Cassel 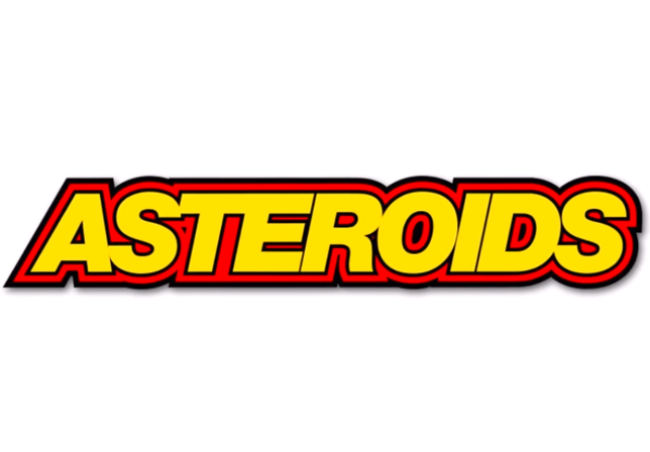 Next year will mark the 40th anniversary of the classic arcade game “Asteroids.” But the internet has already seen some fond tributes and remembrances to a video game that’s earned its place in the early history of computers — and in the lives of the young geeks who went on to become computer programmers.

Nostalgic gamers will be scrambling this holiday season for the Atari Retro Handheld console and Atari Plug & Play Joystick — both of which will feature “Asteroids” in its collections of pre-installed classic games. And in February a university student even tried training an AI to play “Asteroids” using evolutionary algorithms.

And digital artist Seb Lee-Delisle once even pranked the net by announcing a new Massively Multiplayer Online version of “Asteroids” created in Node.js. (“Surely you’ll realize it’s fake when every single other ship turns on you and mows you down?”)

And Seb later lovingly recreated the game of “Asteroids” using a carefully-programmed laser that projects the appropriate pixels on a wall.

UK-based blogger Tony Temple recently pulled together a 2400-word history of “Asteroids,” noting that it was Atari’s all-time best-selling game and calling it “the game that single-handedly broke the stranglehold that Space Invaders had on the video game world.”

Temple’s blog covers the preservation and history of classic arcade games, and he’s also lovingly detailed his attempts to restore a vintage “Asteroids” cabinet in a series of blog posts. Tony painstakingly sanded the cabinet, repainted the black exterior, stripped the insides and gave everything a thorough cleaning, and describes how he washed away “30 years worth of sweaty, gamer grime, sweat, blood and tears…” (It’s monitor unit “was absolutely filthy…”) It was one of 150 “Asteroids” cabinets that a factory in Tipperary, Ireland built every day.

The mania all started back in 1979, with a 31-year-old programmer named Ed Logg who had studied computer science (and math) at both Stanford and U.C. Berkeley. Logg eventually landed at Atari, where he’d worked on a popular 1970s video game called “Super Breakout.” But the idea for “Asteroids” actually came from his boss, Lyle Rains. “I guess the way I describe it is that I’m the father of ‘Asteroids’,” Rains remembers in an interview with Temple’s Arcade Blogger site. “Ed Logg is the mother of ‘Asteroids,’ because he had to live with it for nine months and deliver the finished product. All I had to do was to provide a seed.”

Or, as Temple describes it, “Rains had been thinking about an older game developed in-house at Atari that involved two players trying to shoot each other (Computer Space style) with a big rock between them.

“The game simply wasn’t fun, and all players wanted to do was shoot the rock, but of course they couldn’t.”

And apparently “Asteroids” was a huge hit, even when the game was in development, according to one article in Wired. His co-workers at Atari “would frequently ask Logg when he was going to leave work at the end of the day so they could stay and play it.” Tony also shares quote from a 1981 interview with Mary Takatsuno, a marketing analyst at Atari, who said “‘Asteroids’ is the only game that ever stopped production lines in our plant.

“At break time, the entire assembly line would run over to play the machines that were ready to be shipped out. With other games, the guys would just assemble them and box them up, and that was that. But with ‘Asteroids,’ nobody wanted to work.”

Has any game since had a cooler control panel design than Asteroids? pic.twitter.com/FyjWhTe9u0

Some machines were taking in 4,000 quarters a week, according to Temple’s article, with Atari’s Sales Director, Don Osbourne, estimating there were some weeks where the machines collectively pulled in 40 million quarters.

“I wish I had a quarter of all the quarters I dropped down the slot in an ‘Asteroids’ arcade cabinet,” joked one commenter on Hacker News, although adding ” I just know I would go right out and find another machine and start blasting rocks.”

But they added later, “I’ll never forget the awesome feeling I had when I sat down to an Apple IIc in my first college computer science programming class and started following the simple instructions we had been given to draw an object and move it around on the screen in Logo or Turtle or something like that. I was getting a glimpse of the process behind making a game like ‘Asteroids’ and I went from a person who had no interest in anything having to do with computers to someone who has now spent his life in an industry that depends on high-performance computing.”

And they weren’t the only one. Nashville-based programmer Allen Brunson responded, “Oddly enough, I also wrote an asteroids clone, in C for DOS, using VGA graphics.

“I am not mathematically inclined, so writing the routines that allowed the ship to act exactly as it did in the original, subject to friction and thrust, nearly killed me.”

To force players to keep flying around and shooting things, Logg had also famously added code to bedevil players with two flying saucers — one dumb and one smart. The dumb one broke up the big asteroids into more and speedier little asteroids — and of course, the smart one could kill you, according to a 1981 Esquire article. Titled “How to Win at Asteroids,” it notes that in-house, the saucers were referred to as “Mr. Bill” and “Sluggo”. “Sluggo fires at random; Mr. Bill aims,” Esquire writes — citing this explanation from Logg. “Mr. Bill knows where you are, and he knows what direction you’re moving in. He takes this information and picks a window bounded a few degrees on each side of you, and then shoots randomly inside of that.” (His advice? stay as far away as possible…) The article points out that Mr. Bill becomes more accurate the higher your score goes.

Interestingly, the article resulted in a letter from Mr. Bill’s attorneys, reminding Logg that “the names ‘Mr. Bill’ and ‘Sluggo’ are protected by U.S. trademark and copyright laws…”

Logg has said he regrets the way “Mr. Bill” was programmed to always miss with his first shot. This was meant to give the players a fair chance to fight back, but instead turned into a loophole that players exploited to “lurk” in wait for the ship — to continually score themselves an easy 1,000 points.

“In my early twenties, I was good enough that I could play for hours,” remembered future computer programmer Brunson. “I could have like 50 or 60 extra ships piled up, going all the way across the screen. my longest game on a single quarter was nine hours. I finally had to stop because I was hallucinating.”

In fact, the all-time highest score is 41,838,740, set by Portland’s John McAllister in a 2010 game which lasted for 58 hours. “Once you master the basics,” wrote Wired, “‘Asteroids’ is simply a game of endurance: Can you keep from falling asleep?” Of course, if you get enough extra ships, you can walk away from the machine for a bathroom break.

Another Oregon video gamer named Bill Carlton had attempted to beat the record in 2004, only to have his machine suddenly malfunction after 27 hours.

June 30th is International Asteroid Day, so how about we remember a certain arcade game today… pic.twitter.com/QaCVMIQXU6

But the score was never really the point, since the game was designed to offer arcade visitors a fun and entertaining experience. “If you haven’t seen an ‘Asteroids’ cabinet in action, I suggest you find one at an arcade museum near you,” recommends a Hacker News commenter named bitwize. “Actual ‘Asteroids’ is quite different from any port or emulation of it. The slow-decay phosphor leaves visible trails for your ship and shots, and the machine has control over electron-beam intensity in a way that raster units do not, which means that your shots and enemy saucers glitter in the dark, creating a ‘spacey’ atmosphere that’s hard to replicate on a raster display.”

“Those ridiculously bright bullets burn themselves into your retina in a way that simply can’t be emulated.”