The People Pushing for a Decentralized Web 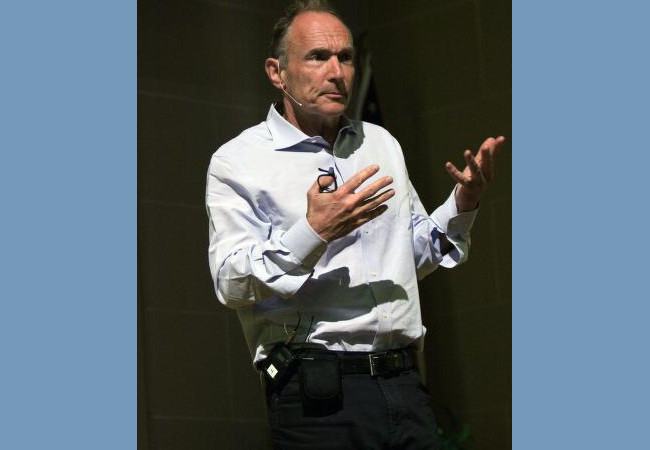 As August began, the non-profit Internet Archive convened the Decentralized Web Summit in San Francisco, promising appearances by “the creators and builders of the original Internet and World Wide Web, plus other developers of cutting-edge decentralized protocols and representatives of civil society, human rights and government from around the world.”

It’s a follow-up to a similar event in 2016, though now “People are starting to show real working code and real projects. They’re building whole technology stacks that are more decentralized, in large part fueled by the excitement of the cryptocurrency systems. The altcoins and Bitcoins are proving that interesting and complicated systems are starting to work out there.”

Or, as the Summit’s site explains, “With scores of prototypes and apps now built with decentralized protocols, it’s time to collaborate, communicate and engage the communities who need these tools the most.”

Ironically, the Summit was held at the old San Francisco Mint — built in 1874 .

Best #DWebSummit Moments: Partners in Crime. @WhitfieldDiffie, father of modern cryptography & Security expert Mark Seiden cracking the safe at the SF Mint. Good thing they are on our side. Photo by David Rabkin. pic.twitter.com/pGp8yYhaQi

But an opening night party held at the Internet Archive included a “science fair” where over 70 projects were showcased, offering attendees “a time for you to talk one-on-one with the builders of the Decentralized Web, ask questions, and try out the latest working code.”

For example, OmiseGo uses an Ethereum-based blockchain in the pursuit of what they call “financial inclusion and interoperability” via the public, decentralized OMG Network. And MaidSafe has developed the SAFE network, which splits data into pieces so it can’t be traced, “with data stored as encrypted pieces on other people’s devices…” according to its website.

“The SAFE Network is made up of the unused hard drive space, processing power and data connection of its users. It offers a level of security and privacy not currently available on the existing Internet and turns the tables on companies, putting users in control of their data, rather than trusting it to oorganizations”

“The countdown to the new Internet has begun,” reads one inspiring slogan. “Try, test, build, contribute. Be part of it.”

In a presentation later at the summit, HBO’s “Silicon Valley” creator Mike Judge said that MaidSafe was one of the companies they “looked at a lot” when dreaming up the “decentralized web” plotline for the show.

The Computing technology site did a good run-down of the conference, citing web creator Sir Tim Berners-Lee, Archive.org founder Brewster Kahle, plus “a sprinkling of techies from Microsoft, Google (Vint Cerf and others) and Mozilla in attendance too, along with a handful of venture capitalists looking for opportunities.”

At the end of #DWebSummit Builders' Day, @timberners_lee and @tednelson take a moment to chat. pic.twitter.com/AqrxZyRjgS

The article captures the visions of an online world where we’ve separated our data from our applications, with new ways to authenticate and identify ourselves — all hosted on a decentralized network. “And above all it will need to be easy to use, low latency and simple for developers to create decentralised applications for,” the site enthused.

And the author tracked down several of the Summit’s contributors for some candid appraisals of their progress so far. “Ironically, the decentralised community itself is also very decentralised, with several smaller groups doing highly similar things,” said Ruben Vergorgh of the Solid project. “Finding common ground and interoperability will be a major challenge for the future since we can only each do our thing if we are sufficiently compatible with what others do.”

Checkout the experiment from #Mozilla that adds new APIs for #WebExtension such as: UDP, TCP, mDNS, FS, streams.https://t.co/BjUkMjJ95a

In the shot, Firefoxes are chatting over UDP Multicasting, no servers needed.#dwebsummit #P2P pic.twitter.com/kb90PpuxIG

But there seemed to be a real eagerness to move forward. “Let’s build a better, open world, one that serves more of us,” Kahle noted. Berners-Lee also pointed to recent headlines about the unintended consequences of social networks — and a new interest in privacy raised by Europe’s new GDPR rules — saying he sees “a huge backlash from people wanting to control their own data.”

It’s a movement that’s drawing interest from some prominent advocates. Recently an article about the Summit from Bitcoin Magazine was republished last month on Nasdaq.com. It points out that Berners-Lee was scheduled to present SOLID, a new protocol and toolbox under development at MIT. “The SOLID project wants to build decentralized social applications while preserving, as much as possible, compatibility with existing W3C standards and protocols,” the Bitcoin pub noted.

“There are a set of common problems that the web is not able to address,” Dietrich Ayala, developer advocate at Mozilla, wrote in a recent blog post. After listing a series of issues “critical internet health issues” from net neutrality to government censorship, it decries “centralization of power in the hands of a few large companies who have economic interests in not solving these problems.”

Ayala also hails “a new wave of projects, products and platforms building on or with web technologies… using decentralized or distributed network architectures instead of the centralized networks we use now, in order to let the users control their online experience without intermediaries, whether government or corporate.”

Just did a panel with these awesome folks, talking about what it will take to make a new web productive, safe, and fun for everyone.

Setting a good example, the Internet Archive is now demo-ing a decentralized version of its site. “The centralized web is everywhere, but we have to find it,” reads a tantalizing message on an interstitial page. (An alternate address for the website is dweb.me) “This is an experiment to see what was achievable with Dweb tools like IPFS, WebTorrent, Gun on browsers, with a big site like the Archive” posted someone on Hacker News who identified themselves as the technical lead for decentralization at the Internet Archive. “Its still an experiment to see what was possible with a big site, in today’s browsers using some of the emerging tools (IPFS, WebTorrent, GUN).”

I met someone at the #DWebSummit who made what I think is the first p2p wedding website! 👰🏻🤵🏼 pic.twitter.com/yvdQpZ4Z8V

This week Mozilla’s “Hacks” blog began highlighting open source projects that explored the possibilities of decentralization. It kicked it off with an essay by André Staltz, one of the core contributors to Scuttlebutt, a social network “with unique offline-first and peer-to-peer properties” which Staltz calls “a promising foundation for a new ‘social web’ that provides an alternative to proprietary platforms.”

40% of Oakland Public School students don’t have internet at home – in 2018. The People's Open Network – a community-owned and -operated wireless mesh network – is working to change that. #DWebSummit

Of course, a decentralized web still some issues to work out — like how you can remove information online if it’s stored across a massive network of decentralized computers. And in any system, there will always be the issue of bad actors. “The same technology that protects users from central surveillance, might also protect criminals and hide their activity,” notes an FAQ at the Internet Archive

But the FAQ succinctly calls for an ambitious new goal: “putting control and ownership of data back in the hands of those who create it,” and makes the case for a decentralized web to “better help protect user privacy, ensure reliable access, and even make it possible for users to buy and sell directly, without having to go through websites that now serve as middlemen, and collect user data in the process.” It imagines a web equipped with everything from a peer-to-peer payment system to persistent public key encryption, and maybe even a time axis, “making past versions of the web accessible, similar to what the Internet Archive’s Wayback Machine does now.”

So how do we get there? By making it easy to participate, just like the protocols of the original world-wide web. “Creating common coding standards would allow independent developers to go off and create their own component parts, that can fit together in various ways, like the way Lego pieces can be assembled and reassembled…” Though the FAQ acknowledges that the whole ecosystem “might not be fully functional and integrated for another five or ten years,” everyone is looking to ways that the transition can be smooth.

On the way home from San Francisco and the amazing #DWebSummit. pic.twitter.com/FE964UcTw1

“The hope is that new Decentralized Web components will gradually be integrated into existing and new servers over time, so that the experience for individual users is as a smooth, if not seamless, transition to a better, safer online experience in which a user retains ownership and control of his or her own data.”

Several of the Summit’s attendees filmed their thoughts on the future of the internet for a time capsule. And apparently, there’s already plans to release a documentary about the Summit. “We are at a critical juncture in the development of the web, at which radical new visions and protocols are fomenting in the face of mounting structural and political crises,” explains a webpage on the Summit’s site. “The DWeb summit is a coming-together of old and new thinkers who will play a crucial role in confronting these challenges and defining the future trajectory of how the internet is imagined and engineered.

“As part of the Internet Archive’s broader mission, Net Work will be an archival snapshot of this moment in internet history through the individuals and cultures that are shaping it.”

It’s a sentiment that’s echoed by the Internet Archive’s FAQ. “Remember how it felt to use the early World Wide Web? Apps and features came and went. Some of it was buggy, and some of it was revelatory, and users helped developers figure out what needed to happen, and how it could better come together.

“Expect another era like that, building on what we’ve already learned, to create a better web for everybody.”