The Potalyzer, a Marijuana Detector and the Questions it Raises 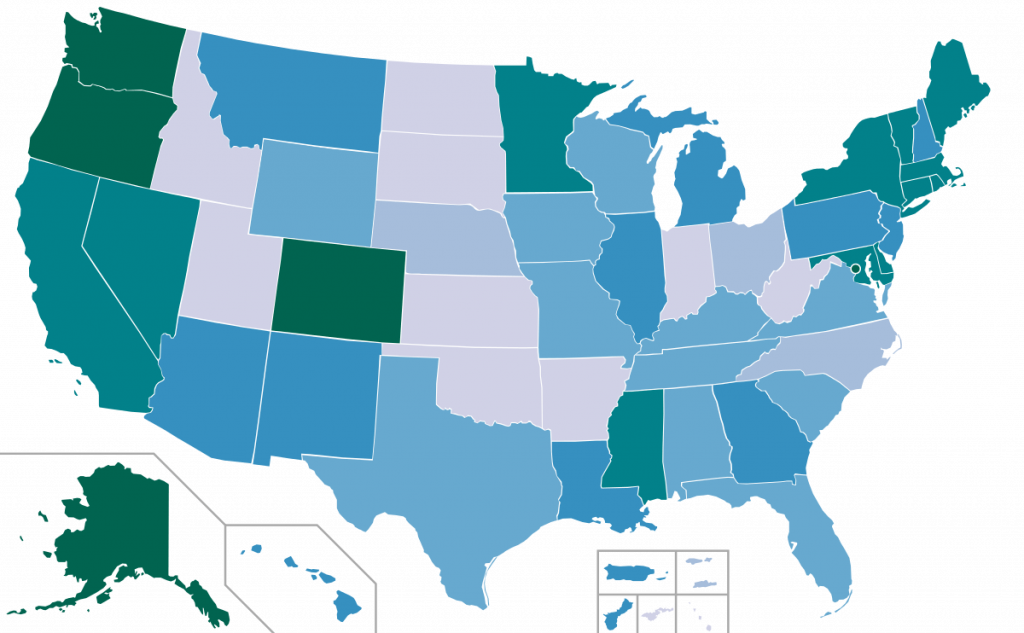 In America, marijuana is legal — at least in four states, while 16 more states have legalized at least some forms. But that’s raising the question of how drivers should be tested for driving under the influence of marijuana. Universities and device manufacturers are scrambling to fill the void with new testing equipment, and this week saw the arrival of a new device that’s actually using magnetic nanotechnology.

Because it effectively offers police officers a breathalyzer for pot, headline writers have started calling it “the potalyzer“.

But despite the funny headlines, there’s some serious science behind it. Carefully-crafted sensors detect the presence of magnetic bioparticles which have been specifically designed to bind to a reaction between a THC molecule and an antibody. For decades similar antibody-based “immunoassays” have been used in research, but “To the best of our knowledge, this is the first demonstration that giant magnetoresistance biosensors are capable of detecting small molecules,” writes Shan X. Wang, the leader of the research group. 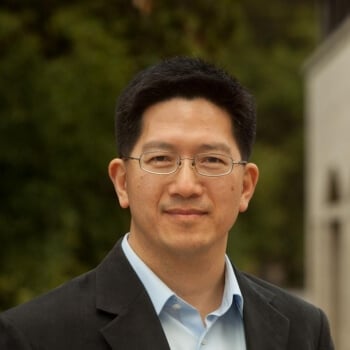 Wang is a professor in Stanford’s Electrical Engineering department (as well as their Materials Science and Engineering department), and he’s been leading a group investigating magnetism at the nanoscale for years. “We envision that our Center should be positioned to effect or lead new waves of magnetics-related technologies before the emerging technologies blossom into mainstream industries,” reads the webpage for Stanford’s Center for Magnetic Technology. Other projects involve storing information with magnetism or using it to detect diseases like cancer, heart disease, and even infectious diseases.

But this device detects the presence of the THC — and within a range of 0 to 50 nanograms “No device currently on the market has been shown to quickly provide a precise measurement of a driver’s marijuana intoxication as effectively as a breathalyzer gauges alcohol intoxication,” reports Stanford, noting that most tests for THC also require a laboratory exam of a blood or urine sample.

It’s a little more complicated than a simple immunoassay. This procedure involves disposable chip cartridges, each with a pre-determined amount of THC. But first, a saliva sample is exposed to a solution with antibodies that react to any THC that’s present, according to the site for Stanford’s engineering department. When that sample is later exposed to the disposable cartridge, “The number of antibodies bound to THC molecules on the sensor tells the device how many antibodies the THC in the sample used up, and therefore how many THC molecules were present in the sample.”

In other words, it detects less THC on the cartridge when the antibodies have already reacted to the THC in the saliva sample…

A handheld mobile device performs the tests, and even delivers its results over a Bluetooth connection to a smartphone or laptop — within three minutes. And the device could also be adapted to detect morphine, heroin, cocaine, and other illegal drugs. Stanford’s researchers have already performed some promising tests using the device to detect morphine, and according to the school’s website “with 80 sensors built into it, the GMR biosensor chip could screen a single sample for multiple substances.”

Before police can actually use the device, it’d need more field testing and official approval. But there are many more groups who are focusing on the same problem. And if you were wondering how they’d test a device that measures how much pot has been smoked, the California police department has the answer. According to RT, police have already begun field-testing another breathalyzer on “several erratic drivers” in California, and next year police began testing that device all across America. The name of this drug-sniffing device? The Hound™.

Even though this device only tests for past consumption of edible marijuana, “Basically everyone agreed because they were curious…” said the CEO of Hound Labs — who also works as a reserve officer with the Alameda County sheriff’s department. “[P]eople are arrested every day for driving stoned, but the objective was not to put people in jail but to educate them and use the device if they volunteered so we could get the data,” Hound Labs has already beaten another company to the market, according to an article in U.S. News & World Report, which reports that Cannabix Technologies is working on a similar product.

And they’re not the only ones The same article notes drug-testing products from Intelligent Fingerprinting, a U.K.-based company with a device that can detect the presence of several illegal drugs at specific thresholds, which they hope to distribute in the U.S. next year. “We’re not to that point yet,” their VP of sales tells the magazine, “but we do have a significant stable of cities and counties that are interested in piloting and thus validating our product for roadside [driving under the influence of drugs] stops.” In the meantime, their device will be tested at drug rehab facilities.

Researchers at the University of California in San Diego are also working on the problem. But a German company is already selling The DrugTest 5000, a similar product already in use by the New York Police Department, the Nevada Highway Patrol and Oklahoma tribal police. Their product has already been used in over 1 million tests, they tell the magazine proudly. And one company executive makes an important observation: that it’s not just a variety of devices that’s the problem. “The scientific community is going to have a food fight for the next decade over how these [THC figures] relate to impairment.” A California court already ruled the test was admissible in a vehicular manslaughter case.

In a recently published paper, even professor Wang notes that “The cutoff concentration of THC that causes impairment is still controversial.” NPR recently reported that “It turns out, measuring a person’s THC is actually a poor indicator of intoxication.” A public policy professor at New York University told them last week that “You can be positive for THC a week after the last time you used cannabis, not subjectively impaired at all, not impaired at all by any objective measure, but still positive.”

Citing information from the National Institute of Drug Abuse, NPR earlier reported that it’s just not as straightforward as measuring someone’s blood alcohol. “Measuring the volume of alcohol in one part of your body can predictably tell you how much is in any other part of your body — like how much is affecting your brain at any given time… But marijuana isn’t like that. The height of your intoxication isn’t at the moment when blood THC levels peak, and the high doesn’t rise and fall uniformly based on how much THC leaves and enters your bodily fluids…”

So we’re already building devices that can detect THC levels in various samples — even before there’s a legal (and medical) consensus on what numbers would actually be meaningful.

But it’s a problem that’s destined to get a lot more attention. This November Californians will also vote on whether pot should be fully legalized in the state — and the measure is expected to pass. It has the support of former Facebook President Sean Parker as well as California’s current Lieutenant Governor, Gavin Newsom. And “It’s very clear that Californians’ attitudes have changed dramatically on this issue over the last several years,” according to the Dan Schnur, the former political strategist who joined USC poly sci department (and who directed the poll). 600,000 signatures were gathered — 200,000 more than was actually necessary — to put the measure on November’s ballot. And if it passes, “one in every six Americans lives in a state with legal marijuana sales,” according to the Associated Press, “including the entire West Coast.”

So “driving while under the influence” may become an even bigger concern.

At least until we invent self-driving cars.

Feature Image via Wikipedia, attributed to Lokal_Profil, use by CC BY-SA 2.5. Other photos courtesy of Stanford.