The Road to Kata Containers 2.0

Over the past two years, the Kata Containers community has improved isolation in the container world, making virtualization more lightweight and container-friendly, albeit with some negative impact on overhead. The vision for the future of the Kata Containers project is to continue to refine sandboxing technologies in order to further isolate cloud native applications transparently and at a minimal cost.
Jul 16th, 2020 10:58am by Horace Li 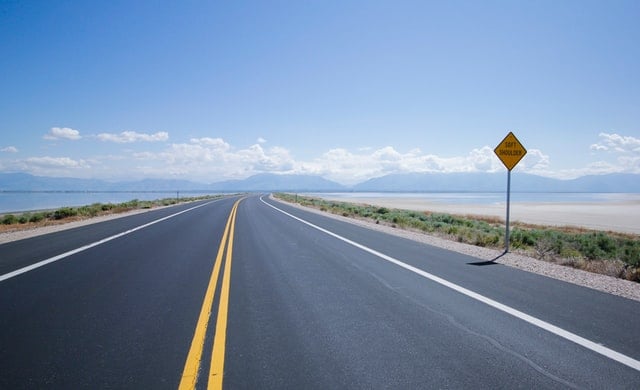 The open source Kata Containers project, launched in late 2017, aims to unite the security advantages of virtual machines (VMs) with the speed and manageability of containers. What has the project achieved in the last two years, and what features comprise the roadmap for the next release? Let’s catch up with Kata Containers, beginning with a quick look back at how Kata Containers came to be…

How Kata Containers Came to Be 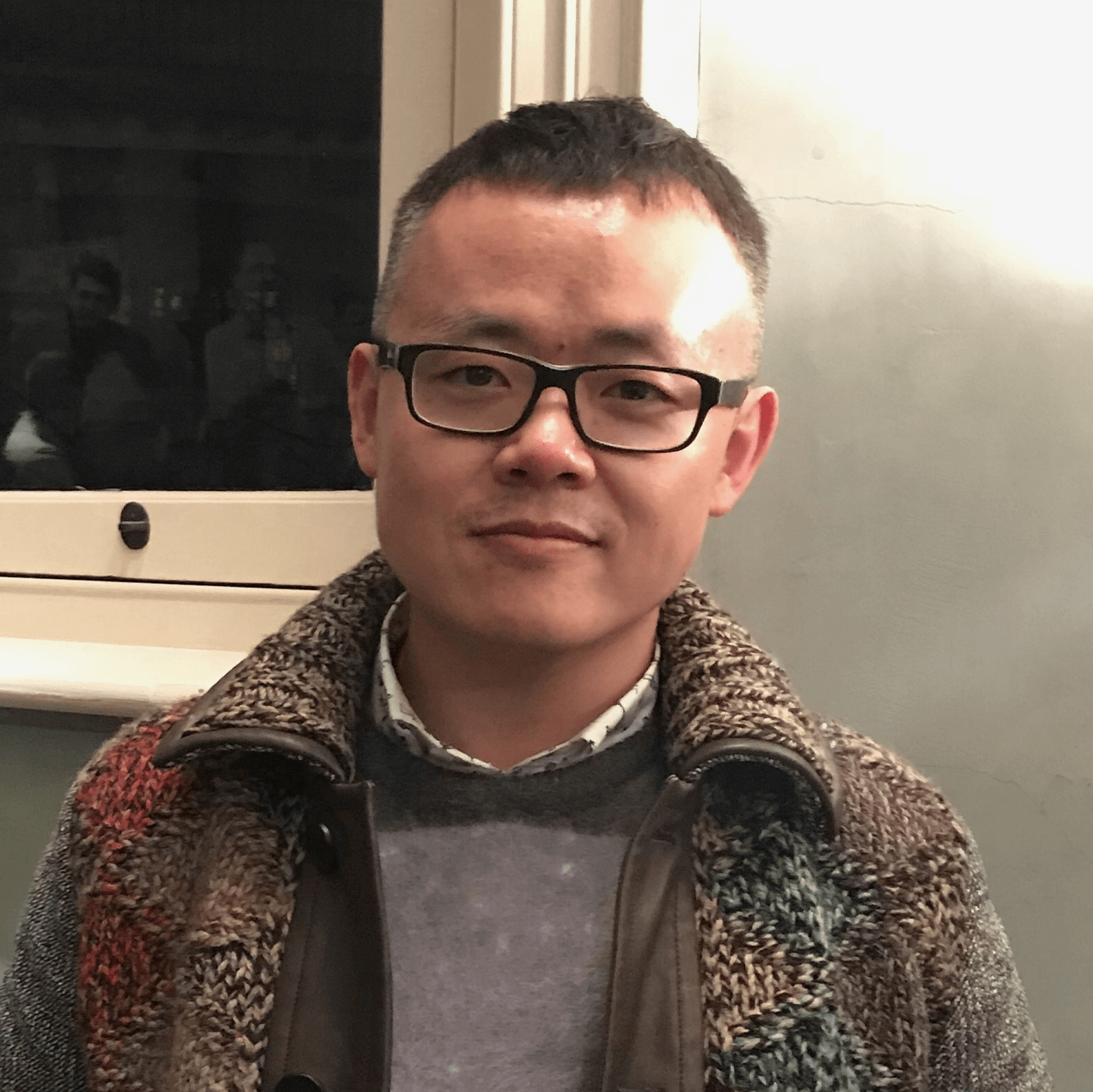 Horace Li
Horace Li is China Community Manager at the OpenStack Foundation, where he supports the growth of China’s OpenStack ecosystem and accelerates participation in Open Infrastructure projects, including Kata Containers. Before joining the OpenStack Foundation, Horace worked at the Intel Open Source Technology Center for 13 years as technical account manager, supporting engagement in open source community projects in China.

When Docker hit the scene and containers became the hot new thing (circa 2013*), developers throughout the world were enamored with the benefits containers could offer. It’s no wonder. Containers — a standard unit of software that packages up code and all its dependencies so the application runs quickly and reliably from one computing environment to another — are critical for developers who want to build, test and deploy software faster. Containers are lightweight, low overhead, can be scheduled and launched almost instantly, run anywhere, facilitate microservices, and offer scaled consumption of resources, to name just a few popular advantages.

Despite their many technological advancements, containers do have a disadvantage — a security weakness that arises from containers sharing access to the host kernel. Theoretically, if you have multiple containers on a single host and one of those containers is exploited by malicious code, all other containers on that host are vulnerable as well, due to the shared namespace. In this scenario, containers can pose a serious security threat to an organization’s entire cloud infrastructure. If you are a cloud provider, the threat is extended to the data and business of your cloud customers — a totally unacceptable prospect. 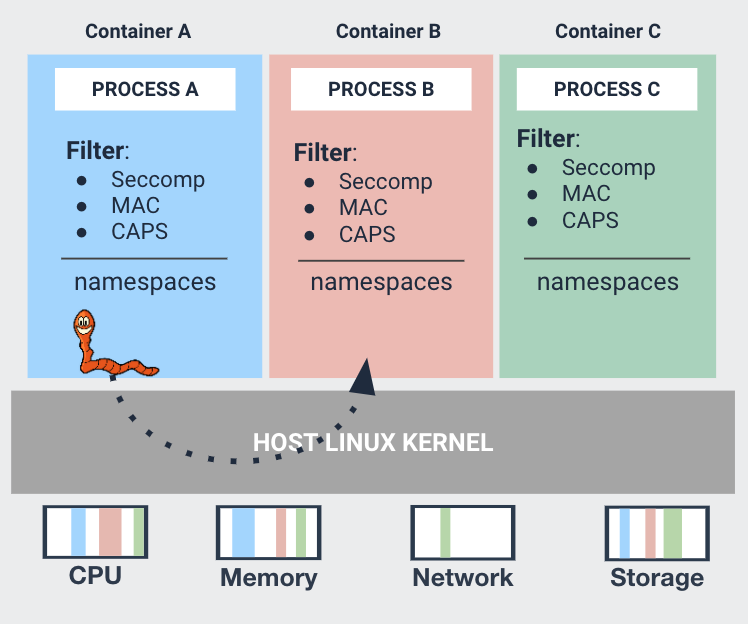 For this reason, many operators running containers at scale “nest” those containers inside VMs, isolating them logically from other processes running on the same host. But running containers in VMs robs users of many of the speed and agility benefits of containers. Recognizing this problem, developers at two companies — Intel and (the now-defunct Chinese startup) Hyper.sh — began working on a solution separately and simultaneously. Both companies set out to find a way to secure containers without forcing them to carry all the baggage that comes along with traditional VMs. Or to put it another way, they set out to “retool” virtualization to fit container-native applications.

At the same time, engineers at Hyper.sh launched the open source project runV using a similar strategy of placing containers in a secure “sandbox.” Hyper.sh emphasized a technology-agnostic approach by supporting many different CPU architectures and hypervisors.

In 2017, the two companies merged their complementary efforts to create the open source project, Kata Containers. By joining forces, Intel and Hyper.sh aimed to deliver a superior end-user experience in both performance and compatibility, unify the developer communities, and accelerate feature development to tackle future use cases. Kata Containers became the first project outside OpenStack to be supported by the OpenStack Foundation (OSF). The project made its public debut at KubeCon North America in December 2017, with the community touting “the speed and agility of containers with the security of VMs.”

Here’s the substance behind the catchphrase. With Kata Containers, each container or container pod is launched into a lightweight VM with its own unique kernel instance. Since each container/pod is now running in its own VM, malicious code can no longer exploit the shared kernel to access neighboring containers. Kata Containers also makes it possible for container-as-a-service (CaaS) providers to more securely offer containers running on bare metal since each container/pod is isolated by a lightweight VM. Kata Containers allows mutually untrusting tenants — or even production and pre-production (unproven) apps — to safely run in the same cluster, thanks to this hardware isolation. 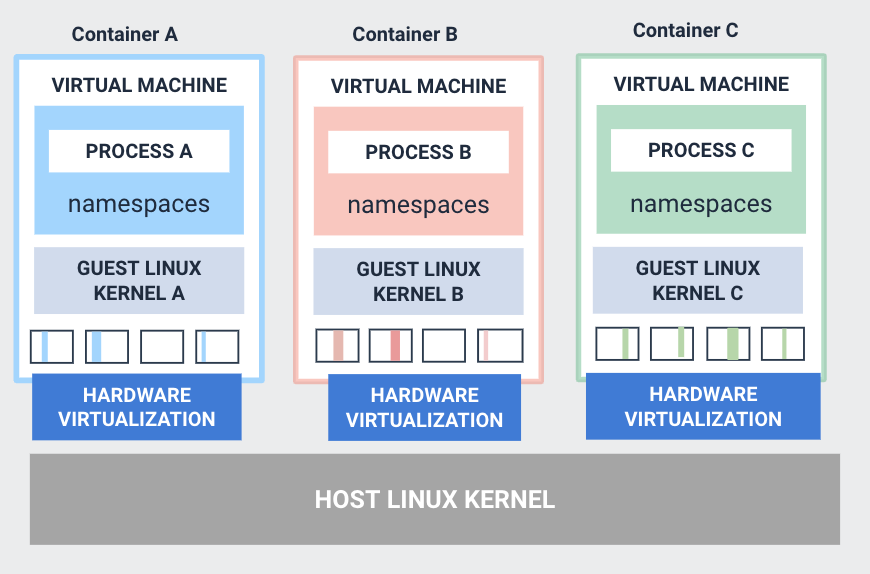 As a result, Kata Containers are as light and fast as containers and seamlessly integrate with the container ecosystem — including popular orchestration tools such as Docker and Kubernetes — while also delivering the security advantages of VMs.

During Kata Containers’ first year, the community’s efforts were primarily devoted to merging the codes from Intel and Hyper.sh and to spreading the word at events throughout the world about the project’s unique approach to hardware-level isolation, a feature that other container runtimes lack. The fledgling community also invited a broader community of developers to take part in advancing the project.

To read more about these achievements, see Xu Wang’s post on Medium, “The Two Years of Kata Containers.”

Baidu AI Cloud is a complex network with huge amounts of traffic and complicated deployment scenarios exemplified by peak traffic of a single cluster of 1 billion+ page views (PVs) per day and 50,000+ containers for a single tenant. Baidu chose to use Kata Containers after doing extensive research on secure container technologies and determining that Kata Containers is a highly secure and practical container technology.

[I]t was imperative for Baidu to figure out how to improve container isolation to protect customer workloads and data while leveraging the lightweight nature and agility of containers. … The isolation mode among virtual machines adopted by Kata Containers not only ensures a safe isolation of the container in a multitenant environment, but also helps to make the isolation of virtual machines invisible to applications and users. … As a secure container solution, Kata Containers play a vital role in the container services provided by Baidu by meeting diverse customer use cases through the support of multiple KVM based VMMs.

In its successful application for the Superuser Award, Baidu described the way Kata Containers has transformed its business:

In 2019, our Kata Containers based products are enjoying market success in areas of FaaS (Function as a Service), CaaS (Container as a Service) and edge computing. Baidu’s cloud function computing service (CFC) based on Kata Containers provided computing power for nearly 20,000 skills of over 3,000 developers to run cloud function computing for Baidu DuerOS (a conversational AI operating system with a “100 million-scale” installation base). Baidu Container Instance service (BCI) has built a multitenant-oriented serverless data processing platform for the internal big data business of Baidu’s big data division. The Baidu Edge Computing (BEC) node is open to all clients while keeping them separated from each other for security and ensuring high performance.

Presenting at the Open Infrastructure Summit Shanghai in November 2019, Yu reported that 17 important online businesses of Baidu already had been migrated to the Kata Containers platform. Yu explained that Kata Containers provides a virtual machine-like security mechanism at the container level, which gives its customers a great deal of confidence. When moving their business to a container environment, they have less concern.

Over the past two years, the Kata Containers community has improved isolation in the container world, making virtualization more lightweight and container-friendly, albeit with some negative impact on overhead. The vision for the future of the Kata Containers project is to continue to refine sandboxing technologies in order to further isolate cloud native applications transparently and at a minimal cost.

More specifically, the goals for the 2.0 release of Kata Containers, projected for later this year, could be summarized as follows:

For a deeper dive into the challenges that the community hopes to address in the 2.0 release, please see Xu Wang’s articles on Medium: “Kata Containers: Virtualization for Cloud Native” and “The Blueprint of Kata 2.0.”

Baidu is an excellent example of a company that has invested in open source projects and communities with great success. The Kata Containers community welcomes other individuals and organizations to do the same: play a proactive role in the project by contributing code, documentation and use cases.

To learn more and get involved, visit the Kata Containers community page.

SHARE THIS STORY
RELATED STORIES
Data, Analytics and AI: What Will Happen in 2023 The Next Evolution of Virtualization Infrastructure WebAssembly vs. Kubernetes Connect to Remote Docker Machines with Docker Context What Is the Docker .env File and How Do You Use It?
AWS, Dell Technologies, NetApp, Packet, and Red Hat are sponsors of The New Stack.
TNS owner Insight Partners is an investor in: Mirantis, Docker.
SHARE THIS STORY
RELATED STORIES
WebAssembly vs. Kubernetes Install Dozzle, a Simple Log File Viewer for Docker 3 Container Practices to Boost Your Security Posture Top 5 Considerations for Better Security in Your CI/CD Pipeline Docker versus Kubernetes: Start Here
THE NEW STACK UPDATE A newsletter digest of the week’s most important stories & analyses.
The New stack does not sell your information or share it with unaffiliated third parties. By continuing, you agree to our Terms of Use and Privacy Policy.