To get a better sense of what the API ecosystem looks like in 2021, I thought who better to talk to than the founder of ProgrammableWeb himself: John Musser.
May 3rd, 2021 9:00am by Richard MacManus 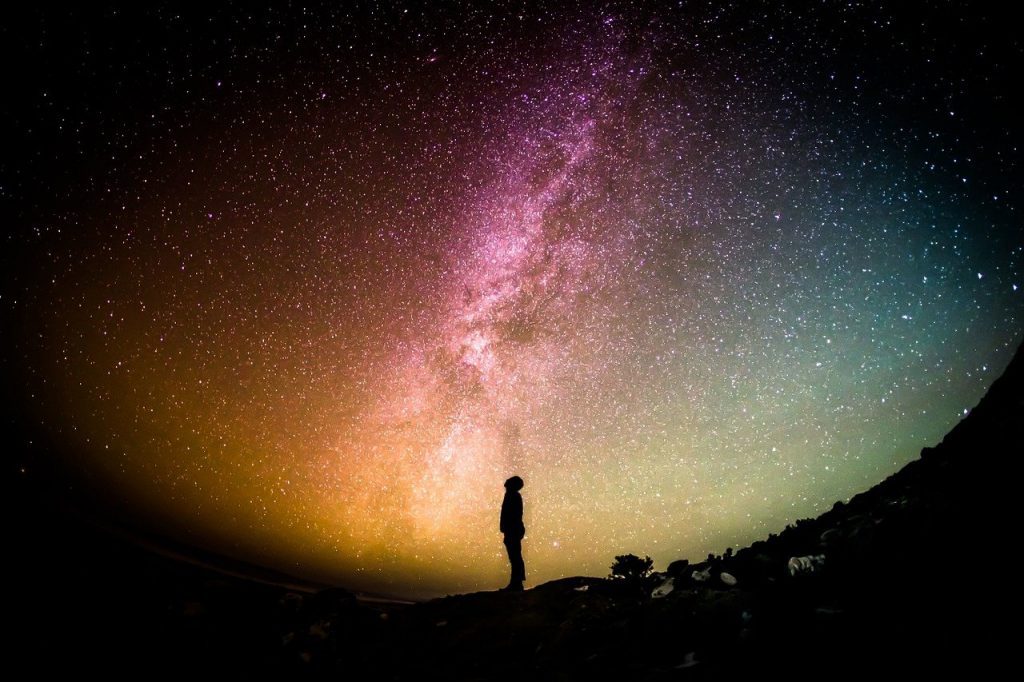 I first came across the application programming interface (API) directory, ProgrammableWeb, in September 2005, shortly after it was launched by John Musser. At the time, the directory had just 54 listings. How times have changed, because nearly 16 years later ProgrammableWeb lists over 24,000 APIs.

It’s an indication of how pervasive APIs have become on today’s internet. There are even API providers worth tens of billions of dollars, such as Twilio and Stripe. It’s a massive market, primarily because APIs enable developers to plug in virtually any specialist service they require for their applications. You don’t need to build your own communications service, for example — just use Twilio. Likewise, tens of thousands of applications use Stripe’s APIs to manage payments.

To get a better sense of what the API ecosystem looks like in 2021, I thought who better to talk to than the founder of ProgrammableWeb himself, John Musser. These days, Musser is director of data and analytics for Ford’s Autonomous Vehicles division. He’s also the founder of API Science, an API monitoring company he started in 2013, a few years after he sold ProgrammableWeb to Alcatel-Lucent. (ProgrammableWeb was subsequently sold to MuleSoft in 2013, which was acquired by Salesforce.com in 2018).

I started by asking Musser whether he’s surprised at how widespread and important APIs and API providers are now, or did he always think this would happen?

“It’s very surprising,” he replied, “particularly when you think back to that era of 2009-2010 — right around that time — when the first API-as-product companies showed up. Twilio was the quintessential use case and then Stripe not too long after. Both of those, I never would have thought of as [worth] tens of billions of dollars in market cap, with a lot of other billion-dollar players that are API-first companies.”

However, Musser thinks it’s less surprising that APIs have become ubiquitous. That was simply a byproduct of the shift over the past decade toward software as a service (SaaS) and cloud computing.

In addition to being a much larger market now, there also is much more diversity in formats. While REST (Representational State Transfer) is still by far the leading format for offering APIs, other formats such as GraphQL are rising in popularity. Indeed, as I wrote a few weeks ago, many companies like Shopify now favor GraphQL over REST for their APIs.

The way Musser tells it, developers can now take a horses-for-courses approach when it comes to choosing an API format.

“I think what’s really happened in the last five years or so is a proliferation of other suitable non-REST APIs. GraphQL is a big one, along with gRPC. GraphQL is when you need flexibility; gRPC is when you need performance. You also have WebSocket, optimized for event-based models, and you have webhooks, which are optimized for callback models. So you have a set of options.”

In his own work at Ford, Musser has seen all of the above API approaches taken.

“We have REST APIs, of course. We have a number of gRPC APIs because for connected vehicle APIs, you’re talking about high volume, high throughput, high performance. We have some event-based WebSocket APIs — in particular for mobile communication, back and forth in mobile. And we have some SOAP APIs that still live on, back in some legacy systems. There’s a fair amount of diversity in there … and we have a couple of GraphQL pilot projects, around some internal systems for account management.”

When Musser was starting ProgrammableWeb in 2005, the conversation was all about how REST was usurping SOAP (Simple Object Access Protocol). Now, it’s not a case of other formats usurping REST, but about alternative formats emerging to better support different use cases.

As far as REST is concerned, the big shift has been moving away from XML as a data format and into JSON. But REST itself is as popular as ever. Many API providers, including Twilio and Stripe, rely heavily on it.

Are Open APIs Still a Thing?

Another feature of the Web 2.0 API landscape was the popularity of open APIs — web services you could freely use without having to pay a company like Twilio or Stripe. Part of the excitement from the pre-Twilio era (2005-2008) was that some of the leading Web 2.0 products offered ostensibly open APIs. Hundreds of third-party apps were built using Twitter’s API, for instance. But this idyllic situation was soon unwound, when companies began restricting their APIs or charging money for access. Twitter notoriously squeezed out many third-party developers in 2012, when it placed restrictions on its API.

But in 2021, there is a sense of cautious optimism around open APIs, especially with the Open API Specification (OAS), previously known as Swagger and currently under the umbrella of The Linux Foundation. Musser thinks OAS has been a boon for API tooling in particular.

“Having that common, modern, agreed-upon description [in the spec] is a foundational element of the future of APIs,” said Musser. “I think the OpenAPI spec, particularly its adoption and how it drives and supports API tooling — whether it’s during the development process for CI/CD and publishing APIs, or whether it’s around support within API design, API monitoring, API security — much of the API economy can benefit from the OpenAPI spec.”

Indeed, Musser created another directory recently, this one focused on open APIs. He and fellow API expert Mark Boyd built an “open APIs for financial inclusion” dashboard for CGAP (Consultative Group to Assist the Poor), an organization housed at the World Bank. The project helps foster an ecosystem of developers and companies around digital financial services APIs, building solutions for the world’s 1.7 billion “unbanked” people — those without access to financial services, which are a key enabler to rising out of poverty. Since many of this segment of the world’s population do have mobile phones, building apps to serve their financial needs is a viable solution. There are nearly 800 APIs listed in the dashboard, from large companies like HDFC Bank in India to small startups like iPay from Kenya.

The ubiquity of APIs, diversity of API formats and development of open APIs are just a few of the trends Musser sees in the API ecosystem currently. The growth of API security solutions and API aggregators are two other trends he’s noticed. Plaid, a fintech platform that allows people to connect their financial accounts to applications, is an example of the latter.

If software is eating the world, as Marc Andreessen famously wrote nearly a decade ago, it’s good to know that it’s increasingly being made available via APIs. The more than 24,000 APIs in ProgrammableWeb open up a universe of possibilities for developers.

Richard MacManus is a Senior Editor at The New Stack and writes about web and application development trends. Previously he founded ReadWriteWeb in 2003 and built it into one of the world’s most influential technology news sites. From the early...
Read more from Richard MacManus
SHARE THIS STORY
RELATED STORIES
Six Signs You’ve Got an API Sprawl Problem Building Access Permissions into Your API Crossplane: A Package-Based Approach to Platform Building How to Handle Sessions with Cookies and Tokens  Here’s How to Tame Your API Sprawl — and Why You Should
The Linux Foundation is a sponsor of The New Stack.
TNS owner Insight Partners is an investor in: The New Stack.
SHARE THIS STORY
RELATED STORIES
Improve the Quality of Your APIs with Spectral Linting 5 Ways to Improve Your Web Application and API Security Twitter Leak Shows How Important API Security Remains in 2023 5 Software Security Goals All CTOs Should Prioritize The Flywheel Effect of Kubernetes APIs
THE NEW STACK UPDATE A newsletter digest of the week’s most important stories & analyses.
The New stack does not sell your information or share it with unaffiliated third parties. By continuing, you agree to our Terms of Use and Privacy Policy.