The State of Enterprise Open Source in 2018

The state of open source in 2018, and especially, the IBM's Red Hat purchase, were discussed in this podcast with Rachel Stephens, an analyst with of RedMonk, and Michael Coté, director, marketing, at Pivotal Software, hosted by Libby Clark, editorial director, and Alex Williams, founder and editor-in-chief, of The New Stack.
Dec 13th, 2018 1:32pm by B. Cameron Gain 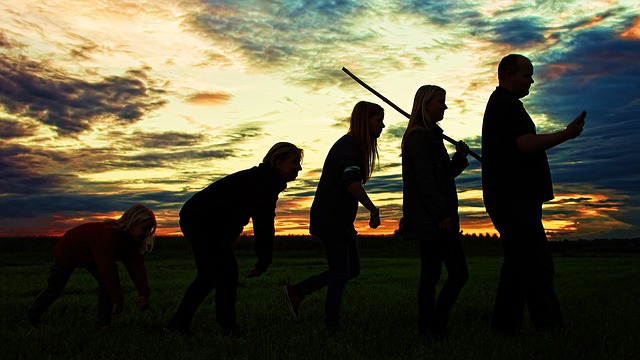 #170: A Pivotal Director, RedMonk Analyst Discuss the State of Open Source in 2018

It would have been difficult to predict the magnitude of open source’s role in today’s platforms and the explosion of choice on offer in today’s computing world thanks to its massive adoption. On the industry side, IBM’s purchase of Linux giant Red Hat this year for an astounding $34 billion has come as an even bigger surprise.

The state of open source in 2018, and especially, the IBM’s Red Hat purchase, were discussed in this podcast with Rachel Stephens, an analyst with of RedMonk, and Michael Coté, director, marketing, at Pivotal Software, hosted by Libby Clark, editorial director, and Alex Williams, founder and editor-in-chief, of The New Stack.

Indeed, 2018 is even being touted at the “year of open source” in many circles, Stephens said. “The mega acquisitions and just tends to really validate open-source as the method of building in the future and as a viable approach for building your stack. And I think, at the same time, we contrast that with some kind of clouds on the horizon in terms of the growing tension between an ability to run an open source business in the face of cloud providers.”

Stephens said Red Hat was a well-recognized acquisition target, but the price of $34 billion IBM paid for the company surprised many.

“The price that IBM paid I think, was substantial and I think that it will be interesting to see how it comes together. If you combine the open source ethos and the go-to-market cloud opportunity that Red Hat has with OpenShift combined with IBM’s sales machine, I think that could be good,” Stephens said. “There’s also a substantial amount of risk, such as an overlap in the portfolio, which is definitely some concern, especially on the Red Hat side of the cultural fit. So, I think it will be interesting to see how it plays out.”

While noting Pivotal competes against Red Hat and “trying not to be biased;” Coté said Red Hat had “always seems like a tasty acquisition but they were just too big for anyone to acquire in a reason away.”

“They have a well-respected money-making set of stuff… and I guess to whipsaw around, there’s a whole bunch of new-style Kubernetes cloud whatever stuff going on, which I always care a great deal about working at Pivotal. But I think from an IBM perspective if there’s a company that knows how to make a lot of money out of operating systems for decades,” Coté said. “So, it’s a really synergistic fit in retrospect in that like IBM sells operating systems. Red Hat makes most of its money with operating systems in an incredibly large installed environment that works on long-term support and stuff.”

1:22: What is the state of open source in 2018? What are some of your thoughts and observations?
9:42: The changes in the Kubernetes landscape this year.
18:02: What were the trends in serverless this year, and what was the role of Knative in that?
27:09: The renewed interest in the developer experience, CD tools, and automation.
30:45: Is there some other experience that should have developed out of CI/CD tools and Kubernetes this year?
34:24: Exploring the concept of tech ethics and what’s happened this year in terms of tech culture.

BC Gain’s obsession with computers began when he hacked a Space Invaders console to play all day for 25 cents at the local video arcade in the early 1980s. He then started writing code for very elementary games on the...
Read more from B. Cameron Gain
SHARE THIS STORY
RELATED STORIES
Gorilla Toolkit Open Source Project Becomes Abandonware Top 5 Internet Technologies of 2022 Anil Dash on Mastodon Joining Fastly’s Open Source Program Redis Looks Beyond Cache Toward Everything Data What to Do When You Don’t Have Time to Test Your Microservices
TNS owner Insight Partners is an investor in: The New Stack.
SHARE THIS STORY
RELATED STORIES
Bryan Cantrill: What’s Next for Infrastructure, Open Source and Rust Wellspring of Creativity: Why Public Domain Matters Improve the Quality of Your APIs with Spectral Linting Top 5 Internet Technologies of 2022 Netlify Acquires Gatsby, Its Struggling Jamstack Competitor
THE NEW STACK UPDATE A newsletter digest of the week’s most important stories & analyses.
The New stack does not sell your information or share it with unaffiliated third parties. By continuing, you agree to our Terms of Use and Privacy Policy.