For nearly three decades the animals on the O'Reilly boo covers have become almost a part of geek culture itself. The woman behind this initiative? Edie Freedman, who worked as a creative director for the publishing company.
Jul 7th, 2019 6:00am by David Cassel 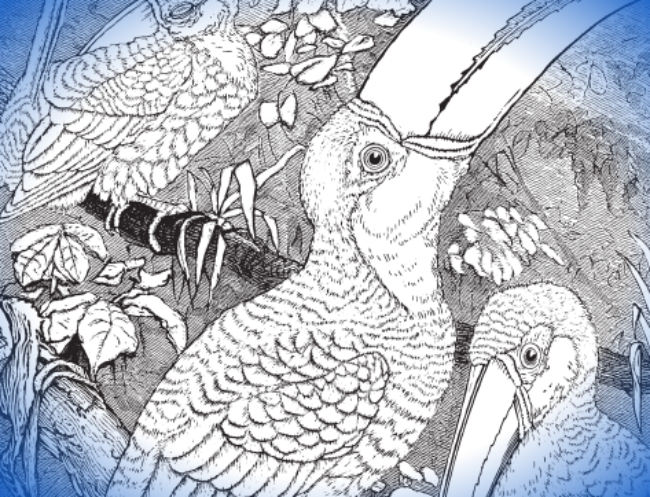 In March, on International Women’s Day, O’Reilly Media president Laura Baldwin noted that 50% of the company’s executive and management positions were held by women. (And women also constituted 47% of their workforce.) But it’s interesting to look at the impact women have had on one of the publishing company’s most iconic (and long-running) decisions: to distinguish the covers of their technical books by using illustrations of animals.

For nearly three decades those animals have become almost a part of geek culture itself. The woman behind this initiative? Edie Freedman, who worked as a creative director for the publishing company.

A page at Oreilly.com lets you sort its books alphabetically by the name of the animal on its cover — from the African Spoonbill on the cover of “ADO.NET in a Nutshell” to the “Toad Pocket Reference for Oracle” (which of course featured a toad). It offers a sprawling collection of 1,222 books with animal covers.

In an essay on the site, “A Short History of the O’Reilly Animals,” Freedman remembers that O’Reilly’s first books, sold by mail in the mid-1980s, were humble volumes with plain brown covers, held together by staples. But O’Reilly founder Tim O’Reilly wasn’t satisfied with the design for the first two books sold in bookstores. 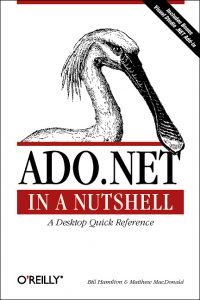 That’s where Freedman enters the story. At the time, she was neighbors with someone who was involved with the company’s marketing. One thing led to another, and “She showed me the covers they’d had designed, and wondered if I might have a better idea,” Freedman remembers.

“I had heard of Unix, but I had a very hazy idea of what it was. I’d never met a Unix programmer or tried to edit a document using vi. Even the terms associated with Unix — vi, sed and awk, uucp, lex, yacc, curses, to name just a few — were weird. They sounded to me like words that might come out of Dungeons and Dragons, a game that was popular with a geeky (mostly male) subculture.”

Freedman remembers in the essay that after a long weekend, she had several sketches for her neighbor to take into the office for the first time. Some people had thought the animals were weird — even a bit scary — but O’Reilly responded to their quirkiness, and thought it might help them stand out from the other technical books. “And it just felt right,” Freedman’s essay remembers, adding “And so it began.”

It’s hard to quantify the impact of one design decision. There’s still the occasional complaint from a book purchaser who doesn’t like spiders or snakes. But in 2005 Wired noted that O’Reilly book sales accounted for 15% of the $400 million computer-book market: “O’Reilly books tend to colonize entire sections at Borders and Barnes & Noble, their distinctive cover design as recognizable as the Tide circle on a box of detergent or the Apple logo on the lid of a PowerBook.”

The Origin of Species

Freedman once reportedly said, “I never reveal the reasons behind my choices, but I can assure all interested parties that there is always a reason.” The pictures originally came from the Dover Pictorial Archives, which offered copyright-free collections of 18th- and 19th-century wood and copperplate engravings of animals, according to a 2000-word essay by Lori Houston. But she also revealed a surprising twist: “An increasing number of the animal images are now drawn by hand.”

Many of those were drawn by Lorrie LeJeune, a freelance artist with a degree in animal science. By 2000 she had already drawn animals for the covers of over 20 O’Reilly titles.  She researched the animal, regularly visiting animal exhibits at museums, according to the essay. “From start to finish, an O’Reilly animal requires anywhere from 8 to 20 hours of manual labor,” she said.

First, there’d be rough pen-and-ink sketches — in several poses, from which the designer chooses. The final image is done on a clay-coated piece of cardboard called scratchboard, in which lines are created by using a knife to carefully carve away a layer of ink. This technique creates a stark engraving-style image which is then converted into a high-resolution scan. “I am literally working backwards,” Lorrie says in the article. She always starts with the animal’s eyes.

In 2016 some of the animals got a book of their own when O’Reilly Media published “The O’Reilly Animals: An Adult Coloring Book,” which gave them a chance to acknowledge their long-standing tradition. “O’Reilly Media is unique among tech book publishers for its iconic animal covers,” explains the book’s online description, promising a high-quality comic book where “you can put your own spin on this group of classic prints… Relax, have some fun, and create your own animal menagerie — in color.” O’Reilly designer Karen Montgomery adapted 12 images from “the O’Reilly Animal image archive.”

But is there a larger significance to the work? Freedman’s “short history” suggests that she felt the impact of her decades of curating images of animals. Researching the animals with cover designer Karen Montgomery had made her aware of how many animals are critically endangered — including those delightful lorises on the cover of “sed & awk” the tarsier on “Learning the vi & Vim Editors,” and even the African elephant on “Hadoop: The Definitive Guide.” She wrote, “When most of the engravings were created in the 19th century, these animals were plentiful.”

And acknowledging the handy subdomain collecting all the animals at animals.oreilly.com, Freedman’s essay pointedly suggests a hope that it will inspire “smart, tech-savvy people like you to come up with new ways to save and protect the world’s wild animals.”

It seems like an especially satisfying legacy — and just one more piece of geek-minded goodwill that’s been hiding out in plain sight for all of these years. And if you scour the web long enough, you’ll eventually find some good life advice from 2011 from the creator of O’Reilly’s original animal book covers.

“My current advice to everyone is this: fall in love with your life,” Freedman writes. “Pursue the things that bring you joy. Let go of things that don’t. Know the difference.”

SHARE THIS STORY
RELATED STORIES
Java's James Gosling on Fame, Freedom, Failure Modes and Fun How Will Working in Tech Change in 2023? 2023 Will Be the Year FinOps Shifts Left Toward Engineering How We Manage Incident Response at Honeycomb Golden Paths Start with a Shift Left
TNS owner Insight Partners is an investor in: Noble.
SHARE THIS STORY
RELATED STORIES
Watch Out, Attackers Have Their Heads in Your Cloud! Why Your Code Sucks: Common Excuses for Bad Programming The Power and Ethical Dilemma of AI Image Generation Models Tech Works: How Can We Break Our Obsession with Meetings? How We Manage Incident Response at Honeycomb
THE NEW STACK UPDATE A newsletter digest of the week’s most important stories & analyses.
The New stack does not sell your information or share it with unaffiliated third parties. By continuing, you agree to our Terms of Use and Privacy Policy.