2019-11-26 08:56:30
The Surprising Truth About How Many Developers Contribute to Open Source
contributed,sponsored, 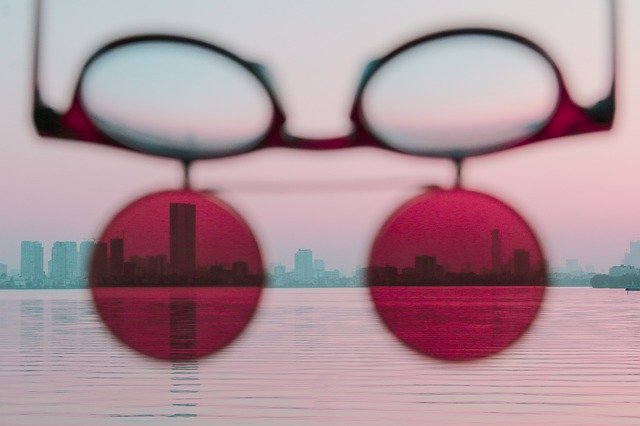 In June of 2019, Tidelift and The New Stack jointly fielded a survey of professional software developers. Almost 400 people responded with thoughts about how they use open source software today, what holds them back, and what tools and strategies would help them use it even more effectively. In particular, with this survey we were interested in learning how a managed open source strategy might help developers reclaim time, speed up development, and reduce risk.

In this post, we share the sixth of eight key findings. If you don’t wait to wait for the rest of the results, you can download the full survey report right now at the link below.

Finding #6: Most developers contribute to open source projects, and many would do even more if fairly compensated for their work. 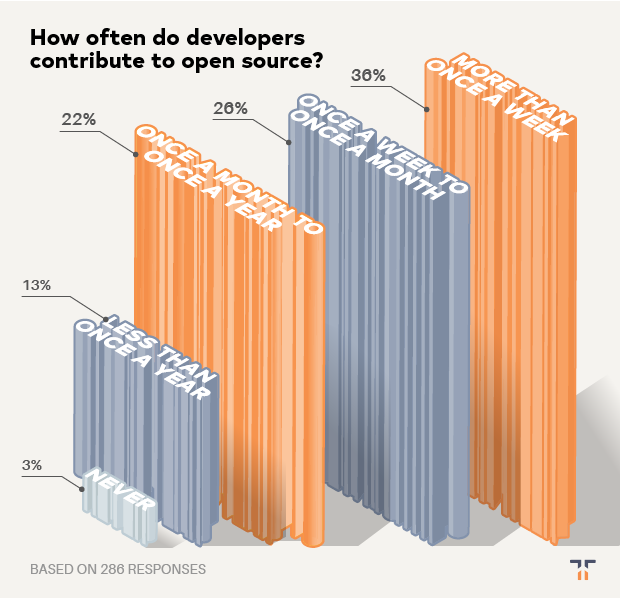 This high percentage is the result of sample bias — our initial qualifying question asked whether respondents use open source software to build applications at work, so all respondents are open source users already.

We still believe it is an interesting and useful finding just within the subset of developers who use open source to build applications at work. It shows that there isn’t a rigid line between users and creators of open source, but instead perhaps more of a continuum, where most developers are both creators and users, with some falling closer to one end or the other of the user-creator spectrum.

We next asked how much time they contribute to open source on a weekly basis. As you might expect, results vary widely. The average respondent spends over six hours a week contributing, although the majority spend less time than that. 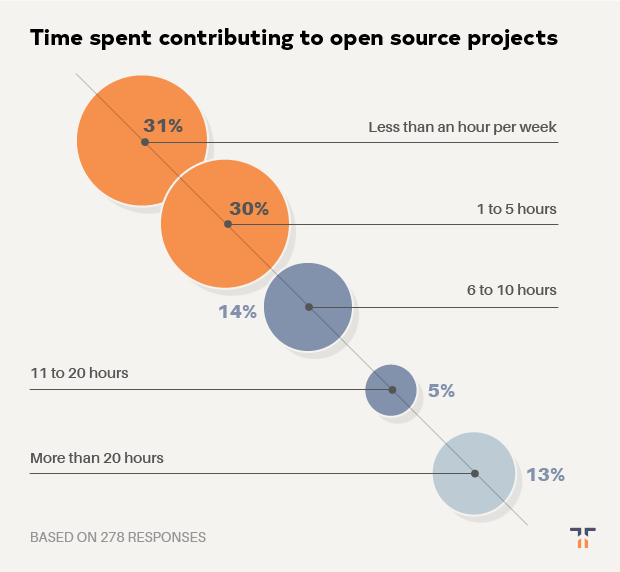 Several other questions delve into this subject for more detail. Four-fifths of respondents would spend more time contributing outside of their day job if they were fairly compensated for their work, with 25% estimating they would spend an additional 20 or more hours per week. Clearly there is an appetite among contributors to work more on open source if there was a better way for them to be compensated.

Tidelift makes open source work better — for everyone. Through the Tidelift Subscription and in direct partnership with maintainers, Tidelift is a single source for proactively managed open source components and professional assurances around those components.

This shows that developers who contribute to open source, without it being a significant part of their day job, might step up their open source work if the right incentives were in place. We estimate that the hours contributed per week to open source would increase by over 40% if respondents were fairly compensated for their non-job-related efforts.

What kind of conclusions can we draw from this data? Right now, many of the people writing and maintaining open source components are doing this work without being compensated. Yet an astounding 84% of developers using open source in their professional work consider themselves to be active open source contributors, at least to the level of more than one contribution a year — and fully one-third contribute code more than once a week. If there was a better, more consistent way to pay open source contributors for the work they do, would more of these developers become project creators and maintainers?

Do You Have Enough Cloud Security? Use CIS Controls to Assess Yourself
August 03, 2020

The Top 5 Considerations for Creating a Successful Cloud-Based Pipeline
August 02, 2020