The Sweetness of JAMstack: JavaScript, APIs and Markup 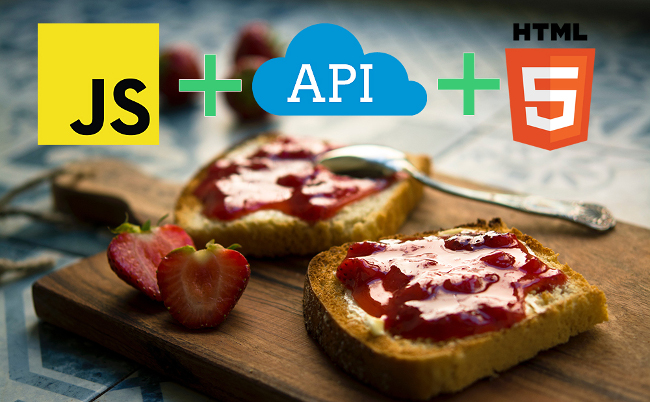 The JAMstack approach to web development has been emerging for several years, but really took off in 2017. More a design philosophy than an explicit framework, JAMstack takes the concept of static, database-free websites to the next level via an architecture advocates are calling “the future of the internet.”

Which only makes sense. Browsers themselves have essentially become mini operating systems capable of running complex client-side applications while interacting with myriad APIs. Meanwhile, with the help of with Node.js and npm, JavaScript has leaped the divide between front and back end for real-time, two-way communication between client and server. JAMstack is simply harnessing these factors in a logical and effective way.

(A word on static vs. dynamic site architecture: static in this context refers to how websites are built, powered and served, which in no way means that a static site lacks interactivity.)

The term itself was coined by Netlify co-founder Mathias Biilmann to refer to the solution stack of JavaScript, APIs, and markup. JAMstack focuses on the front end build, eschewing server-side functions as much as possible. The three elements are:

Once you’ve actually built that JAMstack-based opus, you, of course, want to place it at the very front edge of the internet event horizon. There are fantastic git-centric hosting services that allow continuous deployment — meaning that you can simply push your app, and any subsequent changes, to GitHub, and the service will automatically build the site from source and deploy it. This is essentially how GitHub Pages works. And, since JAMstack architecture also couples beautifully with high-availability, high-performance nature of content delivery network distribution, be sure to shop for a provider that gives good CDN.

I happen to be a huge fan of Netlify because it’s open source, supports pretty much every static site generator out there, and offers a wicked fast global CDN. And all for free, for small individual projects, with paid plans for enterprise users.

It is easy to forget about the sheer number of steps required to render a typical dynamic website and the complexity of the server-side operations required to present the final version in the user’s browser. A common example of how this works on the vast majority of the current web: you request a page. Your server queries a database, which uses an interpreter — combined with data from the page’s markup and plugins — to knit together and serve up a fresh new HTML document to your browser. For example, LAMPstack — the popular open source stack commonly used to build dynamic websites — includes Linux, Apache, MySQL/MongoDB, and PHP/Python/Perl. Under this setup, pages are reconstructed from a database on request; nearly all the work is done on the server side, and you have to wait for that work to be done.

First off, the absence of a database makes a static site incredibly secure.

JAMstack essentially subverts this entire paradigm. All the browser work is done upfront and offline: the browser markup is generated using SSGs, and then pushed to Git as a collection of pre-built pages. Instead of running on the server and generating content anew for each call, JAMstack pages run locally as part of the development process. Then, when a user requests content, the HTML — now a collection of easily-cached static files — is sent to the browser with no further processing required.

A core principle of the JAMstack development approach is that everything lives in a Git repository. EVERYTHING: all your site’s components, generator config files, CSS and JavaScript as well as content. Once pushed to GitHub, the entire website resides in one centralized location protected by robust version control — which opens the door for gloriously easy continuous deployment.

What JAMstack Can Do for You

The vast majority of sites on the net today total fewer than a dozen pages and do not require frequent updating. For these sites, the JAMstack approach has major advantages over the traditional dynamic application server model: it’s faster, cheaper, easier to build and maintain, and offers baked-in security.

What JAMstack Can’t Do for You (Yet)

All great stuff! That said, however, JAMstack is not the one stack to rule them all. There are all kinds of scenarios that are simply not suited to this approach, though the rapidly developing open source community around this model is busily addressing pretty much every one of these issues.

Things are evolving very quickly in the JAMstackiverse. The exploding popularity of static site architecture is giving rise to terrific new solutions and services, even for those who once upon a time would have automatically embraced the homey comforts of WordPress. For example:

The possibilities are expanding literally every day. As the ecosystem surrounding JAMstack web development proliferates, particularly among open source solution providers, there has never been a better time to try ditching the database and giving content delivery network-driven static development a try!

The New Stack is a wholly owned subsidiary of Insight Partners, an investor in the following companies mentioned in this article: Spike.