A reflection into the lives of three open source community leaders during the first three weeks of the Russian invasion.
Mar 23rd, 2022 12:49pm by Jennifer Riggins 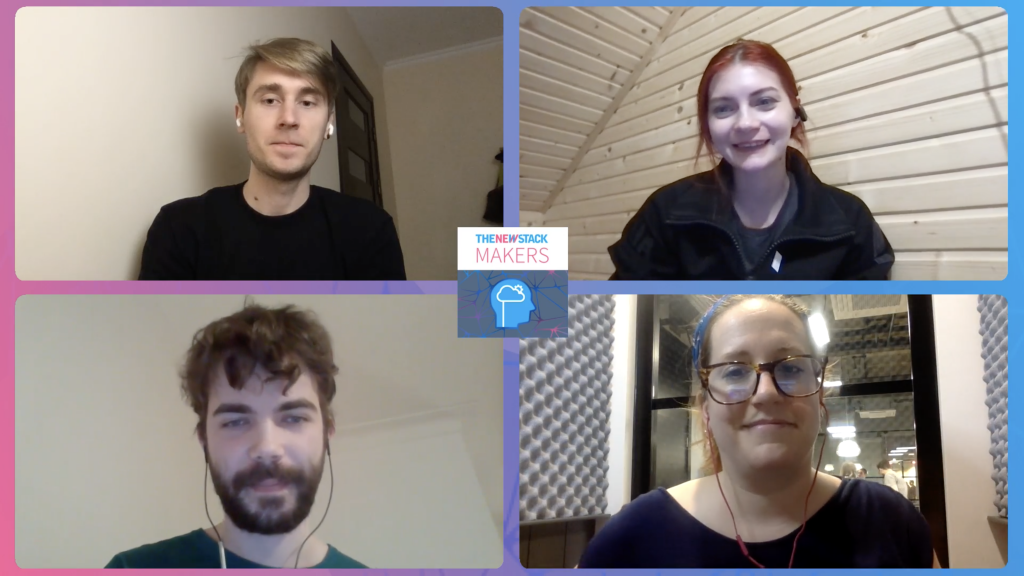 “Many Ukrainians continue working. A very good opportunity is to continue working with them, to buy Ukrainian software products, to engage with people who are working [via] UpWork. Help Ukrainians by giving them the ability to work, to do some paid work,” whether still in the country or as refugees abroad. If you take something from this conversation, Anastasiia Voitova‘s words may be the ones that should stick. After all, Ukraine has a renowned IT workforce, with IT outsourcing among its most important exports.

Voitova, the head of customer solutions and security software engineer at Cossack Labs, just grabbed her laptop and some essentials when she suddenly fled to the mountains last month to “a small village that doesn’t even have a name.” She doesn’t have much with her, but she has more work to do than ever — to meet her clients’ increasing demand for cybersecurity defenses and to support the Ukrainian defense effort. Earlier this month, her Ukraine-based team even released a new open source cryptographic framework for data protection, on time, amidst the war.

Voitova was joined in this episode of The New Stack Makers by Oleksii Holub, open source developer, software consultant and GitHub Star, and Denys Dovhan, frontend engineer at Wix. All three of them are globally known open source community contributors and maintainers. And all three had to suddenly relocate from Kyiv this February. This conversation is a reflection into the lives of these three open source community leaders during the first three weeks of the Russian invasion.

This conversation aims to help answer what the open source community and the tech community as a whole can do to support our Ukrainian colleagues and friends. Because open source is a community first and foremost.

“Open source for me is a very big part of my life. I don’t try to like gain anything out of it, I just code things. If I had a problem, I solve it, and I think to myself, why not share it with other people,” Holub said.

He sees open source as an opportunity for influence in this war, but also is acutely aware that his unpaid labor could be used to support the aggression against his country. That’s why he added terms of use to his open source projects that use of his code implicitly means you condemn the Russian invasion. This may be controversial in the strict open source licensing world, but the semantics of OSS seem less important to Holub right now.

Of course, when talking about open source, the world’s largest code repository GitHub comes up. Whether GitHub should block Russia is an ongoing OSS debate. On the one hand, many are concerned about further cutting off Russia — which has already restricted access to Facebook, Instagram, and Twitter — from external news and facts about the ongoing conflict. On the other hand, with the widespread adoption of OSS in Russia, it’s reasonable to assume swaths of open source code is directly supporting the invasion or at least supporting the Russian government through income, taxes, and some of the Kremlin’s technical stack.

For Dovhan, there’s a middle ground. His employer, website builder Wix, has blocked all payments in Russia, but has maintained its freemium offering there. “There is no possibility to pay for your premium website. But you still can make a free one, and that’s a possibility for Russians to express themselves, and this is a space for free speech, which is limited in Russia.” He proposes that GitHub similarly allows the creation of public repos in Russia, but that it blocks payments and private repos there.

Dovhan continued that “I believe [the] open source community is deeply connected and blocking access for Russian developers, might cause serious issues in infrastructure. A lot of projects are actually made by Russian developers, for example, PostCSS, NGINX, and PostHTML.”

These conversations will continue as this war changes the landscape of the tech world as we know it. One thing is for sure, Voitova, Dovhan and Holub have joined the hundreds of thousands of Ukrainian software developers in making a routine of work-war balance, doing everything they can, every waking hour of the day.

Resources mentioned during this episode:

This podcast was recorded after 6:30 p.m. Eastern European Time / 9:30 a.m. Pacific Time on Thursday, March 18, 2022. Circumstances are likely to have changed by the time you are reading or listening to this.

Jennifer Riggins is a culture side of tech storyteller, journalist, writer, and event and podcast host, helping to share the stories where culture and technology collide and to translate the impact of the tech we are building. She has been...
Read more from Jennifer Riggins
SHARE THIS STORY
RELATED STORIES
Linux Foundation Study Assesses 'Outsized' U.S. Influence on Open Source Gorilla Toolkit Open Source Project Becomes Abandonware Netlify Acquires Gatsby, Its Struggling Jamstack Competitor Google Roadmap: Flutter to Integrate with JavaScript, Wasm What It's Like to Run a Mastodon Server in the Musk Twitter Era
NGINX is a sponsor of The New Stack.
TNS owner Insight Partners is an investor in: The New Stack.
SHARE THIS STORY
RELATED STORIES
Why a Twitter Founding Engineer Is Now All-in on Mastodon New at Civo Navigate: Making Machine Learning Set up Faster What TypeScript Brings to Node.js Wellspring of Creativity: Why Public Domain Matters Anil Dash on Mastodon Joining Fastly’s Open Source Program
THE NEW STACK UPDATE A newsletter digest of the week’s most important stories & analyses.
The New stack does not sell your information or share it with unaffiliated third parties. By continuing, you agree to our Terms of Use and Privacy Policy.