Electrical engineers from Northwestern University and the University of Messina in Italy have developed a new kind of small-but-powerful memory device that uses innovative anti-ferromagnetic (AFM) materials, and which requires a record-low amount of electrical power to run.
Mar 6th, 2020 10:34am by Kimberley Mok 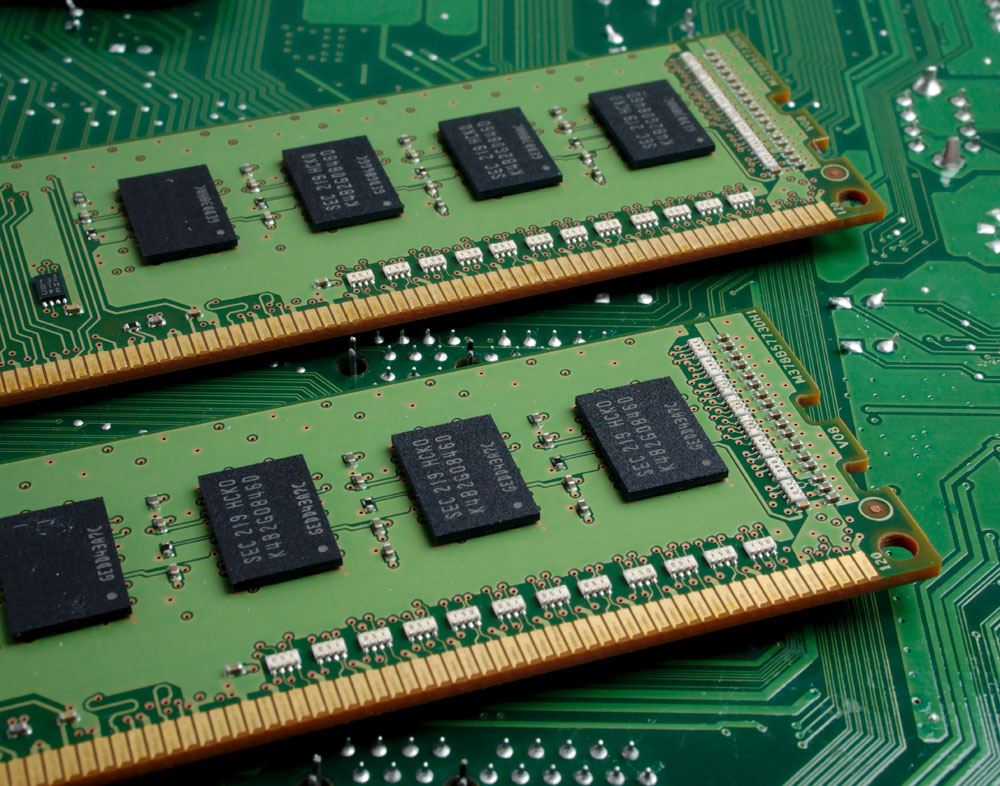 As big datasets get bigger, and the computational demands for complex artificial intelligence applications grow, the need for faster, more robust and energy-efficient methods of storing and processing all that data increases as well. In taking aim at this problem, electrical engineers from Northwestern University and the University of Messina in Italy have developed a new kind of small-but-powerful memory device that uses innovative anti-ferromagnetic (AFM) materials, and which requires a record-low amount of electrical power to run.

While it’s not the first time that experts have experimented with anti-ferromagnetic materials, the work is the first to develop a device of such a compact size, in addition to being the first to incorporate materials that make it compatible with conventional semiconductor manufacturing techniques.

The Search for ‘Universal Memory’

“Processing these large data sets — for example in artificial intelligence — requires large amounts of memory to store the data — for example in a GPU [graphics processing unit] chip,” explained Pedram Khalili, an associate professor of electrical and computer engineering at Northwestern who led the study.

“Importantly, one needs to put these data closer to the logic core of the chip, to get a faster and more energy-efficient memory access, and faster overall application. Therefore, there is a need for high-density, embedded cache (on-chip) memory. Today’s cache technology is static random access memory (SRAM), which is very inefficient in terms of area.”

Unlike conventional types of memory, no electrical current is needed to retain stored data in anti-ferromagnetic memory devices

Besides SRAM — which retains data as long as there is electrical power — other existing memory technologies include the less costly but energy-hungry dynamic random access memory (DRAM), which is often used on personal computers. While DRAM can store more data than SRAM and allows for higher bit densities, its capacitors must also be refreshed periodically. These disadvantages are some of the reasons why alternative memory technologies like anti-ferromagnetic materials are being explored, as their special properties could potentially mean creating a type of “universal memory” that combines the speed of SRAM, the affordability and bit density of DRAM and the non-volatility of flash memory, all of which can be readily packed in one dense area that would easily meet the computational challenges associated with processes large amounts of data. 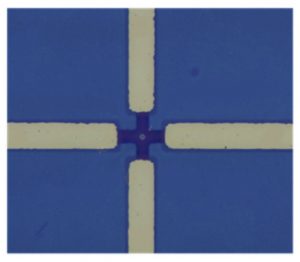 An optical image of the device structure with 4-micrometer pillar diameter.

“Magnetoresistive random-access memory (MRAM) is of great interest to the semiconductor industry because it may solve this ‘memory bottleneck’, given that an MRAM cell only has one transistor, resulting in higher bit density,” said Khalili.

In particular, anti-ferromagnetic materials are appealing because their electrons can act like magnets on the atomic level, thanks to a property called “spin” in quantum mechanics. But because these electron spins in anti-ferromagnetic materials are aligned in an alternating, anti-parallel pattern on the sub-atomic level, what results on the macro-level is that there is zero net magnetization overall. Unlike conventional types of memory, no electrical current is needed to retain stored data in anti-ferromagnetic memory devices, as it’s done by the alternating magnetically ordered spins. In addition, magnetic fields won’t affect AFM memory devices, meaning they are more secure compared to ferromagnetic memory devices (think of how a credit card can be wiped clean of data by passing a strong magnet over its magnetic stripe).

Experts have experimented with anti-ferromagnetic materials before, but previous studies reveal the difficulty of reliably controlling the underlying magnetic order. To tackle this issue, the team utilized 800-nanometer-tall pillars of platinum and manganese for the first time, while employing electrical currents to switch between magnetic states. 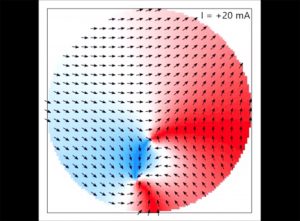 “Our work shows that electric currents can be used to reversibly switch an anti-ferromagnetic memory bit patterned on a heavy metal underlayer (composed of tantalum or platinum), and importantly, for the first time, it does so in a material (platinum-manganese) that is compatible with existing semiconductor manufacturing techniques,” said Khalili. “In addition, the work achieved the lowest electric current density for manipulating of anti-ferromagnetic order reported to date.  Finally, we also show that the device can operate as an analog (memristive) element, in addition to a bistable one, which means it could find applications in neuromorphic computing.”

The fact that the team’s device exhibits analog memory behavior — similar to how was an unexpected finding, and they believe this feature may potentially be useful in artificial neural networks for storing synaptic weights. The team is now working to develop a better and more efficient “readout” method for their anti-ferromagnetic memory device, in addition to scaling it down even further. 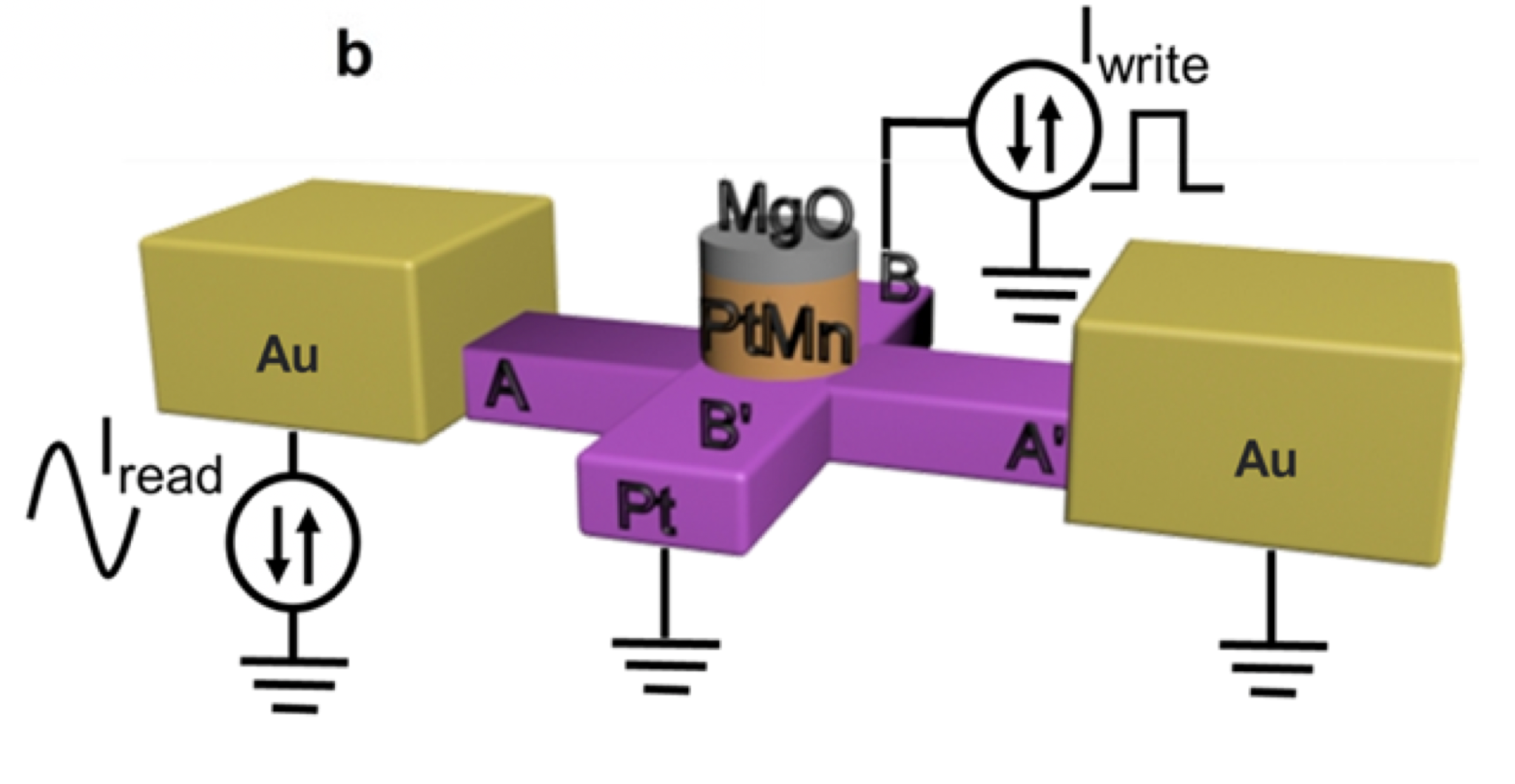 A sketch of the device including read/write signal sources

Read the paper over at Nature Electronics.