This Week in Numbers: Open Source Policies for Dependencies 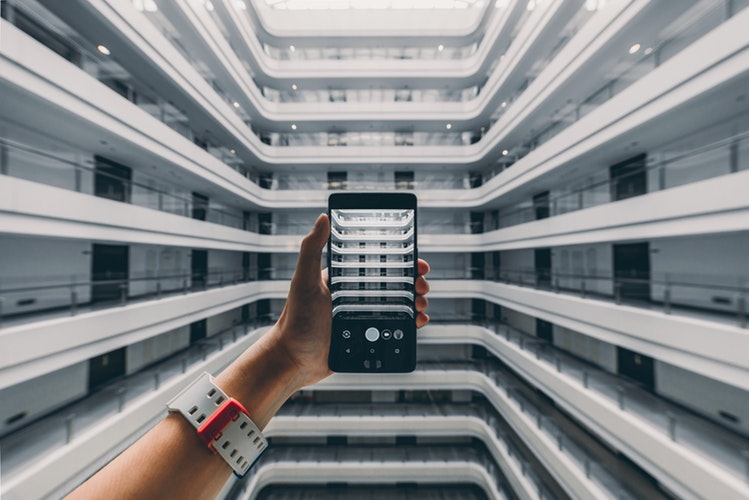 Have you ever read a survey report that claims that a certain percentage of companies use open source? We think those findings are almost always misleading. Practically every company in the world is using an open source component in their software stack.

Looking more closely at the GitHub data, we found that 44 percent these organizations encourage the use of open source applications, often because of its ability to save development time or money. Another 35 percent say it is “acceptable” to use open source if it is the most appropriate tool. There is very little difference between corporate policies towards using open source software as opposed to open source dependencies. In other words, Compliance and other departments are not differentiating between 100 percent open-source end products and proprietary tools that rely on libraries supported by the larger community.

As The New Stack continues to explore ways open source is promoted, we will make sure to focus at a granular level – microservices and smaller – to determine how successful these efforts are. 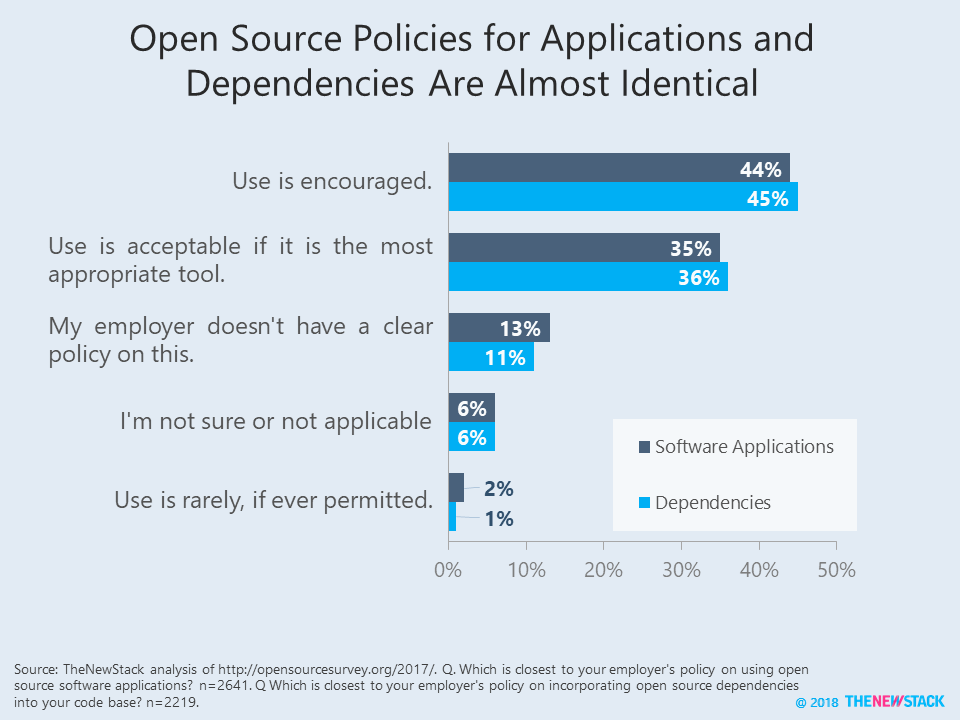 Lawrence has generated actionable insights and reports about enterprise IT B2B markets and technology policy issues for almost 25 years. He regularly works with clients to develop and analyze studies about open source ecosystems. In addition to his consulting work,...
Read more from Lawrence E Hecht
SHARE THIS STORY
RELATED STORIES
Case Study: How SeatGeek Adopted HashiCorp’s Nomad Chronosphere Nudges Observability Standards Toward Maturity The Dropbox GitHub Data Breach Are Monolith CI/CD Pipelines Killing Quality in Your Software? LaunchDarkly: Feature Management Is a Must-Have
SHARE THIS STORY
RELATED STORIES
Oxeye Finds Bad Spotify Backstage JavaScript Vulnerability The Dropbox GitHub Data Breach Software Startup Aims at Cluster Computing Barriers Jamstack Panel: Multiple JavaScript Frameworks Are a Good Thing Making It Easier to Build Apps with Time Series Data
THE NEW STACK UPDATE A newsletter digest of the week’s most important stories & analyses.
The New stack does not sell your information or share it with unaffiliated third parties. By continuing, you agree to our Terms of Use and Privacy Policy.