This Week in Programming: A Manifesto for Sustainable Open Source Development 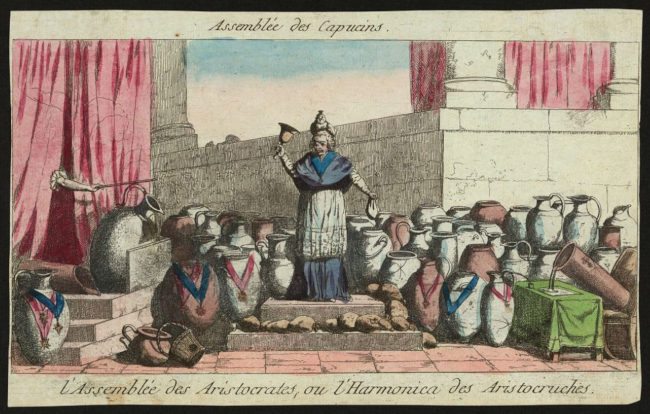 Feature image via the U.S. Library of Congress.
TNS Annual Reader Survey
We need your input! Take 5 minutes to chime in and help guide our coverage.
Begin the survey

There’s been much ado about open source funding, and corporations’ role in giving back where due, lately. This week, the topic is reignited in a manifesto-esque study of open source funding by open source freelancer André Staltz, who examined 58 projects on GitHub, Open Collective, and Patreon, to determine some loose numbers on how much money could be getting down to individual contributors of popular open source projects.

In a post titled Software Below the Poverty Line (you might guess where this is going), Staltz found that, despite two stand-out projects that were “clearly sustainable […] the majority (more than 80%) of projects that we usually consider sustainable are actually receiving income below industry standards or even below the poverty threshold.” Put simply, Staltz declares that “the total amount of money being put into open source is not enough for all the maintainers.”

Things I did not say in that article:

"The donation model is broken."

Nope, what's broken is corporate culture of using open source much more than giving to open source. Open source is all about gifting, not just money, but also PRs, docs, etc. I believe in the donation model.

While Staltz says that he did not say that the donation model is broken, Cloud Native Computing Foundation Chief Operating Officer and Chief Technology Officer Chris Aniszczyk also shared his thoughts on Twitter, mentioning a recent post of his own, which argues that there are some issues with the donation model turning open source contribution into a gig economy.

… just saw this data from patreon who has been at it longer than most… there's a super small portion of folks that may make it… let's not turn open source into a gig economy and demand more of companies instead pic.twitter.com/vTS3e94OPV

“There has been a trend lately to have open source communities/projects open an electronic tip jar for individuals (or organizations) to give back. While a tip jar can raise some funds, it’s truly not sustainable long term, as outside of it not being an effective way to raise funds for project development, it puts maintainers unfortunately in a gig style economy without health and retirement benefits,” writes Aniszczyk, noting that only a handful of individual maintainers are actually making money from donations, with most tending to abandon the approach over time.

Aniszczyk also writes that “some research shows that ‘about 50% of all open source software development has been paid work for many years now and that many small projects are fully paid for by companies,'” a point echoed by others in response to Staltz’s article.

1 major side of this is most of these maintainers are paid okay but by a corporation. Thus oss is dependent on exploitative revenue streams. I think open collective is a good idea but it doesn't sound sustainable to me at all. Open Source should be part of a co-op model I think.

This may be the case, but Staltz still sees an imbalance, writing that “millionaire and billionaire companies are making profits by combining open source libraries and components to build proprietary software,” and doubling down with the assertion that “the struggle of open source sustainability is the millennium-old struggle of humanity to free itself from slavery, colonization, and exploitation.”

Them’s some fightin’ words, huh? It gets better.

Staltz proposed a list of initial suggestions of concrete actions to take to help make open source become sustainable, and to “keep power and capitalist thirst accountable for abuse”:

Of course, not all are convinced.

To follow @mfeathers on this. I have gained more from the experience and exposure of my popular GitHub projects than any donation model would ever support. OSS opens doors and creates opportunity for its contributors rather than generating direct financial gain.

Debugging is an engineering superpower. Lots of folks can write code, relatively few can efficiently debug programs and systems. Become good at it and you become indispensable.

Common thinking: "I need to add code to justify my job".

Yet some devs remove more code than they add. 👍

lol'd for real at this one pic.twitter.com/nrKhw8rWmo

Mike is a freelance writer, editor, and all-around techie wordsmith. Mike has written for publications such as ReadWriteWeb, Venturebeat, and ProgrammableWeb. His first computer was a "portable" suitcase Compaq and he remembers 1200 baud quite clearly.
Read more from Mike Melanson
SHARE THIS STORY
RELATED STORIES
Chronosphere Nudges Observability Standards Toward Maturity Entrepreneurship for Engineers: Painkiller or Vitamin?  OpenTelemetry Properly Explained and Demoed LaunchDarkly: Feature Management Is a Must-Have Oxeye Finds Bad Spotify Backstage JavaScript Vulnerability
The Cloud Native Computing Foundation is a sponsor of The New Stack.
TNS owner Insight Partners is an investor in: Simply.
SHARE THIS STORY
RELATED STORIES
Are Monolith CI/CD Pipelines Killing Quality in Your Software? How Web Tech Got This Way and How It May Evolve in the Future How Do We Protect the Software Supply Chain? The Dropbox GitHub Data Breach OpenTelemetry Properly Explained and Demoed
THE NEW STACK UPDATE A newsletter digest of the week’s most important stories & analyses.
The New stack does not sell your information or share it with unaffiliated third parties. By continuing, you agree to our Terms of Use and Privacy Policy.