This Week in Programming: Abstraction, ORMs, and Fixing the Fixes 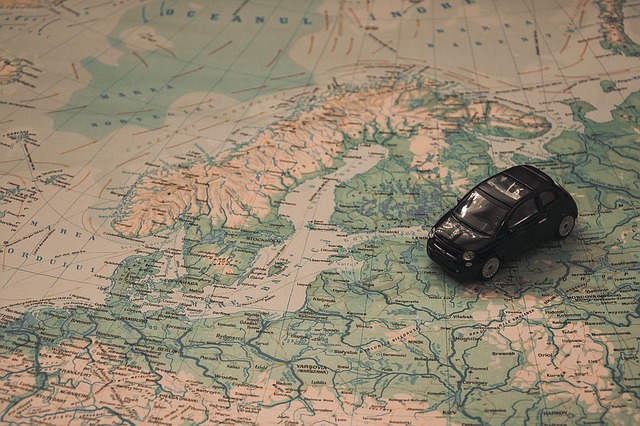 Abstraction can be a tricky thing — solve one problem just to arrive at another. I still remember the first time I used Dreamweaver (back then, it was Macromedia Dreamweaver) and I thought I’d sworn off using a straight text code editor ever again. I resized tables (that’s right, tables) and rows and cells left and right until everything looked just right. Suddenly, web design was a breeze! No more tedious tweaking by the numbers — and then manually uploading by FTP and refreshing — this did it, seemingly magically, and right in front of my very eyes!

And then I took a look at the code. Holy hell, it was UGLY. And let’s not even talk about the load times for these web pages — they were not only ugly but HUGE as well. With every mouse click and drag of a table border, the code generated was increased exponentially. At least, that’s how it appeared. I quickly returned to my text editor and didn’t look back.

Now, the likes of Dreamweaver and WYSIWYG editors aren’t really our topic at hand, but rather another type of abstraction (and the problems that can come with abstraction) that is likely much more commonly used these days — Object Relational Mapping frameworks or ORMs for short. This week, Adrian Coyler — who daily examines a different computer science paper — takes a look at a study that discusses how not to structure your database-backed web applications, which he calls “a fascinating study of the problems people get into when using ORMs to handle persistence concerns in their web applications.”

ORM could also stand for "Opaque Relational Mapper". Yang et al., investigate common ORM-related performance issues and a build a tool to help you find them in your own (Rails) applications. https://t.co/VIQBN5A677 Just a few lines of code changed can make a huge difference!

Before we go any further, here’s a quick little explanation of ORMs you can read through. The TLDR is this: ORMs handle your database queries, mapping out databases to objects for you to manipulate directly within your code. Basically, ORMs did what most frameworks do and made it easier to code by abstracting a complicated interaction into a uniform set of more easily accessible tools — in this case, replacing most of your complicated SQL queries with more familiar object manipulation.

In the study, the authors choose a dozen popular, well-known Ruby on Rails web applications, such as Lobster, Gitlab, OpenStreetMap, and Diaspora, and test their performance to “distil a catalogue of common performance anti-patterns.”

“There are a bunch of familiar things in the list, and a few that surprised me with the amount of difference they can make,” Coyler writes. “By fixing many of the issues that they find, Yang et al., are able to quantify how many lines of code it takes to address the issue, and what performance improvement the fix delivers.”

The authors find that the problems with these apps, which lead to increased server time and page load time, can be broken down to three basic areas: ORM API misuse, database design, and application design. In the end, “more than 78 percent of fixes require fewer than 5 lines of code” with server times “reduced from 3.57 seconds to 0.49 seconds, and the end-to-end page load times from 4.17 seconds to 0.69 seconds.”

For the full details, Coyler’s write-up of the paper is certainly worth the read, but you can also access the Hyperloop website, which “provides access to a tool you can use to identify and solve some of the common performance issues in your own (Rails) apps.”

There’s just something about the fact that one problem — the difficulties of dealing with database queries — led us to ORM frameworks as the solution, and then this solution led us to new problems, and a new tool to identify and fix that problem. Ahh, the great and wondrous cycle of abstraction.

Mike is a freelance writer, editor, and all-around techie wordsmith. Mike has written for publications such as ReadWriteWeb, Venturebeat, and ProgrammableWeb. His first computer was a "portable" suitcase Compaq and he remembers 1200 baud quite clearly.
Read more from Mike Melanson
Share this story
RELATED STORIES
The Unlikely Journey of GraphQL Developer Caveats for Database as a Service 4 Developer Takeaways from a Pyscript Demo Intel Invokes Linus Torvalds to Push Software Tools How to Bridge the Developer-Designer Gap
Share this story
RELATED STORIES
Google Engineer Outlines What’s Next for Angular Intel Invokes Linus Torvalds to Push Software Tools The Big Impact of Smalltalk: A 50th Anniversary Retrospective Software Testing Is Now Every Developer's Job How to Bridge the Developer-Designer Gap
THE NEW STACK UPDATE A newsletter digest of the week’s most important stories & analyses.
We don't sell or share your email. By continuing, you agree to our Terms of Use and Privacy Policy.