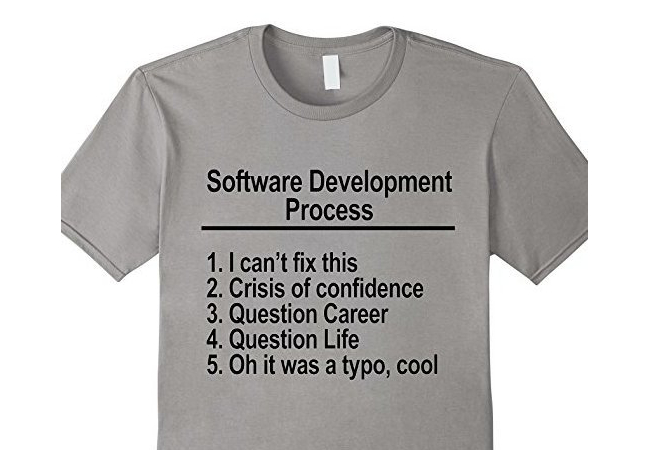 As early computer science pioneer Edsger W. Dijkstra is quoted as famously saying, “If debugging is the process of removing bugs, then programming must be the process of putting them in.”

One story this week really exemplifies the often delicate nature of programming and the difficulties faced when trying to create something that accounts for every possibility. Another fun quote that you’ve likely heard before, this one from computer science pioneer Alan Perlis, speaks to that: “There are two ways to write error-free programs; only the third one works.”

The tale is one of a man with the license plate “NO” who started receiving countless tickets from a parking lot company. As it turns out, when a vehicle illegally parked in one of their lots doesn’t have a license plate, the attendant simply writes “NO” on the form, meaning “no license plate.” Unfortunately, it’s a perfect string match with an unexpected outcome.

Of course, there are simple ways to handle this situation that would prevent this error, but it would require the prescience of needing to avoid it in the first place. In this case, it’s the singular exception for a system that might work flawlessly otherwise. But isn’t that always the case?

Meanwhile, on a similar yet not wholly related note, another tale made the rounds this week of a casino high-roller database stolen through a thermometer in the lobby fish tank. While this may not be a case of sanitizing inputs, it does seem to fall under the category of “accounting for all possibilities” — in this case, that anything and everything connected to a network needs to be secured, otherwise it’s a doorway in. I guess that’s just a reminder, as some of the first news we see this week comes in the form of some Internet of Things announcements. And with that…

Someone, please send me this t-shirt :P #Developers pic.twitter.com/yEUW1ePVpS

Managing a few Azure nodes is easy, managing observability for thousands is unique to Dynatrace
May 27, 2020

NetApp Private Storage Serves as a Near-Cloud Alternative for NetApp IT
May 27, 2020

Giraffe Visualization Library and InfluxDB
May 27, 2020

Need to Secure Cloud Native Applications? Take a Look at Airport Security
May 27, 2020

Best practices to keep your Kubernetes runners moving
May 26, 2020

You are what you Git: how your VCS branching model affects your delivery cadence
May 26, 2020

Deploy Any Resource With The New Kubernetes Provider for HashiCorp Terraform
May 26, 2020

Building a Health-Care-Provider Finder
May 26, 2020