This Week in Programming: How to Avoid Doomscrolling in the Time of COVID 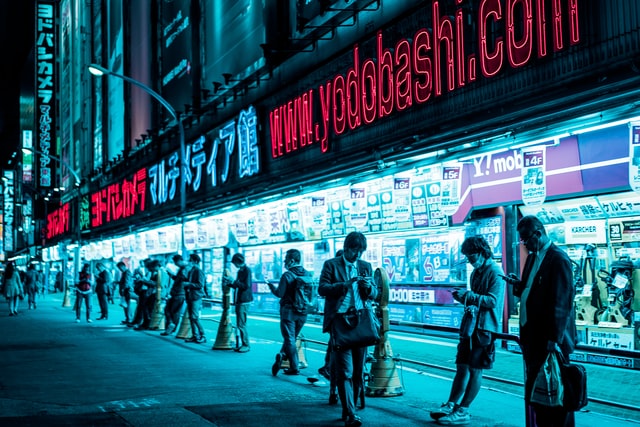 Or perhaps you’re trying to get some work done and you hit a snag, your focus wanes for a brief moment and during the in-between, suddenly, you’re reading some clickbait-y article about yet another way everything is going to hell in a handbasket and your task is suddenly fading into the doomscrolling void.

For me, the trap can be a quick loop of several sites — Facebook, Twitter, Reddit, a couple news aggregators — that I can get lost in for hours on end. While this may have always been an issue, it seems to me at least that it’s only become more exaggerated in this modern time of many of us working from home, with little to no in-person social outlets, and a news cycle that never ends and is so grim that even the Black Mirror creator has determined there’s no more room for his dystopian series.

Here, I offer you the limited efforts I’ve had to make in recent times to stay on task and not (at least too often) spiral down terrible rabbit holes of conspiracy, inane feats of illogic, and arguments to which there is no end. And worry not, I’m not here to tell you to do yoga, meditate, exercise, cut down on your caffeine consumption and all that jazz. Don’t get me wrong — you should do all those things — but rather, I have found a couple ground rules for interacting on the internet and some app settings can go a long way.

First things first, never read the comments and don’t argue with strangers on the internet. These are just two rules I’ve had to make for myself, as there is no setting or app that will address it. The internet, this great experiment in the democratization of information, has made it possible for anyone with access to it to have a voice, which can be found in the comment section of your local newspaper and under any post by a public official. Here you will find any and every voice, and though every voice may have a right to speak and be heard, you do not have to be the one to do the listening, especially if sanity and focus are among your preferred states of being.

Now that everyone one’s done arguing over politics with their families. Can we go back to arguing politics with strangers on Twitter?

Beyond even these most public of forums, the comment threads of even close friends on social media can hold deadly pitfalls for those looking to avoid the doomscroll. You might be tempted to jump in and back up your friend with what you see as facts and irrefutable logic against their obviously misguided friends and family, but resist the temptation and instead do literally anything else with your life. Heck, even go Google “arguing with strangers on the internet” to see the long list of articles written over the years about how futile and even harmful this activity is, so you can decide that staring absent-mindedly at the ceiling is a more worthwhile endeavor.

Okay, so that is where sheer willpower ends and settings and extensions to help you stay focused begin. For example, on your phone, there are likely timers you can apply to different apps, even individual websites within your mobile browser. This is the first place to start. And speaking of the phone, if you haven’t already, turn off notifications for pretty much everything — every social media and news app, specifically. There is no news so important you need to get a push notification about it, and if it is that important, don’t worry, you’ll hear about it soon enough.

Me: WTF. No. I just made two loaves on Friday. Not my fault you ate them already.

Me: You don’t even understand that joke.

My approach here is multi-tiered. As a matter of fact, think of it somewhat like a zero-trust security situation — there isn’t just one perimeter I need to pass in order to spend unlimited time doomscrolling. Rather, I have multiple layers of anti-doomscrolling in place. For example, on my Android phone, I have the “focus mode” setup for a typical nine-to-five day of work. This is easily paused and even turned off, but at least there’s a moment of choice. The icons to your favorite distracting apps are greyed out. There’s no “I was just going to look something up and twenty minutes later I’m still on Facebook and I don’t remember what I was doing.”

But even then, if you do pause it and end up on Facebook, it’s time for that next layer of security — the individual app and website timer. This makes it so that, even when you do allow yourself some social media or news time, you only have so much over the course of the day. The same goes for your laptop or desktop — employ whatever tools you have to give yourself that moment of questioning on whether you want to look at those sites. For me, this consists of the StayFocusd Chrome extension, which puts a timer on a list of sites of your choosing, and even allows you to choose a setting that will make it harder to disable or change these options when your willpower fades.

Now, are these settings bulletproof? No. As a matter of fact, they’re likely easily disabled, but that isn’t even the point. The point is to see a timer, counting down how much time you’ve spent on these sites and apps, that will at a certain point tell you “No, you can’t do that anymore.” The point is to have something that makes you second guess your choice to visit Facebook, Twitter, what have you, just one more time.

OH: Someone should write a Sudoku called “ku” that only runs as root, so you have invoke it as sudo ku

Feature image by bantersnaps on Unsplash

Mike is a freelance writer, editor, and all-around techie wordsmith. Mike has written for publications such as ReadWriteWeb, Venturebeat, and ProgrammableWeb. His first computer was a "portable" suitcase Compaq and he remembers 1200 baud quite clearly.
Read more from Mike Melanson
SHARE THIS STORY
RELATED STORIES
Why Your Code Sucks: Common Excuses for Bad Programming Entrepreneurship for Engineers: Avoiding Feature Bloat A Brief DevOps History: The Road to CI/CD SRE Housekeeping: Where to Get Started for New Hires How We Manage Incident Response at Honeycomb
TNS owner Insight Partners is an investor in: The New Stack.
SHARE THIS STORY
RELATED STORIES
How We Manage Incident Response at Honeycomb How to Get Started Filling 3.4 Million Cybersecurity Jobs Platform Engineering Won’t Kill the DevOps Star A Brief DevOps History: The Road to CI/CD How Will Working in Tech Change in 2023?
THE NEW STACK UPDATE A newsletter digest of the week’s most important stories & analyses.
The New stack does not sell your information or share it with unaffiliated third parties. By continuing, you agree to our Terms of Use and Privacy Policy.