This Week in Programming: Break up with Your Pandemic Resolutions

This Week in Programming gathers the most important development news for the cloud native computing community.
Apr 4th, 2020 6:00am by Mike Melanson 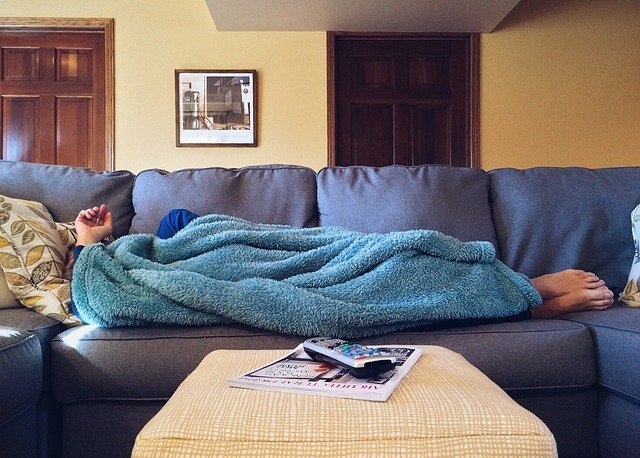 I know, I know. You were laid off from your job or sent to work from home and you immediately thought to yourself “with all this extra time, I’m going to get so much done!” What, with no commute and nobody to distract you by stopping by your desk to chat, you’ll be distraction-free! You signed up for that Python course you’d been dilly-dallying on, dusted off that personal side-project that has been sitting on the sidelines for years, busted out the yoga mat for that daily practice you always thought you just never had time for and got ready to get after it…

…and then nothing happened.

I don't know who needs to hear this, but you don't have to use this time to try to do everything you've always wanted to do ever and you're not a failure if you aren't using this as "extra credit" time.

It's a pandemic, not a productivity contest.

Personally, I’ve had brief periods of productivity and focus, but they have been more often the exception rather than the rule. Working on the internet from home can be a distracting endeavor in the best of times, and right now is not, to say the least, the best of times. With Twitter, Facebook, Reddit and whatever news source you prefer just a Control-T away, focus is a precious commodity at the moment and I come to you with little in the way of recommendations, other than that, again, we might just have to be okay with that fact.

I heard this from a co-worker: You are not "working from home", you are "at home during a crisis, trying to work". This is important to realize as even I'm struggling and have been working from home for years. 60% effort may be all you can muster.

All that’s to say, it’s alright if you drew up a list of self-improvements and you haven’t crossed off a single thing. You’ve broken up with more than one New Year’s resolution in your life, so there’s nothing unusual about giving yourself some leniency on the pandemic promises you made to yourself. And if nothing else, hey, at least GitHub went down this week, so you can use that as an excuse too.

So you want to roll your own application platform. All you need is:

Mike is a freelance writer, editor, and all-around techie wordsmith. Mike has written for publications such as ReadWriteWeb, Venturebeat, and ProgrammableWeb. His first computer was a "portable" suitcase Compaq and he remembers 1200 baud quite clearly.
Read more from Mike Melanson
SHARE THIS STORY
RELATED STORIES
Why Trust and Autonomy Matter for Cloud Optimization Crypto Winter Puts Dampener on Web3 Developer Growth Anil Dash on Mastodon Joining Fastly’s Open Source Program Improve the Quality of Your APIs with Spectral Linting How to Get Started Filling 3.4 Million Cybersecurity Jobs
TNS owner Insight Partners is an investor in: The New Stack, Docker, Hightower.
SHARE THIS STORY
RELATED STORIES
A Platform Team Product Manager Determines DevOps Success OpenSSF Aimed to Stem Open Source Security Problems in 2022 5 Security Principles to Guide Your DevSecOps Journey FAA Flight Cancellations: A Lesson in Application Resiliency Boost Customer Engagement with Real-Time Data
THE NEW STACK UPDATE A newsletter digest of the week’s most important stories & analyses.
The New stack does not sell your information or share it with unaffiliated third parties. By continuing, you agree to our Terms of Use and Privacy Policy.