This Week in Programming: Can Developers Help Save the World?

This Week in Programming captures the most timely news for the cloud native computing development community.
Feb 29th, 2020 6:00am by Mike Melanson 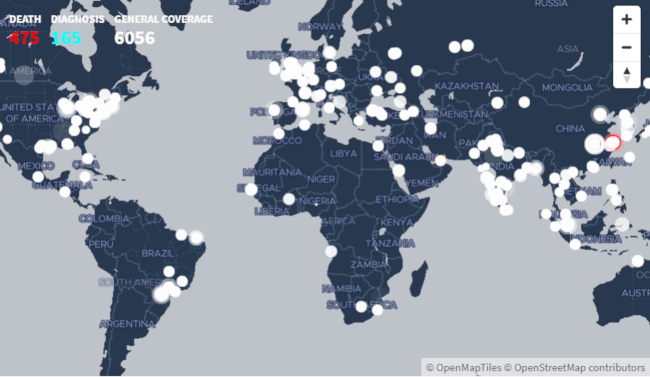 It’s been a week (or three) of some doomsday-esque headlines about all-time, record-breaking warm weather, the potential for a pandemic, and the resulting dive of the stock market that has me pleading to the technological gods above for some solutions. Really, though, that question is partly an “is it possible or not” with a dash of “could somebody go ahead and fix this already” and a sprinkle of “can we trust technology to help?” I realize, of course, that technological implementation can generally be a pretty mixed bag when it comes to good intentions, follow through, and end results.

Technology does as we bid it do, whether we realize our bidding or not.

Programming will never advance, so long as we continue to view programming, debugging, and execution as separate activities.

Python won via the REPL, but Excel is still king of accessible modeling.

At the same time, I do retain some glimmer of hope in my daily-decreasingly technologically solutionistic soul. I think we can, I think we can, I think we can. (To wit: my graduating thesis of early 2002 was titled “Hypertext: An Emancipation of Textuality,” in which I argued that the internet, metadata, and things like Wikipedia were going to enable a new age of information freedom, brightening those dark corners of society and freeing them with context and insight. Oh, how it contrasts with the modern lived experience of browsing Twitter and Facebook and trying to discern truth from troll.)

Well, IBM for one is ready to throw its weight behind the idea of saving the world through code, with its 2020 Call for Code Global Challenge, a five-year, $30 million global initiative to rally developers to “use their skills and mastery of the latest technologies, and to create new ones, to drive positive and long-lasting change across the world with their code.” This year’s Call for Code has set its sights on climate change, just as Jeff Bezos did earlier this month with his creation of the $10B “Bezos Earth Fund,” this time “challenging applicants to create innovations based on open source technologies to help halt and reverse the impact of climate change.” Last year, says IBM, more than 180,000 participants from 165 nations created more than 5,000 applications focused on natural disaster preparedness and relief.

With climate change now totally taken care of (sarcasm!), let’s move on to the pandemic — ProgrammableWeb has an interesting little article looking at the various APIs available to track Coronavirus COVID-19, which it notes “can’t help cure the disease but they can be used by developers to collect data about the outbreak, track its spread, and even produce data visualizations.”

As for the stock market, well, y’all are alone on that one. So what are you waiting for? Go save the world already.

I was thinking how much money I made as a professional developer by using a specific programming language. Here is my top ranking:

SQL is a programming language.

Mike is a freelance writer, editor, and all-around techie wordsmith. Mike has written for publications such as ReadWriteWeb, Venturebeat, and ProgrammableWeb. His first computer was a "portable" suitcase Compaq and he remembers 1200 baud quite clearly.
Read more from Mike Melanson
SHARE THIS STORY
RELATED STORIES
OpenSSF Aimed to Stem Open Source Security Problems in 2022 WebAssembly vs. JavaScript: Security, Speed, Flexibility Expedia: 3 Tips for More Effective Unit Testing Wasm for the Frontend: A Look at Developer Use Cases Trace-Based Testing for a Distributed World
Amazon Web Services and MongoDB are sponsors of The New Stack.
SHARE THIS STORY
RELATED STORIES
WebAssembly vs. JavaScript: Security, Speed, Flexibility Internal Developer Portals Can Do More than You Think End-to-End Test Troubleshooting AI21 Labs Bets on Accuracy, Develops Approach for Factual AI Pinterest: Turbocharge Android Video with These Simple Steps
THE NEW STACK UPDATE A newsletter digest of the week’s most important stories & analyses.
The New stack does not sell your information or share it with unaffiliated third parties. By continuing, you agree to our Terms of Use and Privacy Policy.