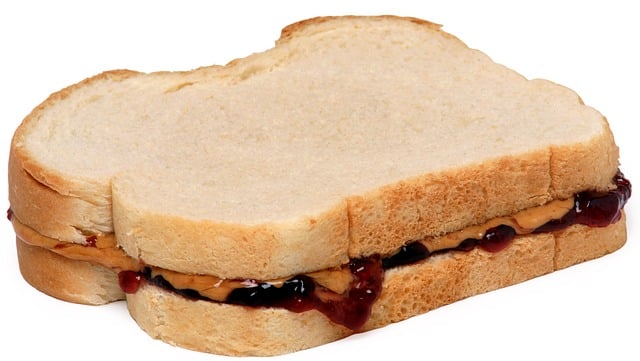 It’s already been thoroughly nitpicked over the years, but apparently we’re all fighting about how to pronounce “GIF” again on Twitter. It’s only been, what, 32 years now?

May I please draw your attention to my definitive article on the matter (it has real live corpus data!)https://t.co/Is44k5hDvT pic.twitter.com/03DhjZuRwF

While Internet linguist Gretchen McCulloch says that she has written the “definitive article” on the matter, which basically says it could go either way, I personally find the argument of web designer Aaron Bazinet, who managed to secure the domain howtoreallypronouncegif.com, rather convincing in its simplicity: “It’s the most natural, logical way to pronounce it. That’s why when everyone comes across the word for the first time, they use a hard G.” Bazinet relates the origin of the debate as such:

“The creator of the GIF image format, Steve Wilhite of CompuServe, when deciding on the pronunciation, said he deliberately chose to echo the American peanut butter brand, Jif, and CompuServe employees would often say ‘Choosy developers choose GIF(jif)’, playing off of Jif’s television commercials. If you hear anyone pronounce GIF with a soft G, it’s because they know something of this history.”

McCulloch, however, points out that this sort of variation exists across many parts of language and should be embraced, not weaponized.

"But Gretchen, how will I weaponize a trivial and harmless consonant difference to make other people feel bad and self-conscious about themselves?"

Language variation is okay! It's fascinating! It doesn't need to be a tool to put people down!

The point is, there are lots of other words that now exist in this world that have spellings that simply don’t translate to an expected pronunciation.

Linkerd. Containerd. SQL. These are just a few examples.

Sometimes, I wonder if this is the tech world’s way of sussing out who’s in the know and who’s a n00b — that weaponizing that McCulloch mentioned — by choosing pronunciations that would obviously go against the grain. It’s like Houston St. (for the New Yorker in the know, that’s “how-stin” not the Texas “hyu-stuhn”) or Couch St. (dear Portland…”cooch”? really?) or Manor Rd. (Austin likes “may-ner” here).

If it’s pronounced “container-dee” and “linker-dee” why’s there no visual clue? Why no capital D, at least? And why pronounce it “sequel” for “SQL”?

Because it’s the secret password to get into the cool kids clubhouse… or, rather the result of entering this new era with primarily text-based communication where pronunciation comes second to a word’s creation. In the past, spoken language came first and was then later codified into letters and spelling, but now the tables have been turned and we find ourselves spending decades debating whether it’s “gif” or “jif” because the guy who invented the standard happens to want to pronounce this word a certain way.

Maybe the real solution is to just live our lives forever in Slack and forget about that whole “talking” thing — it’s just a legacy app anyways.

Welp… Just got trolled by Google, and my dumb ass STILL clicked on the correction link like it was going to give me a different set of results. 🤦🏾‍♂️ pic.twitter.com/qvKgtdQBtI

Mike is a freelance writer, editor, and all-around techie wordsmith. Mike has written for publications such as ReadWriteWeb, Venturebeat, and ProgrammableWeb. His first computer was a "portable" suitcase Compaq and he remembers 1200 baud quite clearly.
Read more from Mike Melanson
SHARE THIS STORY
RELATED STORIES
SRE Housekeeping: Where to Get Started for New Hires Java's James Gosling on Fame, Freedom, Failure Modes and Fun Entrepreneurship for Engineers: Avoiding Feature Bloat How Jit Builds a Platform Engineering Mindset in the Cloud The Power and Ethical Dilemma of AI Image Generation Models
SHARE THIS STORY
RELATED STORIES
Why Your Code Sucks: Common Excuses for Bad Programming Entrepreneurship for Engineers: Building for Customers’ Love CES 2023: Robots, Astronauts, Schwarzenegger and Flying Cars How We Manage Incident Response at Honeycomb The Power and Ethical Dilemma of AI Image Generation Models
THE NEW STACK UPDATE A newsletter digest of the week’s most important stories & analyses.
The New stack does not sell your information or share it with unaffiliated third parties. By continuing, you agree to our Terms of Use and Privacy Policy.