This Week in Programming: Clearing up any Confusion around Kubernetes Operators

This Week in Programming assembles the hotest development news in the cloud native computing community.
Jul 25th, 2020 6:00am by Mike Melanson 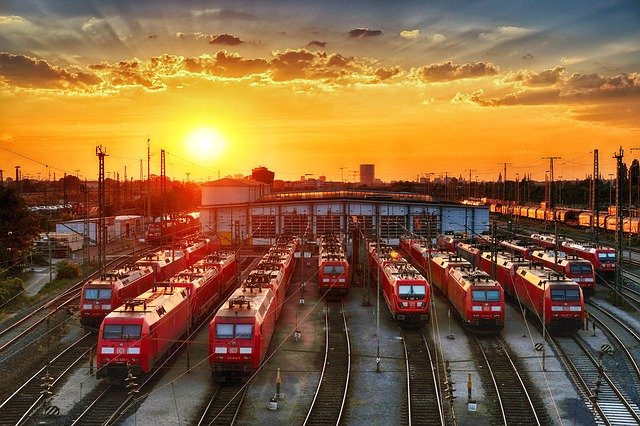 Earlier this month, Red Hat’s Operator Framework, which consists of the Operator SDK and Operator Lifecycle Manager (OLM), became an incubating project in the Cloud Native Computing Foundation (CNCF). While you can find plenty of examples of CNCF members discussing how the foundation accepts competing projects and is not in the “kingmaking” business, joining the CNCF certainly highlights projects and gives them a bit of a PR boost. For some, it may even give the impression that these projects are the ones to choose, as the vetting process they go through as part of joining the foundation ensures they meet certain standards regarding governance, adoption, security, and so on.

All that said, there’s certainly still plenty of room for disagreement, and this week Rancher Chief Technology Officer Darren Shepherd took to Twitter to express his particular disagreement, or “strong negative reaction” if you will, to Operator Framework’s dominance in discussions around operators. (Rancher, which itself offers a Kubernetes distribution, is about to be acquired by SUSE).

Before we get to that, we need some basic definitions. Operators are “software extensions to Kubernetes that make use of custom resources to manage applications and their components,” according to Kubernetes documentation, and this right here is a key point of Shepherd’s distaste for the Operator Framework project.

Operators as a concept is great. It helps people understand the value of a group of k8s controllers. Operator Framework though is a specific implementation that is very closely related to Red Hat and OpenShift and has really confused the hell out of everyone. 2/9

“When customers understand the value of operators the concept they immediately think they need operator framework,” he further writes, pointing to the fact that even the “discussion of ‘operator vs helm chart’ [shows] just how confused everyone is.” On this point, even the Red Hat folks we spoke with earlier this month stressed the difference between Helm Charts and operators, offering perhaps another example of the confusion in this realm.

Going beyond the conflation of the idea of the operator with the usage of the Operator Framework, which he rightfully points out as completely unnecessary in the building of a Kubernetes operator, Shepherd takes further issue with the fact that, having been a Red Hat dominated project, the Operator Framework “obviously align with how Red Hat distributes software.” Not that this is a problem, he says, “but the irritating thing is the concept of operators is getting so closely tied to a Red Hat thing that just doesn’t need to be.”

Shepherd is not alone in his sentiment and others point out a variety of tools, including the soon-to-be CNCF sandbox project KUDO and Kubebuilder, upon which Operator Framework is built, among others.

I DON’T CARE WHAT YOU BUILT FOR FUN AND PROFIT

FUN IS FOR CHILDREN

I’m working on a systems project rn and when I want to freak out the people I’m sprinting with I show them my 666 tattoo and gets them pretty upset. pic.twitter.com/EFJqrgKXRw

The Cloud Native Computing Foundation, GitLab, and Red Hat are sponsors of The New Stack.

Mike is a freelance writer, editor, and all-around techie wordsmith. Mike has written for publications such as ReadWriteWeb, Venturebeat, and ProgrammableWeb. His first computer was a "portable" suitcase Compaq and he remembers 1200 baud quite clearly.
Read more from Mike Melanson
SHARE THIS STORY
RELATED STORIES
Wasm for the Frontend: A Look at Developer Use Cases Rethinking Java @Scheduled Tasks in Kubernetes Swarm, a User-Friendly Alternative to Kubernetes A Look at Kubernetes Deployment Why Your Kubernetes Ship Is Sunk without Machine Learning
TNS owner Insight Partners is an investor in: The New Stack, Docker.
SHARE THIS STORY
RELATED STORIES
Kubernetes 101: Deploy Portainer to a MicroK8s Cluster 4 Ways to Use Kernel Security Features for Process Monitoring Rethinking Java @Scheduled Tasks in Kubernetes What Is the Docker .env File and How Do You Use It? Kubernetes for Windows
THE NEW STACK UPDATE A newsletter digest of the week’s most important stories & analyses.
The New stack does not sell your information or share it with unaffiliated third parties. By continuing, you agree to our Terms of Use and Privacy Policy.