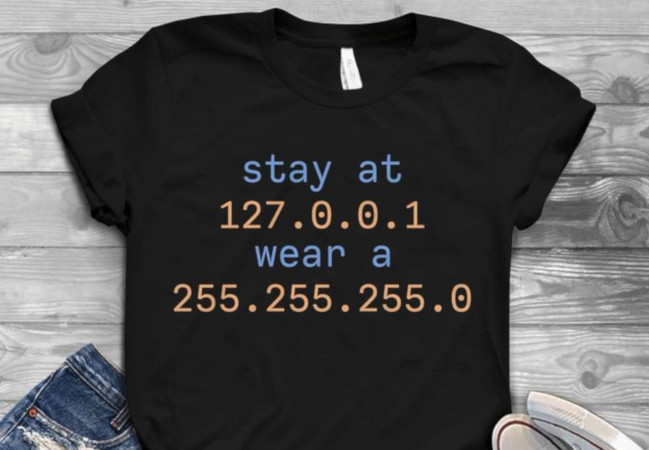 One of the great things about open source software is that anyone, with a little bit of education and some amount of desire to do so, can be a contributor. So obviously, the right thing to do would be to give those would-be contributors a little push, perhaps in the form of a prize of some sort, to get them over that initial threshold, right?

That has been the basic idea behind DigitalOcean’s Hacktoberfest, where developers are urged to make four pull requests to any open source project during the month of October to receive a prize. While the event has been going on for seven years, this year’s event has already caused quite a stir (and it’s only been a day since it started) with open source project maintainers complaining that, rather than helping, DigitalOcean’s Hacktoberfest is hurting open source.

Ugh, oh no, October is starting. Prepare for a month of spam pull requests… whatwg/html has already been hit hard, at 5 in the last 3 hours.@hacktoberfest, please please stop this annual tradition of wasting maintainers’ time. You are a net negative for the world.

The blog post, penned by developer and open source maintainer of the whatwg/html repository Domenic Denicola, goes on to accuse Hacktober fest of being “a corporate-sponsored distributed denial of service attack against the open source maintainer community,” as he cites nearly a dozen spam pull requests in the first hours of the event.

“My most fervent hope is that DigitalOcean will see the harm they are doing to the open source community, and put an end to Hacktoberfest. I hope they can do it as soon as possible, before October becomes another low point in the hell-year that is 2020,” writes Denicola. “In 2021, they could consider relaunching it as an opt-in project, where maintainers consent on a per-repository basis to deal with such t-shirt–incentivized contributors.”

Meanwhile, blogger Joel Thoms further points to a YouTuber as the cause of this year’s severe uptick in spam, noting that “this flood of low-quality PR spam appears to come from a YouTuber with an audience of 672K where he demonstrates how easy it is to make a Pull Request to a repo,” with the video-demonstrated pull request of calling a project an “amazing project” is now showing up in 21,177 issues.

DigitalOcean has responded to the brouhaha around Hacktoberfest, admitting that “at least 4% of pull requests from Hacktoberfest participants have been marked ‘invalid’ or ‘spam.'” In response, the company has issued a number of changes for this year’s event, allowing projects to opt-out of the event and promising to ban users from participating in this and other DigitalOcean events if they’re found to be spamming projects with fraudulent pull requests, and promises changes for future events as well. To the maintainers affected, the company writes “We’re sorry that these unintended consequences of Hacktoberfest have made more work for many of you. We know there is more work to do, which is why we ask that you please join us for a community roundtable discussion where we promise to listen and take actions based on your ideas.”

As for things you can do right now, GitHub has also joined in on finding a solution, enabling projects to limit interactions for a time.

Need to take a break, or limit which people can send a pull request to your repo?

You can now limit interactions for a period of time. Find it in your project settings › moderation settings › interaction limits. pic.twitter.com/ZCvQqBczVY

Engineer: “I can write that code.”

Senior Engineer: “Should we write that code?”

Staff Engineer: “We should delete that code.”

Principal Engineer: “Delete all the code.”

Ya gotta come to terms with the fact that you’ll never know “enough” in the #programming industry. It’s an endless horizon.

Mike is a freelance writer, editor, and all-around techie wordsmith. Mike has written for publications such as ReadWriteWeb, Venturebeat, and ProgrammableWeb. His first computer was a "portable" suitcase Compaq and he remembers 1200 baud quite clearly.
Read more from Mike Melanson
SHARE THIS STORY
RELATED STORIES
Streamline Event Management with Kafka and tmctl How Bad Are System Failures and Security Incidents? Internal Developer Platforms Are for DevOps too Is the Answer to Your Data Science Needs Inside Your IT Team?  OpenAI, ChatGPT and the Next Age of 'Build'
TNS owner Insight Partners is an investor in: The New Stack.
SHARE THIS STORY
RELATED STORIES
Platform Engineering Is Not about Building Fancy UIs Why Your Kubernetes Ship Is Sunk without Machine Learning How Platform Engineering Can Improve DevOps Collaboration Platform Engineering in 2023: Doing More with Less Internal Developer Platforms Are for DevOps too
THE NEW STACK UPDATE A newsletter digest of the week’s most important stories & analyses.
The New stack does not sell your information or share it with unaffiliated third parties. By continuing, you agree to our Terms of Use and Privacy Policy.