This Week in Programming: Everybody Gets a Repo 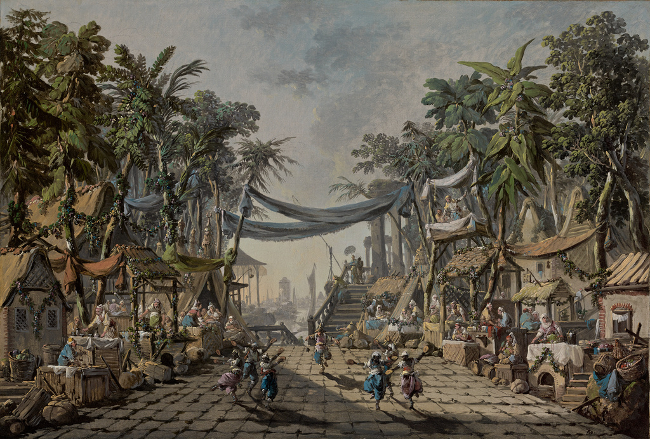 2018 saw its fair share of developments for the world of open source software and it’s looking like that trend will continue into 2019. This week, for example, saw two big open source stories that may not directly relate to each other, but have in common one central theme — money and the effect that the deep pockets of enterprises like Microsoft and Amazon can have on the good intentions of things like open source.

First up, we saw the announcement about how a new year was bringing a new GitHub with unlimited free private repositories, a rather welcome development for GitHub users, to be sure.

“For the first time, developers can use GitHub for their private projects with up to three collaborators per repository for free,” the company wrote in its announcement. “Many developers want to use private repos to apply for a job, work on a side project, or try something out in private before releasing it publicly. Starting today, those scenarios, and many more, are possible on GitHub at no cost.”

Of course, this comes some months after Microsoft’s acquisition of the popular web-based GitHub versioning tool, and its competitors were quick to note that they were here, offering private repositories, long before GitHub found itself flush with cash and no longer relying on membership fees of small users. Bitbucket offered the headline “GitHub joins Bitbucket in offering free private repos” noting that the announcement is “great news for their users and developers in general” and saying that it is “about time,” and of course mentioning that their own offering is for up to five users. GitLab took a similar approach, remarking that “increased competition from us (GitLab) contributed to this change” and offering a comparison of “our current GitLab free private repository offering vs GitHub’s.” Suffice to say, GitLab shows itself as offering more in terms of free private repositories, including unlimited collaborators and 10GB to GitHub’s 1GB.

Yer it’s terrible that Microsoft has bought Github ain’t it. And now, they make it free! I don’t know how you can sleep at night!!

Coverage of the announcement has been largely positive, with TechCrunch calling the move “a sign of goodwill on behalf of Microsoft” and ProgrammableWeb writing that “today’s news has to be seen as a good sign.”  Of course, Techcrunch also remarks on the one point that I can’t help but focus on – “GitHub’s model for monetizing the service is a bit different from Microsoft’s. Microsoft doesn’t need to try to get money from small teams — that’s not where the bulk of its revenue comes from. Instead, the company is mostly interested in getting large enterprises to use the service.”  Where you might see good will, I see mostly a company now backed by deep pockets that can make the competitive moves it simply wasn’t able to before. Of course, the two are not mutually exclusive.

A Buffer plugin for GitHub that would schedule your commits for certain times of the day so it looks like you're still online and working.

That’s just half of the story this week, however.

The other big open source news came as a continuation of a topic we wrote about just last month, which addresses the idea of open source business models and attempts by smaller companies, such as MongoDB, to protect themselves by writing new licenses that further restrict the use of the open source software upon which they are based. Well, that topic came to a head this week as Amazon unveiled its new database offering, DocumentDB, which is directly compatible with the Apache 2.0 open source MongoDB 3.6 API.

Now, this particular debate is one that is quite contentious in the open source community and one we don’t have the full time to dive into today, but there are a few articles that do it justice and will serve quite nicely to keep you up to date.

First off, we have an article by “armchair economist, free software agitprop and all-around rabble-rouser” John Mark Walker, entitled “Open Source Business Models Considered Harmful,” that argues that “there are a variety of ways to capitalize on open source software in a commercial setting, but there is no separate open source business model, and to pursue such is to possibly limit your future success.” Written just days before the Amazon announcement, it focuses on these recent developments and even takes Mongo to task for “attempting to capture users of its software by mandating that anyone creating Mongo-as-a-Service must release all code under the “Server Side Public License” (SSPL).”

Next up, TechCrunch’s Frederic Lardinois writes that AWS gives open source the middle finger with its “hosted drop-in replacement for MongoDB that doesn’t use any MongoDB code.” According to the piece, which takes a decidedly anti-AWS slant, “it’s also no secret that AWS has long been accused of taking the best open-source projects and re-using and re-branding them without always giving back to those communities. The wrinkle here is that MongoDB was one of the first companies that aimed to put a stop to this by re-licensing its open-source tools under a new license that explicitly stated that companies that wanted to do this had to buy a commercial license.” Read on for “feisty” comments on the situation from MongoDB that point out how MongoDB 3.6 is old and missing many new features and how “developers are technically savvy enough to distinguish between the real thing and a poor imitation.” One commenter, among others, offers a disagreement, saying that “startups choose MongoDB with great reservations, because while the APIs are great if they’re ultimately successful, they’ll have to do a painful migration before the scalability problems hit.”

Finally, Matt Asay, once-upon-a-time vice president of community at MongoDB, takes up the issue from the opposite direction, noting that MongoDB may not be the open source underdog they portray themselves to be — and in fact not really open source at all, anymore.

Someone asked me today if MongoDB is still open source. I thought he was joking but since October 16, 2018, MongoDB is no longer open source. It's SSPL-licensed, which is not an OSI-approved license. It's open-ish, but not open source. This genuinely makes me sad

One quote from Asay to wrap this whole thing up before we look at the few other developments that have happened in the world of programming this week: “AWS is simply better at operationalizing code that many of the commercial developers of open source projects. Those companies want an exclusive right to monetize open source (which, ironically, is not very open), but their customers just want to be able to run the open source code at scale to solve real business problems, spending less time futzing with patches, upgrades, etc.”

Worth keeping in mind. MongoDB is currently a proprietary database company threatening its community for daring to use its API. Smells like Oracle, no? https://t.co/fzveJyTC59

Hello, I would like to hear a Haskell joke. pic.twitter.com/T653CYrUYU

Mike is a freelance writer, editor, and all-around techie wordsmith. Mike has written for publications such as ReadWriteWeb, Venturebeat, and ProgrammableWeb. His first computer was a "portable" suitcase Compaq and he remembers 1200 baud quite clearly.
Read more from Mike Melanson
Share this story
RELATED STORIES
Terraform vs. CloudFormation: Which Is Better for You? 6 Pull Request Tricks You Should Adopt Now: DoorDash Why Developers Need a Management Plane Managing Secrets in Your DevOps Pipeline  How Platform Engineering Helps Manage Innovation Responsibly
Share this story
RELATED STORIES
Seven Years Later, Travis CI Is Still Insecure How to Find and Solve Engineering Bottlenecks Chef Extends Security and Compliance Across Hybrid Cloud The Chickens Have Flown the Coop: Change Management Is Back! Kubernetes Just Has to Get Easier for Developers
THE NEW STACK UPDATE A newsletter digest of the week’s most important stories & analyses.
We don't sell or share your email. By continuing, you agree to our Terms of Use and Privacy Policy.