This Week in Programming: Feed the Good Wolf 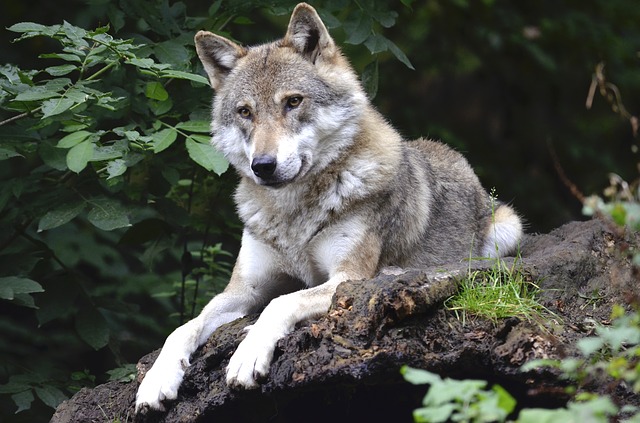 Listen, it’s just unavoidable, okay? We humans really get into our round numbers and units of measurement and here we are at the end of one unit and the beginning of another. It’s that time when we resolve that this particular unit of measurement will hold untold possibilities that somehow failed to materialize during that pesky last unit of measurement and surely we will become the best, most efficient and lean version of ourselves yet. Though many of us, of course, still approach that thought with just a touch of pessimism.

So here we are, like the rest of everyone out there, ready to talk about the year past and the year ahead. My favorite particular article on the topic this year (or last, as it were) comes from React developer Dan Abramov, who doesn’t offer resolutions on all the ways he will better himself in the year to come, but instead lays bare all of the things he didn’t know as of 2018.

“People often assume that I know far more than I actually do,” he writes, explaining that “there is often an unrealistic expectation that an experienced engineer knows every technology in their field. Have you seen a ‘learning roadmap’ that consists of a hundred libraries and tools? It’s useful — but intimidating.”

Abramov goes on to admit everything from knowing just the bare minimum Unix and bash commands, while relying on searching for everything else, to the hottest new technologies such as serverless or containers, saying he has “no idea about how to use Docker or Kubernetes. (Are those related?)”

The particulars, of course, aren’t really the point… but they can offer some comfort. Rather, Abramov points to the fact that “no matter how experienced you get, you may still find yourself switching between feeling capable, inadequate (‘Impostor syndrome‘), and overconfident (‘Dunning–Kruger effect‘).” In the end, however, Abramov says that he intends the post to show that “even your favorite developers may not know many things that you know” and that regardless of your experience, your confidence may vary, and that despite knowledge gaps, you still have value.

A few days later, Abramov returned to offer a follow-up blog post on the topic discussing what he knows and how he learned it. The post had one blurb, included below, that seemed like something to keep in mind in case you’re in the mindset of resolution:

“There are plenty of ‘learning roadmaps’ about technologies and libraries. Which library is going to be in vogue in 2019? What about 2020? Should you learn Vue or React? Angular? What about Redux or Rx? Do you need to learn Apollo? REST or GraphQL? It’s easy to get lost. What if the author is wrong? […] My biggest learning breakthroughs weren’t about a particular technology. Rather, I learned the most when I struggled to solve a particular UI problem. […] It’s this combination of understanding the problems, experimenting with the solutions, and applying different strategies that led to the most rewarding learning experiences in my life.”

Now, with all that said, hopefully, we feel well enough moving from one round-ish unit of measurement to the next, full of the knowledge that nobody knows everything and that the way forward may not be improved through specific hurdles, but rather the way you find yourself through them. For my money, I say resolutions be damned, feed the good wolf, and go forth in the year ahead writing code, solving problems, and learning always.

With that, we’ll take a look at some other blog posts and articles in the world of programming looking at the year past and ahead, taking it all with a grain of salt. Oh, and this one’s for you, PHP:

This Year in Programming

Mike is a freelance writer, editor, and all-around techie wordsmith. Mike has written for publications such as ReadWriteWeb, Venturebeat, and ProgrammableWeb. His first computer was a "portable" suitcase Compaq and he remembers 1200 baud quite clearly.
Read more from Mike Melanson
Share this story
RELATED STORIES
Baseten: Deploy and Share ML Models with Python 5 Steps to Propel Python into the Next Decade Embracing Open Source for Greater Business Impact Can Masking Metadata Boost Open Source Security, Diversity? Why Unsuspecting Data Leaks Are a Key to Rampant Blockchain Hacks
Share this story
RELATED STORIES
At Open Source Summit: Introducing Linux Foundation Europe Embracing Open Source for Greater Business Impact Ethereum's Big Day: How the Merge Will Impact Web3 Developers All about Zombie, an Open Source Effort to Mask Metadata Can Masking Metadata Boost Open Source Security, Diversity?
THE NEW STACK UPDATE A newsletter digest of the week’s most important stories & analyses.
We don't sell or share your email. By continuing, you agree to our Terms of Use and Privacy Policy.
TNS owner Insight Partners is an investor in: Docker.