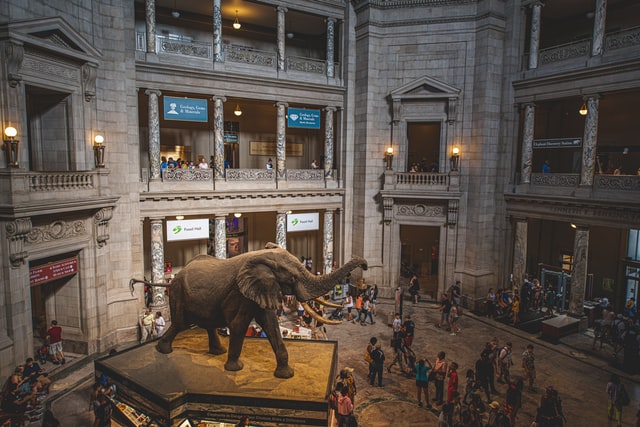 For an industry that one might suspect to be forward-looking — ya know, technology and innovation and all — here we are at the end of yet another week where we’ve watched the tech world heartily debate doing just that: moving forward, rather than back.

In case you somehow missed the news, free software pioneer Richard M. Stallman (AKA RMS) announced this week that he was returning to the Free Software Foundation (FSF) board of directors after having resigned in 2019 over some controversial remarks regarding age of consent, rape, and Jeffrey Epstein.

For my money, there’s something rather Donald Trumpian about the construction of Stallman’s announcement of his return — “some of you will be happy at this, and some might be disappointed. In any case, that’s how it is.” It’s as if he is bending reality to his will with his wording. The emphasis is my own, but note how the “happy” response is assured, while the “disappointed” response is just potential, with the last bit offering a finality, an unquestionability, of the situation. RMS closes by saying that he is “not planning to resign a second time.”

The announcement, as you might imagine, has been met with a bit of a clamor. As for those who might be disappointed, there are a couple thousand (including former FSF board members, open source advocates, and organizations such as Mozilla, SUSE, GNOME and Creative Commons, among others) who have signed on to a letter calling for the removal of RMS, as well as the entire FSF board, again listing out a number of his perceived transgressions. The letter goes on to “urge those in a position to do so to stop supporting the Free Software Foundation” by refusing to contribute to related projects, speaking at or attending “events that welcome RMS and his brand of intolerance,” and for “contributors to free software projects to take a stand against bigotry and hate within their projects.”

While RMS started the free software movement and the GNU GPL was a groundbreaking document, the community still has a right to hold him to account for his abhorrent actions and harmful speech. RMS should not be part of the FSF.

Similarly, the Open Source Initiative released its own statement, saying that it will not work with the FSF until RMS is no longer a part of the leadership there, noting that “free and open source software will not be accessible to all until it is safe for everyone to participate.” Coraline Ada Ehmke, on behalf of the Organization for Ethical Source, further extrapolates this idea in a statement that looks at how “Stallman’s ‘that’s how it is’ isn’t how it has to be.”

“The libertarian philosophy espoused by many of the founders and leaders of the FLOSS movement centers the primacy of the rights and benefits of individuals, demonstrated by granting them complete freedom. This philosophy is reflected in the amoral stance that software should be free to use for any purpose whatsoever, regardless of its impact on others. The actions of the FSF board only make sense if you believe in this primacy of the individual over the needs of the broader community,” writes Ehmke.

Working on a piece for @TheNewStack about decision to reinstate Richard Stallman to the Free Software Foundation board.

We commit to being a safe space for victims of sexual harassment and abuse to share their stories if they choose.

Meanwhile, much of the defense of RMS comes in the form of opposition to “cancel culture,” and focusing on RMS as an “icon” and “driving force,” as he is referred to in this letter of support, which has also garnered a couple of thousand signatures, although without the same immediate name recognition and organizational backing. As you might imagine, the ideals of “freedom of speech” are invoked, wherein anything can be said without any consequence, regardless of the fact that “freedom of speech” as we know it in the U.S. details government sanction, and not social consequence. Further evidence of RMS’s support can be found among Hacker News threads, where similar arguments are made, nitpicking over the acceptability of each of RMS’s stances and his right to publicly espouse them, rather than the net effect of his words and actions on the members of the community.

YouTuber Brodie Roberston offers his take on the return of RMS, saying “Like it or not, Richard Stallman is the face of free software. When you think about the free software movement, he is the one person that comes to mind.” He then goes on to argue that the FSF is essentially the “ideological arm” of Stallman himself and that he is essentially irreplaceable not only because of his thoughts around free software but his passion for it, before going on to list the things that are “part of his charm.”

You got that? That’s right, pay no attention to the man behind the curtain! After all, “there’s no way you can change the past, so we might as well move onward from that,” as Robertson puts it.

Of course, much of this current debate generally ignores the woolly mammoth in the room, which is the generally open secret of RMS’s lecherous behavior that have made many feel unwelcome in the community. After preaching about diversity and inclusion and whatnot, the IT community is now spending all this energy on dissecting whether RMS should be redeemed, when it’s been made abundantly clear that his redemption is at the sole expense and exclusion of large swaths of the community.

Meanwhile, the FSF itself has released both a preliminary board statement on FSF governance and an update on work to improve governance, with FSF president Geoffrey Knauth announcing his resignation “as an FSF officer, director, and voting member as soon as there is a clear path for new leadership assuring continuity of the FSF’s mission and compliance with fiduciary requirements.”

The FSF board statement on governance (https://t.co/p9moTfCLbp) doesn’t address the following key concerns:

So far, as you can see evidenced above, there is little faith that the FSF board — the group of people responsible for enabling and bring RMS back in the first place — will reverse course, but time will tell.

When you setup Kubernetes to host your personal blog pic.twitter.com/dbjqzbINnB

generics? but at what const

Don’t be sad your side project domain expired, smile that you had the giddy optimism to register it in the first place.

Feature image by mana5280 on Unsplash.