GitHub's new feature is "your AI pair programmer" but might also be appropriately called "IntelliSense on steroids."
Jul 3rd, 2021 6:00am by Mike Melanson 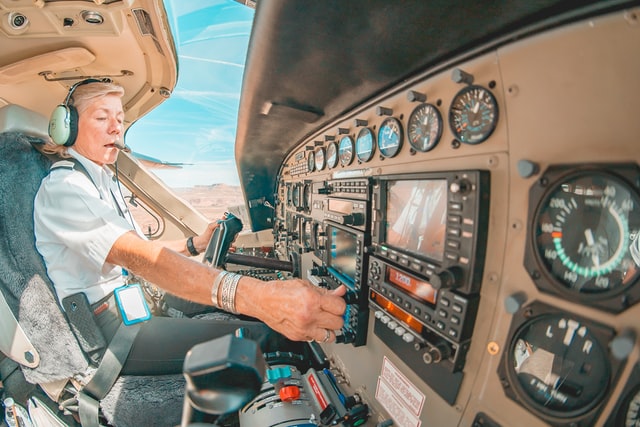 Earlier this week, GitHub introduced GitHub Copilot, a new feature that it is referring to as “your AI pair programmer” but might also be appropriately called “IntelliSense on steroids.” Built using OpenAI Codex, a new system that the company says is “significantly more capable than GPT-3 in code generation,” the tool not only autocompletes lines of code but will offer entire blocks of code in response to both code that you type and natural language.

Having been “trained on billions of lines of public code,” one of the first questions that has come up regarding Copilot has focused on issues of copyright, specifically pointing to the idea of the viral GPL license, which requires that all derivative works carry that same license.

copyright does not only cover copying and pasting; it covers derivative works. github copilot was trained on open source code and the sum total of everything it knows was drawn from that code. there is no possible interpretation of “derivative” that does not include this

Now, while there is plenty of conversation floating around on Twitter and a few Hacker News threads, most of it, as you might expect, falls under the “I am not a lawyer” disclaimer. There is one Hacker News comment, from GitHub CEO Nat Friedman, however, that offers a bit of a response to questions along these same lines.

“In general,” writes Friedman, “(1) training ML systems on public data is fair use (2) the output belongs to the operator, just like with a compiler.” He then offers a link to OpenAI’s position on training machine learning models, which argues that “training AI systems constitutes fair use” and furthermore that “policy considerations underlying fair use doctrine support the finding that training AI systems constitute fair use.”

But Friedman is not alone — a couple of actual lawyers and experts in intellectual property law took up the issue and, at least in their preliminary analysis, tended to agree with Friedman. First, Neil Brown examines the idea from an English law perspective and, while he’s not so sure about the idea of “fair use” if the idea is taken outside of the U.S., he points simply to GitHub’s terms of service as evidence enough that the company can likely do what it’s doing. Brown points to passage D4, which grants GitHub “the right to store, archive, parse, and display Your Content, and make incidental copies, as necessary to provide the Service, including improving the Service over time.”

“The license is broadly worded, and I’m confident that there is scope for argument, but if it turns out that Github does not require a license for its activities then, in respect of the code hosted on Github, I suspect it could make a reasonable case that the mandatory license grant in its terms covers this as against the uploader,” writes Brown. Overall, though, Brown says that he has “more questions than answers.”

I’ve seen the source code for this. I remember something along the lines of pic.twitter.com/vVRSlUSU2e

In a more definitive take, Andres Guadamuz, a senior lecturer in intellectual property law at the University of Sussex and the Editor in Chief of the Journal of World Intellectual Property, takes up the question of whether or not GitHub Copilot is infringing copyright, concluding that “this is neither copyright infringement nor license breach, but I’m happy to be convinced of the contrary.”

On the idea of copyright infringement, Guadamuz first points to a research paper by Alber Ziegler published by GitHub, which looks at situations where Copilot reproduces exact texts, and finds those instances to be exceedingly rare. In the original paper, Ziegler notes that “when a suggestion contains snippets copied from the training set, the UI should simply tell you where it’s quoted from,” as a solution against infringement claims.

On the idea of the GPL license and “derivative” works, Guadamuz again disagrees, arguing that the issue at hand comes down to how the GPL defines modified works, and that “derivation, modification, or adaptation (depending on your jurisdiction) has a specific meaning within the law and the license.”

“You only need to comply with the license if you modify the work, and this is done only if your code is based on the original to the extent that it would require a copyright permission, otherwise it would not require a license,” writes Guadamuz. “As I have explained, I find it extremely unlikely that similar code copied in this manner would meet the threshold of copyright infringement, there is not enough code copied, and even if there is, it appears to be mostly very basic code that is common to other projects.”

While Copilot definitely appears to spit out verbatim code once in a while, it is the infrequency of that occurrence that seems to assure Guadamuz that the tool is in little jeopardy for being successfully litigated against. In one comment on his article, he writes that “this is all going to be solved eventually by Codex an Copilot offering a similarity tool where programmers can check whether there is any recitation in their code,” which might help with scenarios such as this:

I don’t want to say anything but that’s not the right license Mr Copilot. pic.twitter.com/hs8JRVQ7xJ

And while we’re here, if copyright infringement and open source licensing is less of a concern for you, and you’re more interested in just how cool and useful a tool like GitHub Copilot might be, make sure to head on over and read Darryl Taft’s analysis of Copilot, which he calls “A Powerful, Controversial Autocomplete for Developers“.

Mike is a freelance writer, editor, and all-around techie wordsmith. Mike has written for publications such as ReadWriteWeb, Venturebeat, and ProgrammableWeb. His first computer was a "portable" suitcase Compaq and he remembers 1200 baud quite clearly.
Read more from Mike Melanson
SHARE THIS STORY
RELATED STORIES
How to Lower Your Company‘s AI Risk in 2023 NASA and IBM to Speed AI Creation with New Foundation Models Op-Ed: The Rise of AI Content Generators Is an Affront to Creativity What Data Management Pros Expect to See in 2023 AWS Inf2: A 12-Chip System for Large-Scale ML Production
TNS owner Insight Partners is an investor in: Docker.
SHARE THIS STORY
RELATED STORIES
AWS Inf2: A 12-Chip System for Large-Scale ML Production Build a Churn Detection Train with AI Blueprints Why Your Kubernetes Ship Is Sunk without Machine Learning The Power and Ethical Dilemma of AI Image Generation Models Why So Many Organizations' Artificial Intelligence Initiatives Fail
THE NEW STACK UPDATE A newsletter digest of the week’s most important stories & analyses.
The New stack does not sell your information or share it with unaffiliated third parties. By continuing, you agree to our Terms of Use and Privacy Policy.