This Week in Programming gathers all the lastest development news for the cloud native computing community.
Jul 31st, 2021 6:00am by Mike Melanson 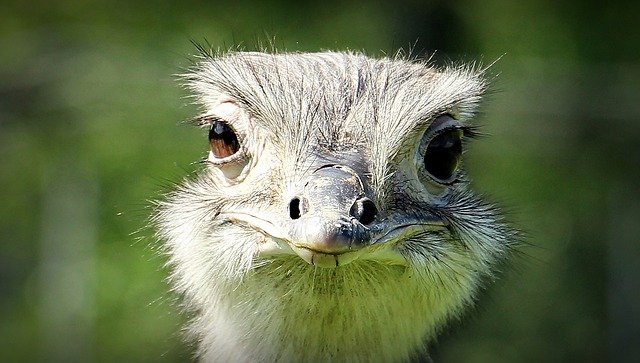 This week, GitHub announced that it would be working together with the Stanford Law School to help defend open source developers against Digital Millennium Copyright Act (DMCA) claims. The move follows up on some drama that took place last year around a little library called youtube-dl, which had been removed from GitHub after a DMCA takedown notice.

While you might be more familiar with your standard DMCA takedown, which usually applies to the unpermitted use of copyrighted materials, youtube-dl was subject to removal according to a less common rule. As GitHub wrote upon youtube-dl’s reinstatement last year, the rule applied to “anticircumvention—an allegation that the code was designed to circumvent technical measures that control access or copying of copyrighted material, in violation of Section 1201 of the DMCA.” As a part of its response to this incident, GitHub promised at the time that it would not only work to change the law itself, but also improve its own response to takedown notices, as well as establish a Developer Defense Fund “to help protect open source developers on GitHub from unwarranted DMCA Section 1201 takedown claims.”

having literally experienced DMCA takedowns *this week* on Twitter, I… genuinely appreciate that there’s a seed of helping individuals, rather than defaulting to trusting corporations to do the right thing.

As part of GitHub’s dedicated 1201 review process, when we notify a developer of a valid takedown claim, we will also give them the option to seek independent legal support through the clinic at no cost to them,” the company wrote in this week’s announcement. “This ensures that the developer has access to fully independent legal support, putting their interests and the interests of their community first.”

Beyond offering free legal support, GitHub says the fellowship will also be “researching, educating, and advocating on DMCA and other legal issues important for software innovation” as well as training others on how to “work with developers and advocate on behalf of open source communities.”

Now, perhaps it’s just the nature of being a multinational corporation in modern society, but even when you seemingly try to help out the masses, you catch a bit of flack. One article, for example, cautions those watching against unfettered optimism, noting several caveats, including that there is no mention of a legal defense fund were a developer to actually be sued by someone making a claim.

“According to GitHub’s transparency report, In the past month (as of this writing), they have dealt with some 138 DMCA notices and only one counternotice. It’s unclear how many of those notices deal with Section 1201 disputes versus more traditional issues of copied code and other content,” the article states. “So while the DMCA takedown issue is a major one from a public relations standpoint, it’s much less so from a practical one.”

Not to mention, whenever you talk GitHub, the lowest hanging fruit is to point out that the company’s business dealings with the U.S. Immigrations and Customs Enforcement (ICE) stand in contrast to their otherwise claiming to take a moral high ground.

ICE: *separates children from families, puts them into cages, “loses” them in the system, causes deaths*
GITHUB: ¯\_(ツ)_/¯
DMCA: *takes down repo*
GITHUB: pic.twitter.com/Znl5OFFGtw

And then there’s that whole matter of using mass amounts of publicly available source code, irrespective of licensing, to train an immense AI, regardless of whether or not it may be perfectly legal…

so github get some good PR for doing something very very specific and limited to defend against relatively rare enforcement of the DMCA’s circumvention provisions, while taking large amounts of copyleft code and feeding them into a neural network that can regurgitate it intact

Friends, what cloud provider do you use to host your metaverse?

Mike is a freelance writer, editor, and all-around techie wordsmith. Mike has written for publications such as ReadWriteWeb, Venturebeat, and ProgrammableWeb. His first computer was a "portable" suitcase Compaq and he remembers 1200 baud quite clearly.
Read more from Mike Melanson
SHARE THIS STORY
RELATED STORIES
The Quest for High-Quality Kubernetes Deployments LaunchDarkly: Feature Management Is a Must-Have Case Study: How BOK Financial Managed Its Cloud Migration Automate DevOps with an Everything as Code Approach How and Why to Respond to Incidents the Right Way
SHARE THIS STORY
RELATED STORIES
How Mirantis' Lens Autopilot Helped Choozle Scale Kubernetes Record, Connect and Search DevOps Changes with Kosli Limiting the Deployment Blast Radius Top 4 Misconceptions about Cloud Migration How Dynamic Logging Saves Strain on Developers and Your Wallet
THE NEW STACK UPDATE A newsletter digest of the week’s most important stories & analyses.
The New stack does not sell your information or share it with unaffiliated third parties. By continuing, you agree to our Terms of Use and Privacy Policy.