This Week in Programming: GitHub Makes It Easier to Work Where Maybe You Shouldn’t

This Week in Programming brings together all the latest news in the cloud native computing community,
Oct 17th, 2020 6:00am by Mike Melanson 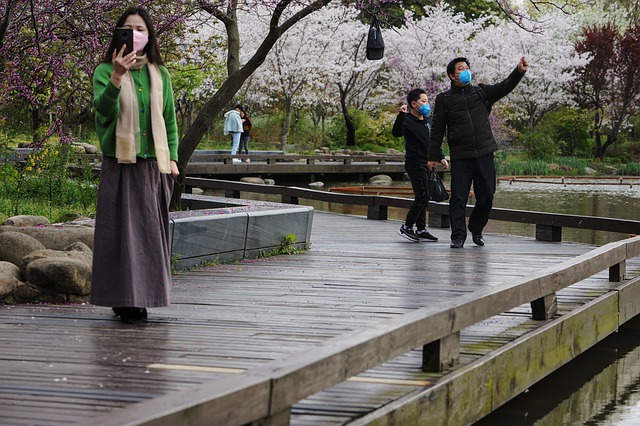 I still remember getting my first smartphone back in early 2010, and how exciting it was. I could take pictures wherever I went, check-in with my friends on Foursquare in competition for some imaginary internet points, and even respond to emails from anywhere in the world! What freedom!

Soon enough, as a burgeoning tech blogger, I’d hacked together various applications to ping me whenever news broke, whenever certain people posted to Twitter, whenever numerous companies posted new blogs that might be seen as tech news, and the next thing I knew, my phone was buzzing in my pocket incessantly at all hours of the day.

Within two years’ time, I’d completely burned myself out and canceled my cell service, relegating myself for several years to internet access only where wifi was available, as a response.

I tell this brief tale as my own personal anecdote of tech burnout, of the double-edged sword that is having everything immediately at your fingertips no matter when or where you are. These days, I’ve found a much better balance, turning off push notifications on numerous apps and often keeping my phone on silent, but it remains a struggle. I remain defensive over the invasion of technology, and therefore work, into every aspect of daily life, and so I immediately thought of this upon reading that GitHub was proudly touting even better code review in its GitHub for mobile apps.

And I wasn’t the only one to question the excitement around this news.

“hey I know you’re out with your family, but I really need to get this PR out can you take a look on your phone real quick?”

In its introduction, GitHub writes that it “heard from users who use the app to review code while taking a walk or sipping coffee on their balcony. Oh, or boating down the Amazon river.” While that Amazon river example may sound glorious, don’t you think that, perhaps, sitting on the balcony sipping coffee or taking a walk might just be the perfect time to NOT look at a screen for once? As might floating down the Amazon river? Haven’t we looked at enough screens lately, especially during the online extravaganza that is 2020?

These aren’t people just “triaging notifications in the app–they’re reviewing and merging code,” GitHub writes, as a point to back up how good it is that this will now be even easier. And perhaps that is one point: If you’re going to be out there reviewing and merging code instead of, oh, I don’t know, being present in the world around you, at least you’ll do it easier and quicker now.

Guys, this will lead to even more crappy software: people will hastily look at code from their phones, maybe while waiting for the bus… Did you consider the usefulness of what you are doing?

Of course, many folks don’t seem at all concerned, but rather excited at the prospect of properly wrapped code for small mobile screens or the new “jump to” button for reviewing larger files. And if you are one of those developers excited to spend your time reviewing merge requests while you walk the dog, head on over and grab the newly updated GitHub app for Android or iOS, and get excited, because GitHub Enterprise Server will be supported later this year.

Maybe, if GitHub’s example was instead “sitting on the toilet” instead of “taking a walk” or “floating down the Amazon river,” I might have been more into the idea…but likely not.

Nat nobody wants to review code on the toilet

full-stack react in 2020: you can now write .jsx files that we’ll turn into routes for you and render server-side so the browser just receives HTML

things the javascript event loop runs in: a thread

Feature image by zhugher via Pixabay.

Mike is a freelance writer, editor, and all-around techie wordsmith. Mike has written for publications such as ReadWriteWeb, Venturebeat, and ProgrammableWeb. His first computer was a "portable" suitcase Compaq and he remembers 1200 baud quite clearly.
Read more from Mike Melanson
SHARE THIS STORY
RELATED STORIES
Entrepreneurship for Engineers: Building for Customers’ Love 2022 in Review: AI, IT Armies, and Poems about Food Java's James Gosling on Fame, Freedom, Failure Modes and Fun Why 'Explainable AI' Can Benefit Business How to Get Started Filling 3.4 Million Cybersecurity Jobs
TNS owner Insight Partners is an investor in: The New Stack.
SHARE THIS STORY
RELATED STORIES
Platform Engineering Won’t Kill the DevOps Star 2022 in Review: AI, IT Armies, and Poems about Food A Brief DevOps History: The Road to CI/CD It Happened to Me: How I Suddenly Owed AWS $13,000... How We Manage Incident Response at Honeycomb
THE NEW STACK UPDATE A newsletter digest of the week’s most important stories & analyses.
The New stack does not sell your information or share it with unaffiliated third parties. By continuing, you agree to our Terms of Use and Privacy Policy.