This Week in Programming: Google Cloud’s Shock and Awe Campaign

This Week in Programming offers the latest in programming news for the cloud native developer.
Apr 12th, 2019 12:00pm by Mike Melanson 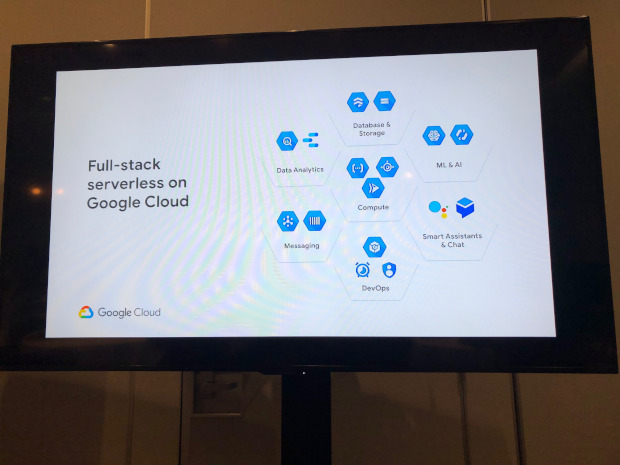 In discussing the pace of tech news this week, the phrase “shock and awe” came up and it stuck with me. Maybe it’s an insensitive metaphor to compare Google’s announcements this week at its Cloud Next 2019 conference to a U.S. military action meant to intimidate the opposition into submission, but it can feel a bit like an assault on the ol’ attention span and a barrage on the ability to keep pace when this many announcements come at once.

At the same time, many are quick to point out Google’s underdog status when it comes to enterprise cloud, with Amazon AWS and Microsoft Azure leading the pack, and so the analogy seems… appropriate. When the competition is ahead, you need to shock everyone with unilateral integrations that you won’t ever expect to be reciprocated and awe them with platform flexibility that says “we’ll even work with the competition to bring you to our side.” Over at TechCrunch, Ron Miller offers a take on this idea, writing that the Google Cloud Platform (GCP) is making some strong moves to differentiate itself from AWS and Microsoft by “selling themselves as the hybrid cloud company that can help with your digital transformation.”

And that’s what Google seems to be doing, with its onslaught of announcements, but fear not intrepid developer, as we hope to highlight some of the main announcements of interest for you, from the addition of open-source data management and analytics services to Google Cloud to its newest serverless offering to its latest cloud native coding tool. Without further ado…

At #CloudNext19 distributing illegal @linkerd material until they find us pic.twitter.com/kzUIFtmonz

Cloud Next 2019 for Developers

I've just tried the first #CloudRun deployment. There's nothing to test 😀, you just need to build your Docker image, push it to the Google Container Registry and run it. Well done!

Okay … so #GCP's #CloudRun seems to be a game changer. Just playing around with it … soooo much more handy than #AWSLambda's custom runtimes … but still 5 min timeout and 2GB memory; not enough :(

Google Cloud Run: For those people that want to go Serverless, but really can't let go of their Dockerfiles

Journalist writing about coders: "To the untrained eye, the code is just a jumbled mess of letters, numbers and symbols. But to a coder, each line is clear. She knows and understands every digit and dot in the same way a pianist would read a page of musical notes."

Mike is a freelance writer, editor, and all-around techie wordsmith. Mike has written for publications such as ReadWriteWeb, Venturebeat, and ProgrammableWeb. His first computer was a "portable" suitcase Compaq and he remembers 1200 baud quite clearly.
Read more from Mike Melanson
SHARE THIS STORY
RELATED STORIES
Data, Analytics and AI: What Will Happen in 2023 Private SaaS, a New Paradigm Serverless vs. Kubernetes: The People's Vote AWS Code Catalyst: A 'Low-Code' Approach for the Dev Lifecycle Build a Churn Detection Train with AI Blueprints
TNS owner Insight Partners is an investor in: Docker.
SHARE THIS STORY
RELATED STORIES
Build a Churn Detection Train with AI Blueprints Google Makes Postgres-Compatible AlloyDB Generally Available It Happened to Me: How I Suddenly Owed AWS $13,000... Is Low-Code Development Better for the Environment? Why Trust and Autonomy Matter for Cloud Optimization
THE NEW STACK UPDATE A newsletter digest of the week’s most important stories & analyses.
The New stack does not sell your information or share it with unaffiliated third parties. By continuing, you agree to our Terms of Use and Privacy Policy.