This Week in Programming: Google I/O and Microsoft Build, for the Developers 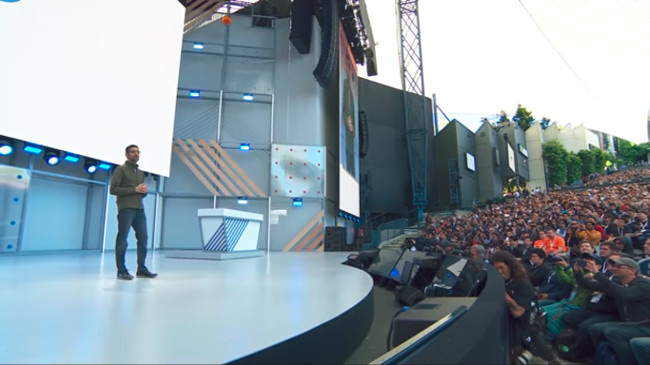 To the chagrin of many a developer, this week was host to not one but two big developer conferences: Google I/O and Microsoft Build. And while both conferences are geared toward the developers in name, both held quite a bit of news for consumers as well, which you’ve likely seen summed up a thousand times in the tech press this past week.

Surely by now, for example, you’ve heard of the typically Google faux pas, when the company leapt over the uncanny valley and created an AI that is able to call in a hair appointment, for example, and fool the human on the other end into thinking they are indeed talking with another human, and not a computer.

Google Assistant making calls pretending to be human not only without disclosing that it's a bot, but adding "ummm" and "aaah" to deceive the human on the other end with the room cheering it… horrifying. Silicon Valley is ethically lost, rudderless and has not learned a thing.

What a way to make headlines!

Well, beyond these truly headline grabbing feats, both Google and Microsoft released a slew of new features that certainly won’t make the front pages of consumer tech press, but will instead appeal to you developer types.

As one article over at Programmable Web puts it, if you develop for Android, Google just updated nearly everything. But that’s just the tip of the iceberg. There are new APIs, new AI and ML tools, and even the ability to finally code on Chromebooks without a workaround. And the same goes for Microsoft, which some consumer facing announcements, such as a fluid new Windows interface, but also offered a bunch of new features for developers, from updates to Visual Studio Code to an update to Windows Notepad you’ve likely wished for since the ’90s.

This Week in Google Developer News:

This Week in Microsoft Developer News:

Okay, we’ll admit, there’s much more that was announced from both companies this week, but it’s nearly impossible to capture in one comprehensive place. So, we’ll leave you with one piece of advice for the weekend…

Friends who sit at a PC all day like myself, don’t forget: pic.twitter.com/QoBju8jN99

Mike is a freelance writer, editor, and all-around techie wordsmith. Mike has written for publications such as ReadWriteWeb, Venturebeat, and ProgrammableWeb. His first computer was a "portable" suitcase Compaq and he remembers 1200 baud quite clearly.
Read more from Mike Melanson
SHARE THIS STORY
RELATED STORIES
Copilot Lawyers Checking Claims against Other AI Companies How Bindle Makes It Easy to Store and Distribute Cloud Native Apps Rust and the OS, the Web, Database and Other Languages A Better Developer Experience Requires Better Testing Tools Developers Get a Quick-Start to Coding with Replit IDE
SHARE THIS STORY
RELATED STORIES
How to Build Your Own Decentralized Twitter Rust and the OS, the Web, Database and Other Languages Need to Scale Apache Kafka? Switch to Apache Pulsar The Missing Part of GitHub Actions Workflows: Monitoring Oxeye Finds Bad Spotify Backstage JavaScript Vulnerability
THE NEW STACK UPDATE A newsletter digest of the week’s most important stories & analyses.
The New stack does not sell your information or share it with unaffiliated third parties. By continuing, you agree to our Terms of Use and Privacy Policy.