This Week in Programming covers the lates development news in the cloud native computing community.
Apr 11th, 2020 6:00am by Mike Melanson 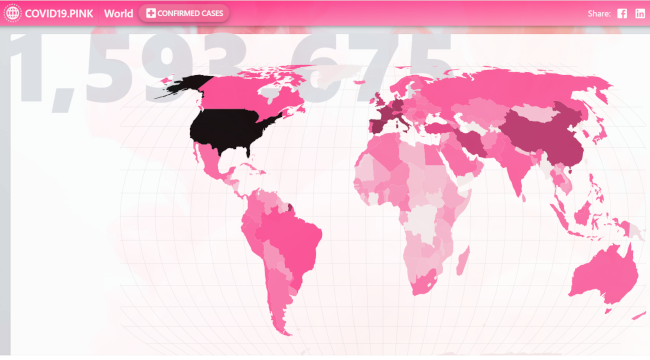 It’s been one hell of a month, huh? Sometimes it feels like it’s just been one day after another of bad news. In just the last month, we’ve seen stock markets tank, unemployment skyrocket, every big fun thing we could think of get called off, and more and more people dying by the day. And really, that’s just the tip of the iceberg, it seems.

I don’t know about you, but I could use some good news.

To that end, we figured that this week we could take a look at some of the solutions rather than just the problems, for once. Previously, we’d examined how developers could help beat the COVID-19 pandemic, looking not only at resources but the various hackathons that sprang up in response. Well, some time has passed, thons have been hacked, and there are some results to explore. Without further ado, three COVID-19 hackathons have announced their winners and we present them to you here today as examples of what technology can do to help in our current circumstances.

First, the Pandemic Response Hackathon recently wrapped up and announced the winning projects, which were pulled from 230 submissions by more than 2,000 participants, and were organized along four tracks — public health information, epidemiology and tracking, health worker safety, and secondary effects of the pandemic. This particular hackathon chose four winners for each category, which might be a bit much to include here, but they range from things like Cov2words, a chatbot-based hotline that advises you whether to get tested for COVID-19, to the Airspar Inflatable Field Hospital, a design for an inflatable negative pressure tent that can be used to quickly scale up hospital bed capacity, to the WhatsInStock, which shows New Yorkers (for now) where they can find things like toilet paper at nearby stores, to reduce the number of trips they need to make.

Next up, the CodeVsCOVID19 hackathon wrapped up with four more winning projects (including a repeat in Cov2words from the Pandemic Response Hackathon). doctor@home, for example, offers self-monitoring and intelligent medical triage for COVID-19 patients confined at home, while WeTrace offers the possibility of finding out if you were in contact with someone that was tested positive, and Detect Now uses deep learning to detect coughing related to COVID-19 from recordings.

Lastly, the CODEVID-19 weekly hackathon has announced one winner each week, as submitted by 1,500 developers from 50 countries. The first week (which was like a year ago in pandemic time) was a COVID-19 dashboard called covid19.pink, which the team managed to get out within a few days of the hackathon start. Next, WeHaveWeNeed.com provides a marketplace to bring together people with needs with the people who can help, while this week’s winner is Charity Shop Exchange, which offers a book and DVD subscription service to combat isolation, all while working with local charities.

The kids wanna play “programmer” like daddy so I’m gonna make them go sit and read documentation for 4 hours, curse at a text editor for 2 hours, then write a single console.log statement.

Nerds: let's do a hackathon to find ways that programmers can fight covid-19

NJ Gov: unemployment system is falling over and we need COBOL programmers

Microservices are awful. Monoliths are awful. Software is awful. At this point I think computers may have been a mistake.