This Week in Programming: Hacktoberfest Goes Opt-In Only 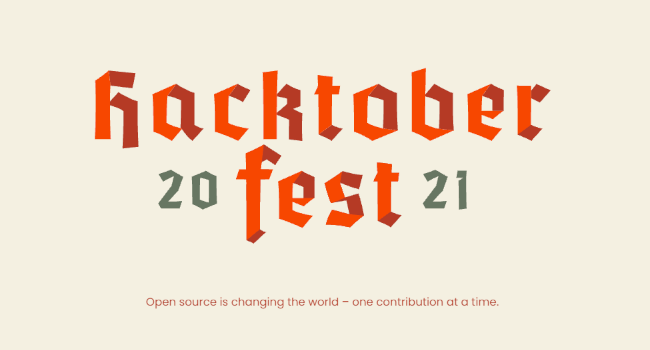 With October suddenly upon us, it’s every open source maintainer’s favorite time of year – Hacktoberfest!

Okay, well, maybe not EVERY maintainer.

Everyone guard your open source projects

At least in years past, Hacktoberfest, the annual “month-long celebration of the open-source community” put on by DigitalOcean wherein participants get some swag for successfully making pull requests to open source projects, has been occasionally controversial. Last year, the event seemingly hit a turning point, as maintainers again complained and DigitalOcean took some concrete steps to limit pull-request spam, allowing projects to opt-out of the event and promising to ban users from participating in this and other DigitalOcean events if they’re found to be spamming projects with fraudulent pull requests.

Beyond that, this year the company is encouraging participants to donate directly to open source projects by enabling donations through Open Collective and GitHub Sponsors, as well as bringing GitLab into the open source love fest, where “only contributions to repositories on GitLab that have ‘hacktoberfest’ as a topic will count.” As a matter of fact, this opt-in is now the default for Hacktoberfest, according to the FAQ, where DigitalOcean writes that it has “changed the program to only count pull requests that are made to repositories with a ‘hacktoberfest’ topic or labeled with **hacktoberfest-accepted**.”

I now get even more notifications because people keep asking if issue X is part of #hacktoberfest 😭 (if I say "no", it is like I kicked their dog 😱) pic.twitter.com/5BPs8f19Lg

Complaints around spam aside — as one open source advocate points out, the net benefit may be worth more than the time it takes you to close out those spam pull requests — there are a number of open source projects out there ready and willing to take your contributions. So, if you’ve pondered contributing to open source, now may be the time — heck, you’ll get a t-shirt to boot.

🔥 We are a day away from @hacktoberfest!

To sign up, head on over and register for Hacktoberfest before getting started.

What they tell you about microservices: it's simpler and you can work faster

What they don't tell you about microservices: your dependency updates are now on an exponential growth curve

Mike is a freelance writer, editor, and all-around techie wordsmith. Mike has written for publications such as ReadWriteWeb, Venturebeat, and ProgrammableWeb. His first computer was a "portable" suitcase Compaq and he remembers 1200 baud quite clearly.
Read more from Mike Melanson
SHARE THIS STORY
RELATED STORIES
Redis Looks Beyond Cache Toward Everything Data Netlify Acquires Gatsby, Its Struggling Jamstack Competitor Linux Foundation Study Assesses 'Outsized' U.S. Influence on Open Source Google Roadmap: Flutter to Integrate with JavaScript, Wasm Bryan Cantrill: What’s Next for Infrastructure, Open Source and Rust
Amazon Web Services and Gitlab are sponsors of The New Stack.
TNS owner Insight Partners is an investor in: Uniform.
SHARE THIS STORY
RELATED STORIES
Build Your Own Decentralized Twitter, Part 3: Hello Mastodon Netlify Acquires Gatsby, Its Struggling Jamstack Competitor 2023 Web Tech Check-in: React Performance, PWAs, iOS Browsers Log4j: Why Organizations Are Failing to Remediate This Risk What It's Like to Run a Mastodon Server in the Musk Twitter Era
THE NEW STACK UPDATE A newsletter digest of the week’s most important stories & analyses.
The New stack does not sell your information or share it with unaffiliated third parties. By continuing, you agree to our Terms of Use and Privacy Policy.