This Week in Programming: Has Facebook Forgotten about the Developers? 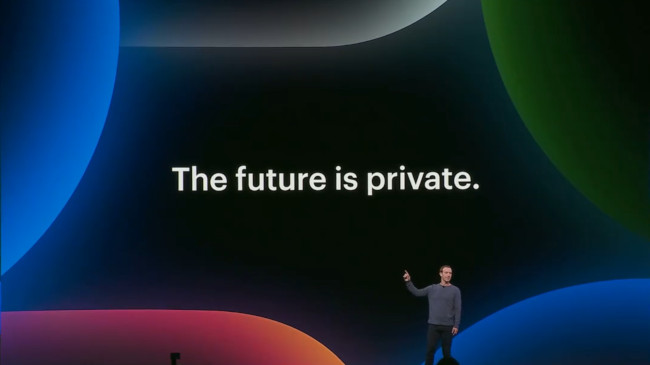 Do you smell that? That’s right, it’s the sweet smell of free t-shirts, stickers, buttons, and that oddly-flavored coffee that you only drink at a conference, because, well, it’s free and plentiful. We are full swing into conference season here in the developer world and we’re kicking it off this week with Facebook’s F8 Developer Conference, which is where we’ll focus a bit of our attention this week to start.

For those of you on the infrastructure end of things, this past week played host to both the newly-named Open Infrastructure Summit, as well as DockerCon, so make sure to check the recent posts of The New Stack to catch up on all the news there as well, but not to worry, if none of these conferences are your cup of tea — next week will likely scratch an itch. In some freak coincidence of “did nobody talk this over?” Red Hat, Microsoft and Google will all hold their conferences at pretty much exactly the same time. Red Hat goes to Boston for its annual Red Hat Summit, Microsoft holds down the fort in Seattle with Microsoft Build, and Google takes Google I/O down to Mountain View. (Oh, and don’t forget about PyCon that somehow overlaps all of them, where Netflix told us all about the myriad ways it uses Python to keep us all binging that content.)

On day one of F8, the company talked about many things — privacy, a faster Messenger experience, Occulus Rift for the workplace — but just two things stand out. First, the company noted it would be making some changes in its Marketing API 3.3 in regards to rate limits for Pages API, Instagram, Messenger, and Ads Insights, all of which will go into effect starting July 29, 2019. I know, sexy stuff right there. Next, it announced the launch of the Facebook Developer Community Forum, which is pretty much exactly what it sounds like. I’ll let TechCrunch’s Frederic Lardinois handle the overall sentiment around day one:

So far, Facebook's developer conference has been about many things, but not developers. #F82019

So, moving on to day two then! The name of the game for the second day of Facebook’s developer conference was “open source” and AI/ML, as the bulk of actual announcements came around updates to PyTorch, the company’s “open source deep learning platform that provides a seamless path from research prototyping to production deployment” as well as a list of newly “open-sourced tools and frameworks that simplify machine learning experimentation and optimization, speed up test execution times, and help solve memory-related performance issues.”

Following its stable release of 1.0 last December, PyTorch 1.1 adds some new developer tools, such as TensorBoard, “a web application suite for inspecting and understanding training runs and graphs” that provides “first-class and native support for visualization and model debugging.” In addition, the new version improves its just-in-time (JIT) compiler with “expanded capabilities in TorchScript, such as support for dictionaries, user classes, and attributes,” and adds new APIs for Boolean tensors and better support for custom recurrent neural networks. The AI/ML platform also saw the addition of some collaboration tools with Google AI Platform Notebooks and Google Colab

As for new open source tools, the list includes BoTorch, a library for for Bayesian optimization (BO) research built on PyTorch, idb, an iOS development bridge to “build complex workflows so that automation on iOS can be distributed amongst a fleet of machines,” Memscout, an analysis tool that can be used to quickly diagnose memory-related performance issues, and Mvfst, which offers the abilities to “stream multiplexing as a transport feature, 0-RTT connection establishment, better loss recovery, security built in from the ground up, and flexible congestion control.”

Beyond that, Facebook offered some navel-gazing analysis of how it’s using natural language processing to combat the hate speech and bullying that have plagued the site, working towards building inclusive AI and trying to be conscientious and ethical in its design changes. Unfortunately, as Lardinois once more points out, it did little to say how developers could do this themselves:

Facebook has talked a lot about the work it does in AI, to avoid bias, find hate speech on its platform etc. today. That's all very laudable. It is not using its keynotes to really talk about how developers can bring this to their own products, though. #f8 #f82019

Even if F8 wasn’t the feature-packed marathon of sweet developer announcements, that’s okay, because, as we mentioned earlier, next week may make your head spin. Stay tuned.

I remember the days when I built my own gaming PCs. Eventually I sold out and bought a Xbox because I just wanted to play games, not build gaming rigs.

Mike is a freelance writer, editor, and all-around techie wordsmith. Mike has written for publications such as ReadWriteWeb, Venturebeat, and ProgrammableWeb. His first computer was a "portable" suitcase Compaq and he remembers 1200 baud quite clearly.
Read more from Mike Melanson
SHARE THIS STORY
RELATED STORIES
What’s the Future of Feature Management? A Guide to Better Developer Experience Promises in JavaScript: A Primer The Process Equation (Cadence Is Everything, Part 2) Developers Get a Quick-Start to Coding with Replit IDE
TNS owner Insight Partners is an investor in: The New Stack, Docker, Hightower.
SHARE THIS STORY
RELATED STORIES
Introduction to Kubernetes Imperative Commands The Missing Part of GitHub Actions Workflows: Monitoring The Process Equation (Cadence Is Everything, Part 2) How Golang Evolves without Breaking Programs Snack Stack: If Programming Languages Were Desserts ...
THE NEW STACK UPDATE A newsletter digest of the week’s most important stories & analyses.
The New stack does not sell your information or share it with unaffiliated third parties. By continuing, you agree to our Terms of Use and Privacy Policy.