This Week in Programming: IBM’s Red Hat Buy for Developers 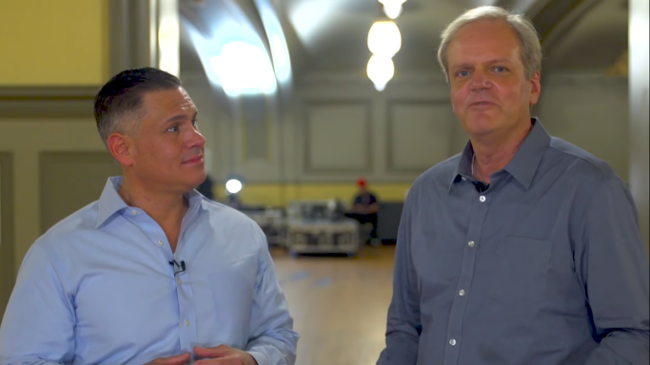 By now, we’re sure you’re tired of reading about how IBM’s acquisition of Red Hat is the 107-year-old company’s clear path forward into the age of the cloud. The PR machine has been grinding away dutifully to hammer out this message and we’re all receiving it, loud and clear.

But what about you, the developers? What do these headlines with hopeful quotes and astonishingly large dollar amounts mean for those of you who built the very product that Red Hat has surrounded with its rather valuable business model? And those of you who rely on it to build other software? And who use the tools and standards thus far created, supported, or otherwise influenced by a company synonymous with open source practices and ethos?

Just finished a call with @tmmoore_1 of @IBM about the acquisition of @RedHat. IBM's message: "Developers are the winners in this." In particular, they are now reaching out to open source project leaders, member of dev communities — people whose feedback we'd also love to hear.

One blog post on the topic comes to us from Donald Fischer, TideLift CEO and co-founder, as well as former Red Hat Enterprise Linux product manager, who looks at why Red Hat got $34 billion and you got $0.

“Red Hat saw, earlier than most, that the ascendance of open source made the need to pay for code go away, but the need for support and maintenance grew larger than ever,” Fischer writes. “Thus Red Hat was never in the business of selling software, rather it was in the business of addressing the practical challenges that have always come along for the ride with software.”

While the post ends up primarily as a pitch for his own company, it highlights the problem nonetheless — this open source software was created and maintained by countless contributors who get none of that whopping $34 billion. Perhaps, Fischer suggests, “now that you know, next time you can get paid, too.”

Only 1% of IBM developers (per LinkedIn data) actually use their IBM email addresses on GitHub. That compares to 25% of Red Hat devs. Contributing to OSS as a hobby is different than doing it full-time. https://t.co/Hrl2mOyvmS pic.twitter.com/gkIAekgrGz

Moving on from the potential implications on how open source contributors attempt to get their slice of the pie, there are numerous concrete effects we may see in the world of open source software and programming languages. For example, WSO2 CEO Tyler Jewell examines what this acquisition means for open source, writing that “IBM’s commercial- and patent-first culture will erode Red Hat’s open source and innovation advantages” and that “this acquisition is a disaster for the Kubernetes and Docker communities.”

“While IBM has participated in significant open source projects, it’s always been with a me-first mindset that works to exploit the positive advances of the open source upstream community,” Jewell writes. “Open source, at its core, advances when the commercial vendors that participate do so in a manner that shows selflessness by investing in the upstream’s goals, even if those goals conflict with the commercial interests of the vendor.”

Red Hat Zurich wall, before and after pic.twitter.com/djQCfOKnwU

Not only that, but the acquisition, he says, is “a loss for the mature, but essential, Java market where Red Hat and IBM are two of the top contributors.” Indeed, Application Developer Times also takes a look at the effects the acquisition will have on Java, rounding up several opinions on the matter. After all, “Red Hat is, in fact, the largest contributor to the OpenJDK next to Oracle.” One source tells ADT that, while the deal will certainly be good for the shareholders, “the reality is that the outcome for customers and the Java EE ecosystem may not necessarily be so rosy. It will likely mean less options for Java EE users and less market competitiveness.” Another source wonders “In terms of Java, does this mean Red Hat products will start shipping with the IBM Java VM?”

Of course, if you ask IBM about it, “developers are the winners” in this deal, with the company touting “more than 1000 IBMers active in open source with 78,000 IBMers trained to participate in open source” among other stats it says puts IBM in the “Top 3 in the world along with Google and Red Hat.”

Final word on the topic before we look at what else has been going on this past week in the world of programming — for more context on the topic of what the Red Hat acquisition will mean for open source, make sure to check out this week’s Context podcast here on TheNewStack.

Mike is a freelance writer, editor, and all-around techie wordsmith. Mike has written for publications such as ReadWriteWeb, Venturebeat, and ProgrammableWeb. His first computer was a "portable" suitcase Compaq and he remembers 1200 baud quite clearly.
Read more from Mike Melanson
SHARE THIS STORY
RELATED STORIES
WebAssembly to Let Developers Combine Languages Platform Engineering in 2023: Doing More with Less Streamline Event Management with Kafka and tmctl Watch Out, Attackers Have Their Heads in Your Cloud! Top 6 SaaS Security Threats for 2023
TNS owner Insight Partners is an investor in: Coast, The New Stack, Docker.
SHARE THIS STORY
RELATED STORIES
How Platform Engineering Can Improve DevOps Collaboration Streamline Event Management with Kafka and tmctl I Need to Talk to You about Kubernetes GitOps Why Your Kubernetes Ship Is Sunk without Machine Learning Surmounting the Challenge of Building Web3 Applications
THE NEW STACK UPDATE A newsletter digest of the week’s most important stories & analyses.
The New stack does not sell your information or share it with unaffiliated third parties. By continuing, you agree to our Terms of Use and Privacy Policy.