This Week in Programming: It’s All Canceled

Developers are helping collect and track data on the COVID-19 pandemic. Meanwhile, all in-person events are cancelled.
Mar 7th, 2020 6:00am by Mike Melanson 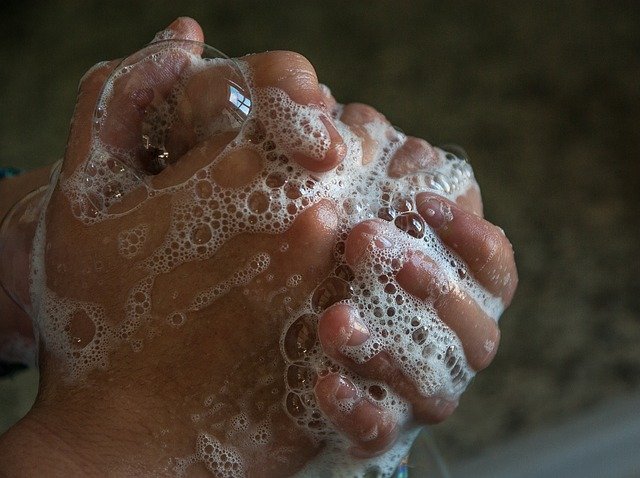 Last week, we talked a little bit about how it can feel a bit like end-times these days, and I wondered if developers might be able to lend a hand in tackling issues like global climate change and a pending pandemic. Well, it’s a week later, and nothing much is better.

I mean, we DO have a variety of nifty visualization tools for COVID-19 that show us in real-time just how screwed we are…so that’s nice. (If you want to get in on the fun, ProgrammableWeb writes that a new API and SDK launched this week to provide “data collected from global health organizations and local administrations that are tracking the spread of the virus,” adding on to the collection it posted last week.)

So, if you were contributing some extra processing power to the search for extraterrestrial intelligence, perhaps consider better saving the planet from a pandemic, rather than turning to mining cryptocurrencies. Already, “the Rosetta molecular modeling suite was recently used to accurately predict the atomic-scale structure of an important coronavirus protein weeks before it could be measured in the lab,” which may “guide the design of novel vaccines and antiviral drugs,” says a blog post from the University of Washington. To that end, however, I might ask — are we really relying on distributed computing instead of requesting that some of our multibillion-dollar tech companies just donate the processing power already?

Moving along, the tech industry is really taking the bull by the horns and doing what it can to solve the virus by taking some old fashioned steps, such as canceling EVERYTHING. That link is a (continuously updated) ZDNet list of canceled and still scheduled tech conferences that, at the time of this writing, lists more than two dozen that have either canceled completely, rescheduled, or changed to an online-only format. Even Austin’s stubborn SXSW threw in the towel this past Friday.

i stocked up for coronavirus and demolished by whole post-apocalypse stash in 1 day https://t.co/rl18v8tMs0

Of course, here at The New Stack, we had been keeping track of a conversation around virtualizing the Kubernetes Contributor Summit when the Cloud Native Computing Foundation  called off KubeCon Amsterdam entirely, moving the event to an undetermined date later this year. The sentiment, it seemed, was that an online conference simply wouldn’t suffice. Well, now a number of major developer conferences, such as Google I/O and Facebook F8, have canceled completely, others such as the Game Developers Conference (GDC) have also postponed, and others still, such as next month’s Google Cloud Next and GitHub Satellite, have opted for the online-only version, canceling the in-person event itself.

A number of tech companies have also limited non-essential employee travel, and those with campuses located where an outbreak is occurring have told their employees to work from home. It seems that virtual interaction will have to do for now. Microsoft, for example, has shut down its entire Seattle campus until March 25th, requiring all its workers to work from home. Since you, too, may soon be working from home, I thought we would leave off with one final read — Love in a time of Corona Virus — Tips, Tricks and Best Practices for Working Remotely, a blog post from Microsoft’s Scott Hanselman that seeks to “showcase some of the great tips and suggestion[s] for remote work.”

Speaking of working from home, there could be just one upside from all of this — perhaps we could learn how to travel less, work from home more, and do a little bit of that climate saving we’ve been talking about?

COVID-19 is causing academic/technical conferences to be canceled. If this goes on for a while, we will develop increasingly viable non-travel alternatives for doing and sharing our work. Will these (presumably greener) alternatives remain the default after the pandemic passes?

Mike is a freelance writer, editor, and all-around techie wordsmith. Mike has written for publications such as ReadWriteWeb, Venturebeat, and ProgrammableWeb. His first computer was a "portable" suitcase Compaq and he remembers 1200 baud quite clearly.
Read more from Mike Melanson
SHARE THIS STORY
RELATED STORIES
It Happened to Me: How I Suddenly Owed AWS $13,000... Golden Paths Start with a Shift Left Entrepreneurship for Engineers: Avoiding Feature Bloat A Brief DevOps History: The Road to CI/CD Wellspring of Creativity: Why Public Domain Matters
The Cloud Native Computing Foundation and KubeCon+CloudNativeCon are sponsors of The New Stack.
TNS owner Insight Partners is an investor in: The New Stack, Deno.
SHARE THIS STORY
RELATED STORIES
How We Manage Incident Response at Honeycomb 2023 Will Be the Year FinOps Shifts Left Toward Engineering Entrepreneurship for Engineers: Avoiding Feature Bloat It Happened to Me: How I Suddenly Owed AWS $13,000... How Will Working in Tech Change in 2023?
THE NEW STACK UPDATE A newsletter digest of the week’s most important stories & analyses.
The New stack does not sell your information or share it with unaffiliated third parties. By continuing, you agree to our Terms of Use and Privacy Policy.