Reporting from Protocol indicates that Knative is following a similar path to Istio, with Google giving up direct control of the project.
Oct 10th, 2020 6:00am by Mike Melanson 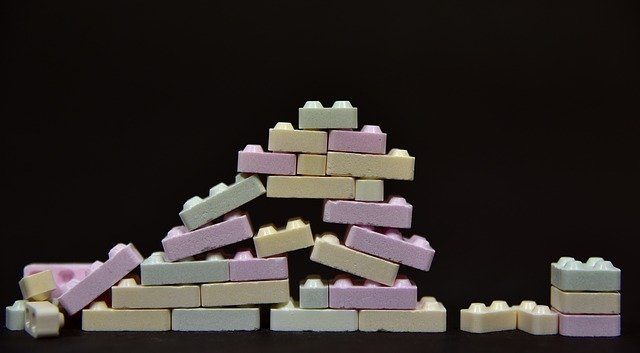 Google first released Kubernetes to the world in 2015, and with it started the cloud native movement as we know it today. With that 1.0 release, Google ceded control of the project and handed it over to the newly formed Cloud Native Computing Foundation (CNCF), a move that some argue has been cause for regret within the company and continues to taint its approaches to its other cloud native pursuits. Whether or not that argument is true, it tends to color the perception of many in the cloud native community around the company’s intentions with its other cloud native projects, such as the Istio service mesh and the Knative platform for running serverless workloads on Kubernetes.

In the case of Istio, for example, Google has avoided taking the same route as it did with Kubernetes, instead creating the Open Usage Commons to handle trademark considerations, with Istio as one of the founding projects, and shortly thereafter restructuring the steering committee to avoid a single vendor control. In essence, the Istio project worked to make clear that it was free of Google’s singular control, without ceding itself over to the CNCF, despite earlier promises to do so.

Earlier this year, we looked at a similar situation with Knative, wherein Google had clarified its position around the project, noting that it had “decided not to donate Knative to any foundation for the foreseeable future.” The announcement was met with hand wringing from some, who worried that the project’s majority control by Google would inhibit both its adoption and momentum, but the steering committee said at the time that it would be looking at different ways to open up control of the project and provide open governance without relying on handing over control to a separate foundation, such as the CNCF.

This week, reporting from Protocol indicates that Knative is following a similar path to Istio, with Google giving up direct control of the project. Protocol’s Tom Krazit writes that Google plans to “announce sweeping changes to the project’s governance structure” which will arrive in the form of “a steering committee structure in which no single vendor can hold more than two seats on a five-seat committee.” Moreso, the change moves seats on the steering committee from being explicitly connected to companies to individuals instead, with an expansion in the number of members possible for the future, which would then include end users as well.

I felt it would be appropriate to share where all these governance ideas first began. In Dec 2019, we hung out in NY and discussed how we might grow the @KnativeProject community. Thank you to all the past and current steering members for helping kick start this effort! https://t.co/TU6z9O0INo

With the article highlighting this change, conversation around the future of Knative has some renewed energy, though some still question what the hesitation is around handing over the project to the CNCF, which is seen as a de facto home for such cloud native open source projects

and yet …if @google ‘simply’ moved to the project to @CloudNativeFdn as so many open source cloud native project have done/ the governance question wouldn’t have been thorny at all.

Why is Google afraid of the CNCF for Knative is the real question that needs to be answered. https://t.co/drj2XgR68M

While Google will retain trademark control over Knative for the time being, one steering committee member notes that even there, the company has relinquished its dominance, providing veto power to others involved. While this move may not appease those who see the CNCF as the only avenue forward for a successful cloud native open source project, it certainly is a step in the right direction, argues Evan Anderson, another steering committee member.

I’m gonna tell my kids that jQuery started the convention of using $, not PHP…

These sites are not currently accessible from The New Stack site. Please paste the URL into your browser window:

Mike is a freelance writer, editor, and all-around techie wordsmith. Mike has written for publications such as ReadWriteWeb, Venturebeat, and ProgrammableWeb. His first computer was a "portable" suitcase Compaq and he remembers 1200 baud quite clearly.
Read more from Mike Melanson
SHARE THIS STORY
RELATED STORIES
Citi Shows Continuous Secure Ingestion for Software Packages ML Can Streamline Kubernetes Provisioning Manifest First — Deploy with Confidence Confidential Compute on Azure with Kubernetes Introduction to Kubernetes Imperative Commands
TNS owner Insight Partners is an investor in: The New Stack, Checkmarx, Aqua Security.
SHARE THIS STORY
RELATED STORIES
Red Hat Helps Make Kubernetes Security More Accessible Retrospective: Why Was Cloud Foundry at KubeCon? Docker versus Kubernetes: Start Here Citi Shows Continuous Secure Ingestion for Software Packages Manifest First — Deploy with Confidence
THE NEW STACK UPDATE A newsletter digest of the week’s most important stories & analyses.
The New stack does not sell your information or share it with unaffiliated third parties. By continuing, you agree to our Terms of Use and Privacy Policy.