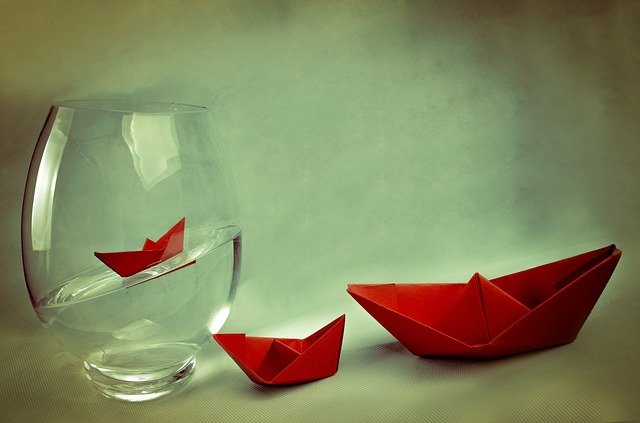 When you hear the word “Kubernetes” what are your first thoughts?

Chances are, the word “complexity” is among some of the first words that come to mind, if you’ve been privy to the general conversation around our favorite cloud native container orchestration system. As such, your first instincts when building a new application may not include the idea of building for Kubernetes — just keep it simple and build an MVP based on the customer’s needs, right? — but the folks over at StackOverflow have put out a blog post this week arguing for why you should build on Kubernetes from day one.

The @StackOverflow engineering team runs one of the most heavily trafficked sites on the Internet. So, I listen when they have opinions on Infra.

Here, they say it’s a smart idea to build on Kubernetes from day 1 … https://t.co/UXrYia4Oh9

“If you’re a developer at an enterprise, you want to make sure that you’re meeting the expectations and needs of the business. Operating at scale is, at best, a tomorrow problem,” they write. “If you’re building a new app today, it might be worth taking a closer look at making it cloud native and using Kubernetes from the jump. The effort to set up Kubernetes is less than you think. Certainly, it’s less than the effort it would take to refactor your app later on to support containerization.”

Now, if you’ve ever attempted to set up and run Kubernetes yourself and run face-first into that steep learning curve, you might be thinking something along the lines of “hell no” right about now. Their solution is simple, of course — simply handoff that part to your favorite giant cloud provider by using their managed Kubernetes service and, voila! From there, the folks at StackOverflow simply see the future-proofing benefits, the ability to be “(somewhat) cloud-agnostic,” and the ability to use Kubernetes to quickly spin up new environments, enabling a GitOps type of workflow.

For the skeptical, two other blog posts from recent weeks also come to mind. First, Ably writes that “no, we don’t use Kubernetes,” arguing instead for a combination of AWS services to handle all of the scaling and complexity.

“To move to Kubernetes, an organization needs a full engineering team just to keep the Kubernetes clusters running, and that’s assuming a managed Kubernetes service and that they can rely on additional infrastructure engineers to maintain other supporting services on top of, well, the organization’s actual product or service,” they write.

While this is part of StackOverflow’s reasoning — “The effort to set up Kubernetes is less than you think. Certainly, it’s less than the effort it would take to refactor your app later on to support containerization.” — Ably argues that “it seems that introducing such an enormously expensive component would merely move some of our problems around instead of actually solving them.”

Meanwhile, another blog post this week argues that Kubernetes is our generation’s Multics, again centering on this idea of complexity. Essentially, the argument here is that Kubernetes is “a serious, respectable, but overly complex system that will eventually be replaced by something simpler: the Unix of distributed operating systems.” Well then, back to Unix it is!

Surely, none of the arguments made here are going to be the make or break of your decision around Kubernetes, but what do you think? Will you be building your next application for Kubernetes from the ground up? Or, like Ably, do you think the juice is not worth that complexity of the squeeze?

It is a privilege and a responsibility to be a software developer.

it is a privilege because we are in a position to change the world.

It is a responsibility because we are in a position to change the world.

Getting started with Knative and Istio
September 13, 2021