This Week in Programming: Kubernetes’ Future in Virtual Machines

A weekly roundup of the most important news for cloud native developers.
Dec 29th, 2018 6:00am by Mike Melanson 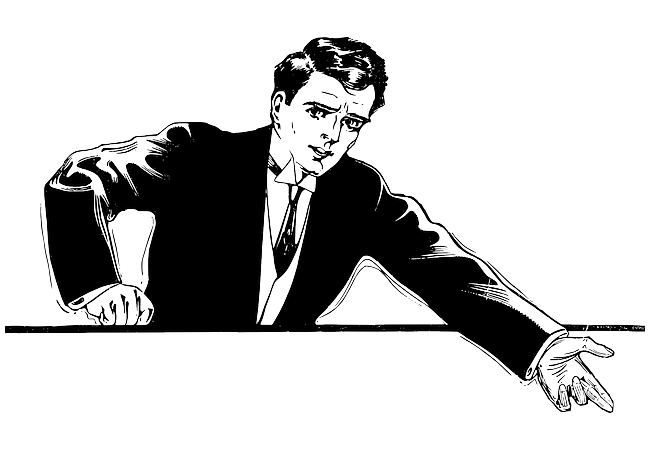 Last month at Amazon’s annual AWS re:Invent conference, the company unveiled a new technology that appeared, on its face, to be the perfect fodder for humor: micro virtual machines. The humor in the scenario, of course, comes from the fact that virtual machines have been around in one form or another since, ohhhhh, the 1960s.

James Watters, senior vice president of products for Pivotal, summed it up perfectly with his tweet — here we have the technology that’s all the rage these days, and the technology that’s here to upend it is the one we’ve been using for decades. The tweet may seem tongue in cheek, but it would seem that perhaps it is anything but, as a flurry of conversation has erupted this week around the idea that the true way forward for containers and Kubernetes is, in fact… virtual machines. Funny enough, this idea, much like the technology of which it speaks, is not brand new either. (Note the 2015 timestamp on the following tweet.)

the future of containers is virtual machines

Paul Czarkowski, a container devotee since Docker’s early days and fellow Pivotal employee, penned an article this week that has been making the rounds, boldly declaring that the future of Kubernetes is Virtual Machines — and people are not guffawing in response, but rather agreeing, and rather vehemently, at that.

“I am a big fan of containers and I’m not going to try to suggest that containers are dead. What Docker brought us in 2013 was a wrapper around Linux Containers. They showed us an amazing new way to build, package, share, and deploy applications,” writes Czarkowski. “There’s one sticky problem that’s left to solve, and this I believe will prove to be the downfall of the container … multi-tenancy. Linux containers were not built to be secure isolated sandboxes (like Solaris Zones or FreeBSD Jails). Instead, they’re built upon a shared kernel model that utilizes kernel features to provide basic process isolation.”

Now, if you were hesitant to agree with the idea that virtual machines were the way forward, maybe just give a read to the Twitter thread by GitHub engineer, ex-Docker core maintainer, and self-dubbed “Keyser Söze of containers” Jessie Frazelle, who writes that “Kubernetes was not made with security in mind. It was an afterthought and as such you will continually be a hamster in a wheel sweating your ass off unless you build your own with hard multitenancy in the design.”

Frazelle dove deeper into this very topic last May, with her blog post discussing hard multitenancy in Kubernetes. The basic idea behind this idea of hard multitenancy — and the feature Czarkowski and others see lacking with Kubernetes — is that “tenants do not trust each other and are assumed to be actively malicious and untrustworthy. Hard multitenancy means multiple tenants in the same cluster should not have access to anything from other tenants. In this model, the goal is to have the security boundary be the Kubernetes namespace object.” And this is a problem yet to be solved, which brings us back to the current suggestion — that virtual machines, or some form thereof, may actually be the way forward… despite the fact that they’ve been here the whole time.

You mean one config gone wrong or one missed patch and you're "cluster fucked"?

Of course, if you’re interested in all of the gory technological details, make sure to give both of these blog posts a full read. Suffice it to say, Czarkowski says, that much of this is nothing new.

“The cloud providers are already working towards this future. You can see this forming by watching what is happening in the Open Source Communities. (Arguably Amazon is already doing this opaquely with Fargate),” concludes Czarkowski. “Tied together with the correct improvements to the Kubernetes hard tenancy model and you’ll arrive at the holy grail of Kubernetes. Full isolation of Kubernetes workloads and a pure per Pod consumption cost model to run workloads on Kubernetes.”

So, as a developer watching the world go ga-ga over Kubernetes and declaring 2018 “the year of Kubernetes,” you may have been thinking to yourself, “in 2019, I’m going to figure out this whole Kubernetes thing.” Or maybe you’ve just thought to yourself, as it seems many have, “Kubernetes is just too damn complicated.” Either way, you may be in luck — you may just get to stick with virtual machines in the end anyway!

And for the rest of you, simply looking at taking on web development in the year ahead, here’s a nice little video that offers a quick-ish guide to what you need to do:

As far as news goes this week, well, as you might imagine, there really isn’t any. But, there are a few links we thought worthy of sharing, nonetheless. So here we go.

My New Year’s resolution is to only use artisanal software lovingly crafted off the grid with recycled code by pairs of fully organic humans using non-GMO ones and zeros and with assurances that no bugs were harmed during testing. https://t.co/SXb7K1TcSx

Mike is a freelance writer, editor, and all-around techie wordsmith. Mike has written for publications such as ReadWriteWeb, Venturebeat, and ProgrammableWeb. His first computer was a "portable" suitcase Compaq and he remembers 1200 baud quite clearly.
Read more from Mike Melanson
SHARE THIS STORY
RELATED STORIES
Poisoned Lolip0p PyPI Packages Core Wars Shows the Battle WebAssembly Needs to Win OpenSSF Aimed to Stem Open Source Security Problems in 2022 The Top 4 Threats to Securing Your Cloud Infrastructure Twitter Leak Shows How Important API Security Remains in 2023
TNS owner Insight Partners is an investor in: The New Stack, Docker.
SHARE THIS STORY
RELATED STORIES
Immuta Detect Provides Proactive, Reactive Data Security The Top 4 Threats to Securing Your Cloud Infrastructure MITRE ATT&CK Framework: Discerning a Threat Actor’s Mindset 4 Supply Chain Security Threats and How to Handle Them 3 Principles for Building Secure Serverless Functions
THE NEW STACK UPDATE A newsletter digest of the week’s most important stories & analyses.
The New stack does not sell your information or share it with unaffiliated third parties. By continuing, you agree to our Terms of Use and Privacy Policy.